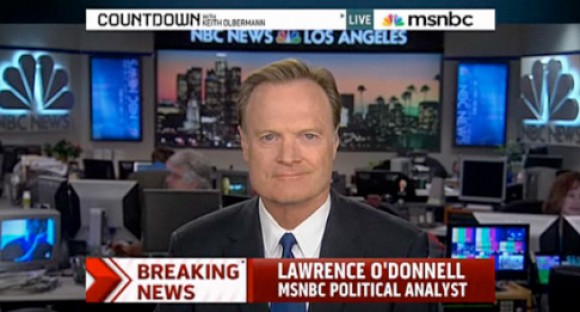 The liberal media, liberal non-profits, and Congressional Democrats are urging the public to look the other way from the IRS targeting scandal. The problem, they argue, is the presence of 501(c)(4)s that engage in political activity—instead of being “exclusively” social welfare organizations. What, exactly, do they mean by social welfare? These liberals assert that a regulation by the IRS, active since 1959, which contradicts a U.S. statute, is to blame.

Such was the argument recently promoted on the MSNBC show, “The Last Word with Lawrence O’Donnell.” “The original statute passed by Congress requires [that] 501(c)(4) organizations engage exclusively in social welfare activities,” said Rep. Elijah Cummings (D-MD) on the May 22 show. “But in 1959, [the] Treasury Department issued a regulation that requires these entities only to be primarily engaged in social welfare activities. As a result, many groups now believe they can spend up to 49 percent of their funds on campaign-related activities,” he asserted.

O’Donnell, who bragged and gloated that “you heard it here first,” uses quotes from eight liberal Democratic Congressmen and Congresswomen to make his point. “And so, the real scandal here is not that the applications were delayed but that they were ever approved,” he said (emphasis added). He further said, “But by either standard, the standard of the law written by Congress or standard of the regulation as misinterpreted by the IRS, any organization with the name of a political party in its title of any size from the Democratic Party to the Tea Party to local Tea Parties to Socialist Workers Party to the Green Party—every single such application should have been rejected for 501(c)(4) status as a matter of law.” O’Donnell made similar assertions on his show throughout the week.

Others have made similar points. ProPublica, a liberal non-profit organization that does investigative journalism, at least offered a more substantive argument than O’Donnell. They recently outlined six facts they believe are being left out of the IRS scandal story. Among them are that social welfare non-profits are supposed to be engaged “primarily” in social welfare activities, not politics, and that “Most of the money spent on elections by social welfare nonprofits supports Republicans.” They said that “Of the more than $256 million spent by social welfare nonprofits on ads in the 2012 elections, at least 80 percent came from conservative groups, according to FEC figures tallied by the Center for Responsive Politics.” Is this supposed to be a fact they object to, or do they believe that the mere fact that conservatives are more successful at using these groups means prima facie that conservative 501(c)(4)s deserve further scrutiny?

MSNBC’s O’Donnell—and its entire primetime lineup of liberal activists—typically operates as a defense team and apologist—as well as a mouthpiece—for President Obama’s narratives. In fact, part of the original justification for the IRS “mishandling” of conservative groups’ applications for tax-exempt status was the ambiguity in the law, which has been mirrored in the President’s statements. “The vagueness of the law may have contributed to the problems, President Obama said Thursday in his response to the controversy, reported the Los Angeles Times on May 16 (emphasis added). “Congress and his administration need to ‘look at some of the laws that create a bunch of ambiguity in which the IRS may not have enough guidance,’ he said.”

We really don’t have to look very hard to see who considers the actions of the IRS to be inappropriate, or worse. While O’Donnell and the others are trying to justify or downplay the actions of the IRS, others are not so forgiving. “As acting commissioner I want to apologize on behalf of the IRS for the mistakes that we made and the poor service that we provided,” said former IRS commissioner Steven Miller about the scandal. President Barack Obama called these actions “outrageous” and “unacceptable.” “White House spokesman Jay Carney…called the IRS action ‘inappropriate’ and said the Obama administration supports a full investigation, suggesting the Treasury Inspector General for Tax Administration would have jurisdiction,” reported USA Today. IRS official Lois Lerner also apologized. “That was wrong. That was absolutely incorrect, it was insensitive and it was inappropriate,” said Lerner. Former IRS Commissioner Doug Shulman said he regretted that the IRS actions happened on his watch and was “deeply saddened” by them, but refused to apologize at a hearing, reported The Washington Post on May 21.

So while these people acknowledge that what occurred was wrong and inappropriate, they argue it wasn’t politically motivated. They would have been much better off trying O’Donnell’s line of defense. Their defiance might have paid off, and the media most likely would have backed off. But they’ve already admitted doing the deed. They just claim that it was incompetence and lack of clear guidance that caused it.

Not enough guidance? As Accuracy in Media has outlined in a number of stories, the IRS deliberately targeted conservative groups while approving applications by liberal groups for tax-exempt status. Not only did USA Today describe this as a 27-month “Tea Party moratorium,” but at the same time, according to The Daily Caller, the Barack H. Obama Foundation was approved in a single month. (The ProPublica piece completely ignores the selective targeting of conservative groups, instead focusing on what it sees as the bigger picture.)

Now we learn that the decision to target these groups may have come from a single manager. “Because all six of our IRS workers have different individual and territory managers, Cindy Thomas is one manager they all have common,” reported Fox19.com. “The independent journalism group ProPublica says in November of 2012 they had requested information on conservative groups that had received non-profit status.”

“Along with that information, the IRS released private information on nine conservative groups that had not yet been approved and personal information had not been redacted,” reported Ben Swann for Fox19. “The person who signed off on that release, Cindy Thomas.”

With abuses like these, it becomes cold comfort to rely on the IRS to further regulate political speech. In addition, don’t social welfare organizations actually have something to say about politics without endorsing candidates? John Podhoretz, writing for Commentary magazine, said that the IRS’s policing power means that it should revoke a 501(c)(4) status following misconduct, not that it should presume guilt of organizations who are applying for tax-exempt status.

“Talking heads like MSNBC’s Lawrence O’Donnell bloviate that many Tea Party groups (and similar groups on the left like the President’s Organizing for America) are not social welfare organizations,” wrote Steve Klein of the Wyoming Liberty Group for Canada Free Press. “However, these critics provide no definition of ‘social welfare.’” In fact, any government attempt to devise what constitutes social welfare activity is prone to problems. “Money contributed to politicians should be regulated and large amounts disclosed,” he argued, while “money spent on messages that criticize or praise a candidate for his or her position on a certain issue should not.”

If the IRS did change the word “exclusively” to “primarily” in its regulations back in 1959, this is little different from what presidents, especially President Barack Obama, do today. The Administration has selectively enforced the Defense of Marriage Act, and issued its Dream-Act mirroring executive order. Its 20,000-plus pages of regulations added to Obamacare have certainly altered the meaning of this law. And now the Administration has provided 37 states and the District of Columbia with waivers to get around No Child Left Behind’s provisions.

The President has also continued the practice of signing statements, which then-candidate Obama criticized the Bush Administration for. “Candidate Barack Obama criticized President Bush for using ‘signing statements’ to ignore the will of Congress,” reported The Daily Beast in January 2012. “But as the president now seeking reelection in 2012, on at least 20 occasions Obama has embraced the same tactic he criticized George W. Bush for using, raising allegations of double-dealing in Congress and questions of constitutionality from the American Bar Association.”

There is also the issue of the cover-up. Often the cover-up is worse than the scandal itself. But at this point it’s hard to say which is worse. The story has changed almost daily about what key White House people knew, when they knew it and what they did with the information.

Clearly, more needs to be solved at the IRS than a single regulation which has been in effect since 1959, liberal assertions aside.