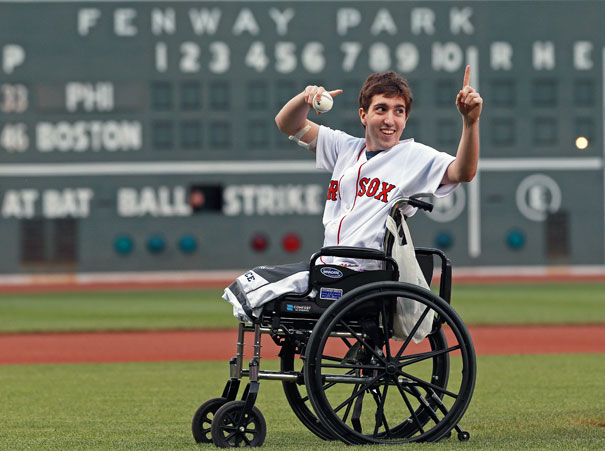 We are witnessing a disturbing pattern. President Obama always puts the best interest, well-being and rights of our enemies above providing protection and justice for the American people.

My wife ranted, “It is as if Obama is desensitizing us to the suffering of our people in these terrorist attacks.”

The Benghazi scandal perfectly illustrates her point. The Obama Administration has paid lip service expressing it’s regrets that four Americans died. But are you feelin’ the love; a vibe of real compassion or concern coming from the Administration about the torture and deaths of Ambassador Chris Stevens, information officer Sean Smith, and former navy SEALs Tyrone Woods and Glen Doherty? Absolutely not! As a matter of fact, U.S. Assets in the area ready to come to the defense of Ambassador Stevens was ordered to stand down by someone of power in the Obama Administration.

Obama and company have lied and done everything in their power to stonewall and cover-up what happened in Benghazi. http://t.co/hTEwZbFdvW

Now get this folks, the FBI has enough evidence for our military to seize five suspects believed responsible for murdering Ambassador Stevens, Sean Smith, Tyrone Woods and Glen Doherty. The suspects have not been arrested because the Obama Administration insists on trying them in civilian court and do not believe it has enough evidence for a conviction. http://bit.ly/12v8X3G Why is Obama bending over backwards for terrorists; seeking to give them a platform and taxpayer funded attorneys in civilian court? Meanwhile, in case you have not noticed Sean Smith, Tyrone Woods and Glen Doherty are now only referred to in the media as “three other Americans”.

Here is another example of Obama protecting our enemy, while telling Americans to just deal with it.

Americans were enjoying a beautiful day watching family and friends running in the Boston marathon. Moments later, lives were brutality changed for ever; loved ones gone (dead), limbs blown off and hundreds severely injured. The first response of Obama was to make sure no one blamed Islamic terrorists. Upon arresting an Islamic terrorist for the bombing, Obama’s Justice department immediately ran to make sure Dzhokhar Tsarnaev was read his Miranda rights and provided with high powered elite attorneys paid for by us taxpayers. http://bit.ly/14KIsgg Tsarnaev stopped talking. Why would Obama provide cover for Tsarnaev to not answer questions vital to the safety of the American people? http://bit.ly/XYSyoM

This next example should get your blood boiling.

Retired Sgt. Alonzo Lunsford, shot seven times in the Ft. Hood terrorist attack is stuck with paying his own medical bills. The shooter, Nidal Hasan has been paid $278,000 while waiting trial. http://bit.ly/190gOvm

Because the Obama Administration insists on classifying the shooting “workplace violence” rather than a “terrorist attack”, Sgt. Lunsford and other shooting victims are denied combat-related pay. They are not eligible for Purple Heart retirement or medical benefits.

The Ft Hood shooting was unquestionably a terrorist attack. Before shooting, Hasan yelled, “Allahu Akbar!” Once again, our enemy, Hasan, is well taken care of by the Obama Administration while Sgt. Lunsford and fellow great American good guys get the shaft.

Another example of Obama’s obsession with coddling our enemies while putting Americans at risk is Obama’s desire to close Guantanamo Bay. Guantanamo detainees are the worst of the worst, caught on the battle-field trying to kill Americans. They receive first-rate medical care, special diets respecting their religion, special concessions for their religious needs and cable TV. Upon their release, many former detainees return to the battle-field killing Americans. With gas and food prices continuing to soar, extremely high unemployment, millions of American homes financially under water, the first U.S. Ambassador killed in 30 years, global jihad and three major scandals on his Administration’s plate, why is releasing our enemies apparently Obama’s number one priority?

Despite the Ft Hood shooting, the attack on our consulate in Benghazi and the Boston bombing by Islamic terrorists, Obama persists in playing the role of defense attorney for those seeking our demise. In a recent speech, Obama ignored the facts and continues to proclaim that the war on terror is over and Al-Qaeda is on the run. http://wapo.st/12MZLHX

In The Art of War, Sun Tzu advises that one know their enemy.

President Obama’s denial of our enemy puts America at great risk while providing cover for our enemy. Are you noticing a very disturbing pattern? God bless.

One thought on “Disturbing Pattern: Obama Puts Our Enemies Above Us”