By: Nelson Abudllah
Conscience of a Conservative

The Muslim influence in our government is increasing out of proportion to the percentage of the Muslim population. Why this is happening may largely be due to having a Muslim Democrat occupy the White House who has appointed several Muslims to high office. While the latest news suggests that the Dept. of Justice is now considering to adopt the Islamic Sharia Law that considers anything uncomplimentary or embarrassing to Muslims as Blasphemy, it should be noted that Muslims in America consider this to be a one-way street. Here are a few examples of how Muslims consider America and our Bill of Rights. 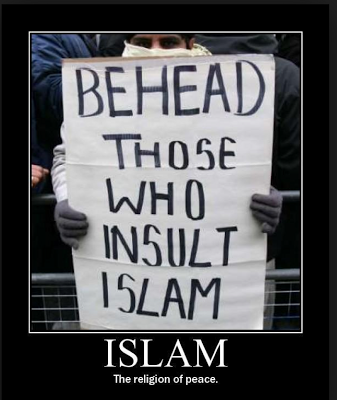 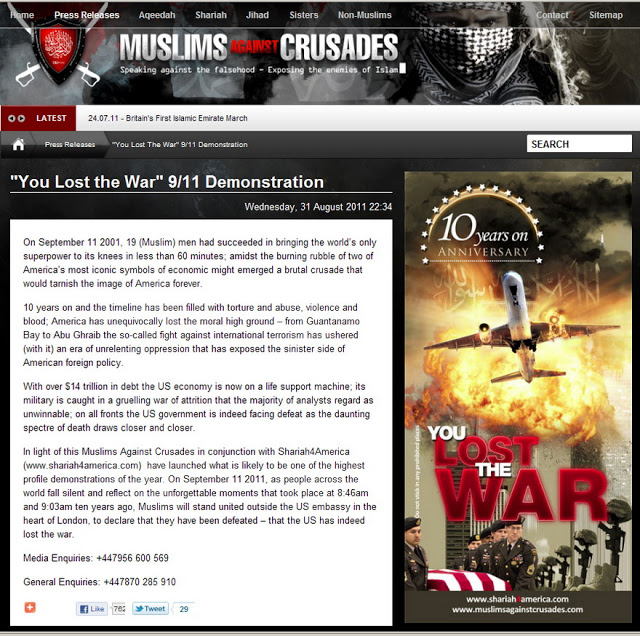 The following is a full screen capture of the Muslim web site that can only be appreciated full size. This is how this Muslim group view our Statue of Liberty – wearing a full face covered veil. That veil is only a temporary plan since they expect to demolish the Statue of Liberty when they take complete control of our government. 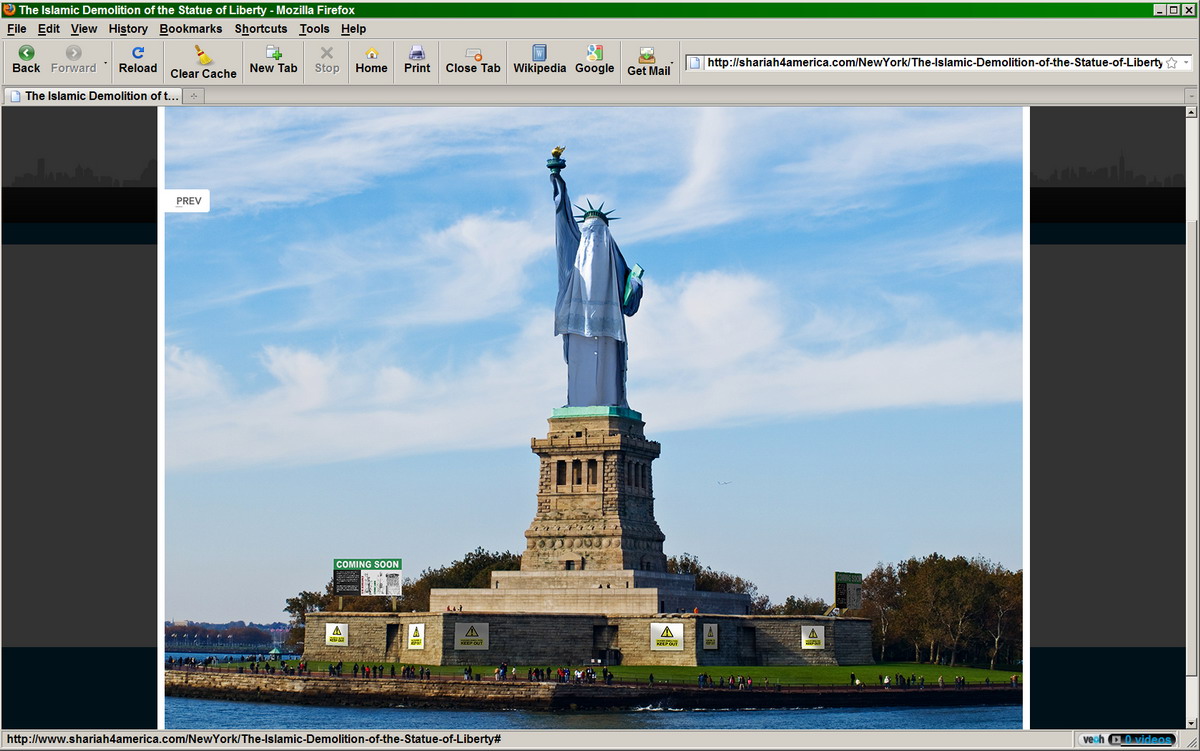 Of course, the Justice Dept. is not at all concerned with public attacks on Christians or Jews in America. In spite of fact that the U.S. Supreme Court ruled a few years ago that even the most hate-filled sentiment against a religion is protected as Free Speech. That was in the case of small mid-west church that went around picketing the funerals of some American soldiers killed in Iraq. 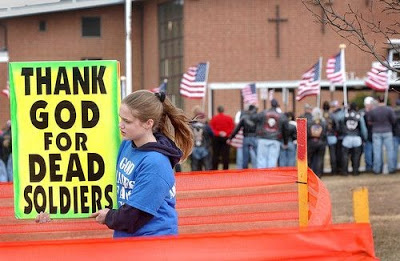 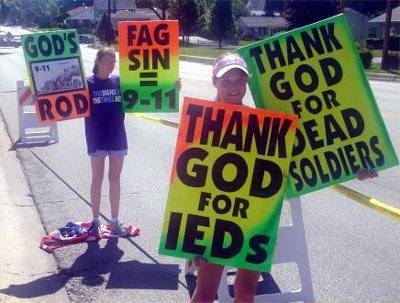 U.S. Attorney: Anti-Muslim Speech Could Be a Civil Rights Violation

A U.S. attorney in Tennessee is reportedly suggesting that anti-Islam postings on social media could actually be considered civil rights violations. 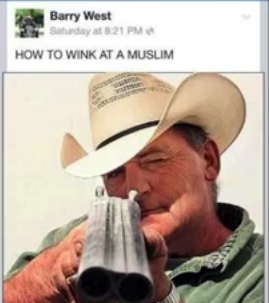 Bill Killian, U.S. attorney for the Eastern District of Tennessee, told the Tullahoma News that inflammatory or hateful posts could potentially run afoul of the law. He will speak next week alongside the head of the FBI’s Knoxville office at a meeting sponsored by a local American Muslim advisory group.

“This is an educational effort with civil rights laws as they play into freedom of religion and exercising freedom of religion,” Killian told the newspaper. “This is also to inform the public what federal laws are in effect and what the consequences are.”

He pointed to a Tennessee county commissioner who posted an image of a man aiming a double-barreled shotgun to Facebook with the caption, “How to wink at a Muslim.

“If a Muslim had posted ‘How to Wink at a Christian,’ could you imagine what would have happened?” Killian said. “We need to educate people about Muslims and their civil rights, and as long as we’re here, they’re going to be protected.”

He told the newspaper that Internet postings that violate civil rights fall under federal jurisdiction.
“That’s what everybody needs to understand,” he said.

The Justice Department did not respond to a request from Politico about what it considers offensive speech about Islam, or about using civil rights law to prohibit it.