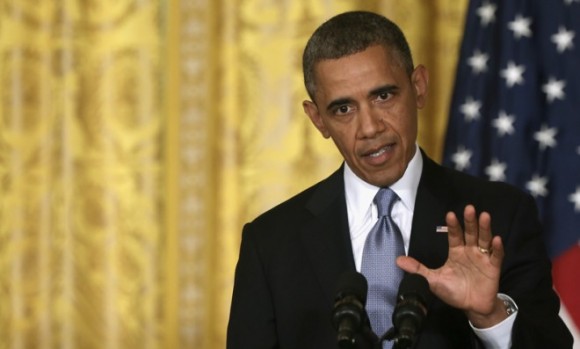 Obamacare will be successful in California next year. That’s what liberal commentators are saying after the executive director of Covered California, Peter Lee, declared a “home run” for Californians. The joy relates to a press release which asserts that “The rates submitted to Covered California for the 2014 individual market ranged from two percent above to 29 percent below the 2013 average premium for small employer plans in California’s most populous regions.” In reality, according to Avik Roy of Forbes, Obamacare will increase individual health insurance premiums by 64 to 146% in one year.

Roy notes that the press release makes an apple-to-oranges comparison, from “Obamacare-based insurance to a completely different type of insurance product, that bears no relevance to the actual costs that actual Californians face when they shop for coverage today.”

“He was comparing apples—the plans that Californians buy today for themselves in a robust individual market—and oranges—the highly regulated plans that small employers purchase for their workers as a group,” writes Roy. “The difference is critical.”

But critical thinking seems to be in short supply on the left. The New York Times’ Paul Krugman hails this as a California success story. He wrote: “Yet important new evidence—especially from California, the law’s most important test case—suggests that the real Obamacare shock will be one of unexpected success.” Krugman argues that “A handful of healthy people may find themselves paying more for coverage, but it looks as if Obamacare’s first year in California is going to be an overwhelmingly positive experience.”

A handful of people? Try the entire California individual market. “To put it simply: Covered California is trying to make consumers think they’re getting more for less when, in fact, they’re just getting the same while paying more,” wrote Lanhee Chen, of the Hoover Institution and Stanford University, for Bloomberg on May 24.

Individuals who earn less than 400% of the federal poverty line ($45,960 for an individual) will be somewhat shielded from the law’s effects by generous subsidies, said Sarah Kliff of The Washington Post. This prompted the Post, ever a cheerleader for Obamacare, to title her piece “California Obamacare premiums: No ‘rate shock’ here.”

“An individual earning 150 percent of the poverty line, for example, won’t be expected to spend more than 4 percent of his or her income on a health plan,” writes Kliff. “About 2.6 million Californians are expected to qualify for some level of subsidy support.”

“Still, these credits could end up being a big boon to the Obama administration as it looks to convince low-income Americans to enroll.”

As Accuracy in Media has previously noted, government subsidies do not make health insurance cheaper, but more expensive for the American public. After all, where do these dollars come from? They come through taxes collected from the American people or deficit spending on the backs of future generations.

Once published, Avik Roy’s article in Forbes “prompted denunciations from liberal writers Ezra Klein, Paul Krugman and Jonathan Cohn,” said Philip Klein in the Washington Examiner on June 3. “Essentially, these liberals argue that it isn’t fair to focus on the insurance premiums for the young and healthy, because what really matters is that the health care law expands insurance to those who really need it but cannot get it now, either because it’s too expensive, or because they have pre-existing conditions and thus cannot obtain insurance at any price.” Clearly, the left can’t handle hearing straight math on this subject.

Currently, the number of persons on Medicaid in the United States, 72.6 million, exceeds the population of France or the United Kingdom, according to CNS News. “In fiscal 2008, the last full year before President Barack Obama took office, there were 58,794,000 Medicaid enrollees,” wrote Terry Jeffrey. “Since then, Medicaid enrollment has expanded by more than 23 percent.”

“Also, some people are too poor to afford coverage even with the subsidies,” writes Krugman. “These Americans were supposed to be covered by a federally financed expansion of Medicaid, but in states where Republicans have blocked Medicaid expansion, such unfortunates will be left out in the cold.” As noted above, Medicaid enrollment has already increased by 23 percent. How high is this supposed to go? Krugman, for himself, would like his readers to believe that all the law’s failures can be chalked up to Republican intervention. “So there will probably be a lot of administrative confusion as the law goes into effect, again especially in states where Republicans have been doing their best to sabotage the process,” he adds (emphasis added).

President Obama would like Americans to believe that Obamacare’s problems, such as rate hikes are not the fault of the law—they’re the fault of the insurers. “And whenever insurance premiums go up, you’re being told it’s because of Obamacare—even though there’s no evidence that that’s the case,” he said on May 10.

“So right now there are a whole bunch of folks out there, their insurance company decided to jack up rates, and they’re automatically assuming, well, somehow the law had something to do with it,” continued President Obama. “No, that had to do with a decision the insurance company made,” he asserted. In other words, let’s assume that additional federal requirements create no additional cost to the insurers.

But these costs are actually quite high. According to CNS News, the Internal Revenue Service (IRS) has estimated the annual insurance cost of the cheapest Obamacare program for a family of five at $20,000.

And speaking of the IRS, already the subject of numerous investigations for its targeting of conservative groups seeking tax exempt status, it is now seeking to hire up to 16,500 new agents and auditors to “enforce and implement ObamaCare.”

As Investor’s Business Daily (IBD) pointed out, the new powers of the IRS will include, for the first time, the sharing of “confidential taxpayer information with the Department of Health and Human Services, raising the risk of abuse.”

In addition, the IRS, as chief enforcer of Obamacare, will:

At a time the American public has rightly lost faith in the IRS to act independently, with integrity, and without political considerations, the IRS is being asked to oversee and implement this most private and confidential aspect of our lives, and we are being asked to trust them. As IBD argued, “Imagine a new army of partisan bureaucrats prying into otherwise private medical records and accessing information that only you and your doctor should know.” What could go wrong?

These are just some of the latest reasons that Obamacare appears destined to become the “train wreck” that even leading Democratic Senators Harry Reid (NV) and Max Baucus (MT) have predicted, if it’s not implemented correctly. Even if it is implemented correctly, it still figures to be a job killer while raising healthcare costs and reducing quality—indeed, a train wreck.