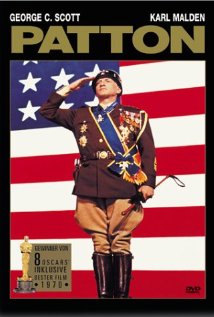 The movie, Patton, was on this morning as I was preparing to leave for a job. There’s a line where General Patton explains how he doesn’t like to pay for the same property twice, a reference to how many lives it cost the first time and his refusal to retreat only to have to retake the same property in the future. There’s a lot of wisdom in that statement.

A little later while driving between jobs I called my mother on the phone, wanting to hear about how they did with Broady, their cat. Broady was supposed to take a trip to the veterinarian this morning, a challenge since Broady doesn’t like being placed in the pet carrier. Mom had been fretting about how to accomplish that task all week so she placed the pet carrier at the end of the bed with the door open hoping Broady would consider it a natural fixture. 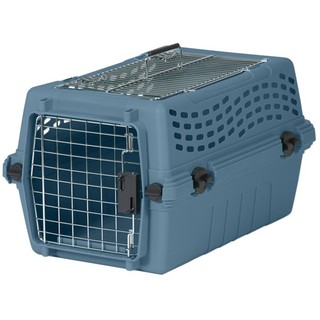 In the wee morning hours Broady had taken up a spot on mom’s bed snuggled up to her legs. Mom carefully picked up the sleeping cat and eased him into the cat carrier and closed the door; no chasing the frightened cat around the house, job done.

About three in the morning dad woke up to the sound of Broady complaining about being in the cat carrier; you guessed it, dad let him out. You’d think that after all these years of being married these two would let each other in on the game plan; but that would ruin all the fun.

I’m sure there were some sarcastic jabs thrown out with equally interesting rejoinders; my folks enjoy a good exchange when things are a bit dicey.

I’m told that dad grabbed Broady by the scruff of his neck, much as a mother cat manages her kittens, and placed him in the cat carrier without any real issues. The first aid kit was not needed, this time.

Upon reaching the parking lot in front of the veterinarian clinic my folks took advantage of an abandoned grocery shopping cart, placing the cat carrier with an angry Broady within the safe confines of the cart to be easily wheeled the remainder of the way. Broady weighs in at just under 12 pounds so the shopping cart was a good find.

The check up went well and Broady got a check mark on his card that will last until next year. My folks can get back to normal, read their books or watch a golf match.

This reminded me of a police incident from many years ago on night shift. I’d been dispatched along with another one man police unit to a disturbance involving a woman with a knife. Sure enough when we arrived at the location, a small apartment complex in our beat, there was a young woman, highly excited, holding a butcher knife to her wrist threatening to cut herself up.

We did what we were supposed to do, talk in low unthreatening tones in order to get the woman to take it down a notch. The moment she relaxed, even for half a moment we both latched onto her and took the butcher knife away.

That would have been great except…; don’t you just hate it when you see a line like that?

Everything would have been fine except the dunder-headed police officer, the fellow who was supposed to be helping; yea, that guy put the butcher knife down on the counter top right where this crazy woman could simply reach over and grab it. We had a much harder time finding a ‘window of opportunity’ to disarm her the second time as she was on to our methods.

That line from Patton has many applications; but in the end, I hate paying for the same property a second time.