Alright, so Obama’s about to launch World War III. I believe it’s already started. And this is all on the heels of the massive scandals. Too many to count. Honestly, I don’t know what I’m going to wake up to tomorrow.

All I know is that we’ve had scandal after scandal – Benghazi, the IRS scandal, the fact that he’s directly lied to our faces regarding the wire-tapping, not just of the Associated Press, but of innocent Americans, the surveillance state… total lies.

It really is unbelievable. So count on it, count on it. I don’t know what we’re going to wake up to tomorrow… we really don’t know.

We just know what the agenda is – lie straight to the American peoples’ faces as you take them to war and confiscate all their wealth – of which they’ve done a fantastic job.

So, the reset button, the massive reset button which always occurs throughout history – you know we see this with the rise and fall of empires – is war. That’s how they reset everything financially.

So that’s what’s on the Obama agenda as he sits in the war room… That’s what we have coming… war, death, destruction, and to a great extent could absolutely be the Armageddon.

Observing the state of our nation is becoming painful to the point of sickening as chaos replaces our constitutional rule of law. Is it any wonder some folks are having difficulty determining right from wrong?

Take for example the case of Edward Snowden; is he a traitor or an American patriot, it all depends on which degree of chaos vs the rule of law you happen to ascribe to.

“Snowden is behind one of the biggest intelligence leaks in American history. The former Booz Allen Hamilton contractor who worked at the National Security Agency, hopped a flight to Asia on May 20 and has remained on the lam ever since.”

When the government violates the rule of law nothing seems to matter; but if an individual points out the absurdity of it all, that person somehow is a threat to our national well being.

Conservatives in general, anti-abortion groups, constitutionalists or those who have Tea Party leanings are labeled rightwing extremists or home grown terrorist candidates, persons of interest that the government believes need to be carefully tracked. However; others who align with known terrorist groups like the Muslim Brotherhood are welcomed with open arms, even brought into our country with favored status.

“In her statement Wednesday (April 15, 2009), Ms. Napolitano defended the report, which says “rightwing extremism” may include groups opposed to abortion and immigration, as merely one among several threat assessments.” 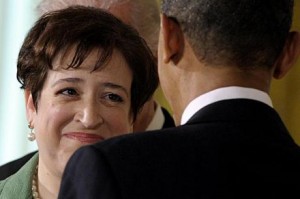 On the other hand and in more recent news…wait as lungs discharge a sigh of disbelief, Homeland Security Secretary Janet Napolitano is the target of a law suit from her very own Ice employees for her directive NOT to enforce immigration laws.

“The lawsuit’s plaintiffs include ICE Agents Union President Chris Crane who contends DHS Secretary Janet Napolitano and ICE Director John Morton’s issuance of the Prosecutorial Discretion Memorandum, that prevents agents and employees from fulfilling their sworn oath to uphold the law and defend the US Constitution.”

Napolitano is simply following the bidding of president (little p) Obama as he continues to snub his nose at a Congress which specifically rejected Obama’s Dream Act; an act which instead of being passed into law via constitutionally accepted means has now been signed into law via “prosecutorial discretion”.

This isn’t exactly the same as an executive order which acts as if it were law; however, any directive which originates from the White House down the chain of command has, in effect, the same result even if SnopesDotCom would prefer to split hairs on the issue.

“The Obama administration announced that it would suspend deportation proceedings against many illegal immigrants who pose no threat to national security or public safety.

The policy is expected to help thousands of illegal immigrants who came to the United States as young children, graduated from high school and want to go to college or serve in the armed forces.

If young illegal aliens like the ones Obama wants to grant immunity to really wanted to be assimilated into our culture, to become United States citizens then why did the Hispanic students at Montebello High School take down the American Flag in protest only to hoist the Mexican Flag above it? This comes across as an act of defiance as opposed to young people expressing gratitude for having enjoyed the blessings of liberty. You could say these young people just spit in the face of every American, something listed as criminal assault in most places.

If you haven’t figured it out “prosecutorial discretion” means these folks have no intention of enforcing the law equally, which if I’m not mistaken is their sworn duty. They can pick and choose which laws they wish to uphold or who to enforce them against; not exactly the rule of law which permits citizens to understand where they stand in relationship to others.

This ties in with another example of Obama’s use of “prosecutorial discretion”, the release of thousands of illegal aliens who were already in custody awaiting deportation back in February of this year. Originally we were told these folks were no threat to our safety, minor traffic violators who happened to be here illegally; however, later reports would tend to contest these claims. Many of these illegal aliens were in fact hardened criminals.”

“An internal document obtained by the House Judiciary Committee shows that Administration officials at ICE prepared cold calculations to release thousands of criminal aliens onto the streets and did not demonstrate any consideration of the impact this decision would have on the safety of Americans,” committee chairman Bob Goodlatte, R-Va., announced.”

The New York Times profiled a “low risk” detainee released by ICE. The detainee was taken into custody “when it was discovered that he had violated probation for a conviction in 2005 of simple assault, simple battery and child abuse, charges that sprung from a domestic dispute with his wife at the time.” NRO’s Jim Geraghty asked, “If convictions for ‘simple assault, simple battery and child abuse’ make you ‘low-risk,’ what do you have to do for Janet Napolitano to consider you ‘high-risk’?”’

The short list of anomalies shown here are small yet glaring examples of life here in these United States, a nation defined by the rule of law, or at least it was at one time.

To get your blood boiling I’ll include links to other anomalies which tend to support the idea that the Obama administration has used agencies of the government in ways never intended or condoned by the rule of law.

Debra Heine posted an article, ‘Rampant Injustice’: The IRS And DOJ Raid Small Businesses With Paramilitary Gestapo Style Tactics. A detailed account of how the government sent 40 to 50 armed agents to lock down a business, intimidate the owners and employees, haul away boxes of files all under threat of imminent physical assault, having firearms aimed in their faces. The open ended warrant failed to meet up with judicial standards, no charges were ever filed and yet many of the documents seized have yet to be returned.

Kevin A. Lehmann posted an eye opener, Supreme Court Justice-Elena Kagan-is Pro Sharia Law! “Just when you thought all the talk about Barack Obama usurping the Constitution to bring the United States into compliance with the UN and the Sharia-dominated New International Order was little more than right-wing conspiratorial propaganda—Think Again! The “Appointed One,” in cunning Islamic style, is covering all the bases by laying the foundation, including placing an ally in the United States Supreme Court!”

Catch me when I fall; but how can anyone, even those on the radical left rationalize our constitutional form of government embracing Sharia Law? Then tell me how is it possible for a sitting member of the Supreme Court, an individual sworn to uphold the constitution; how is it this person is permitted to continue in that position? Words fail to articulate my disgust.

America is in serious trouble. All the games, deceptions, smoke and mirror tricks employed will not save us from utter destruction as chaos replaces the rule of law. May God have mercy on us for having ignored the wisdom and restraints found in our constitution.