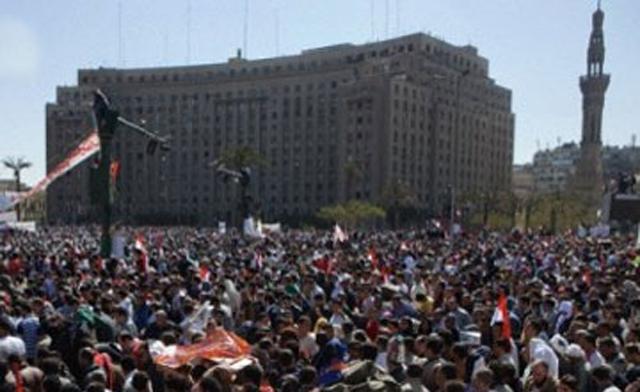 The January 2011 uprising
“Islam is the solution” was the magic slogan reprocessed by the Egyptian Muslim Brotherhood in January 2011 to ride protestors as angry Egyptians rose up, fed-up with a dictator who planned to hand the country over to one of his corrupted sons. For Westerners, democracy was blossoming with an Arab Spring; for Egyptian secularists, intellectuals, and overall, the Copts, disaster of tsunami proportions was approaching from the East. Wahhabi, Salafi, Jihadi — you name it. Copts in the Diaspora viewed this as part of the 1,400 year old reality of the Arab-Muslim invasion of an ancient, civil society. 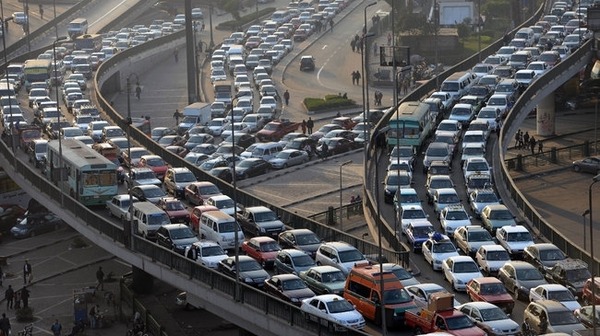 Two years of chaos 2011-2013
As Egyptians know, the Muslim Brotherhood (MB) began their ascent during 2011 protests when the MB took control of the uprising upon Mubarak’s collapse. Shortly after, Supreme Council of Armed Forces (SCAF), the interim authority with temporary power to operate and protect Egypt, shared their privileges with the rising MB hoping in return to gain access to MB power and privilege connected to foreign backing. Ultimately, the SCAF and MB partnership betrayed the Egyptian people by their irrepressible greed and neglect of the country’s welfare.

If one can put aside foreign interests active in helping the MB to attain political power including tainted elections (the cheating, bribing, blocking), Morsi arrived to office by the will of the people. Of course many Egyptians did actually vote for the promises of change made by Morsi and his Freedom and Justice Party, and after more than thirty years of dictatorship and corruption by Mubarak, it’s no wonder that false promises proved to have a positive effect on Morsi’s election results. Overall, it was easy and logical to promise improvements and capture votes.

Egypt’s constitution was nullified due to the fall of President Mubarak. Tensions erupted between SCAF-MB and Egyptian freedom-fighters regarding the writing of a new one. SCAF and MB insisted on first holding parliamentary elections certain that the outcome would be an Islamists majority in a position to select the 80-person assembly needed to create an Islamic Shariah-compliant draft. When this occurred, it was given its seal of approval through a nationwide referendum vote.

Morsi’s ultimate power-grab clinched him dictator status – devastating to Egyptians and raising questions throughout the free world eager to see movement toward democracy in the early months of Morsi’s term. The Morsi executive office mandated that every decision made by him would remain uncontested and considered law. He dismantled SCAF, fired many media heads, and dismissed the Minister of Defense and the Attorney General — replacing all with the MB or their sympathizers.

Egyptian judges still struggle against Morsi’s ongoing attacks of the courts to remove and replace them with his favored trustees. Egypt’s conventional media is controlled by the regime; social networks remain free and as yet uncensored.

The Wahhabi Muslim Brotherhood Project (The Project) – A sinister plan to destroy Egypt’s identity
A plan in place by foreign allies of Egypt, namely, Saudi Arabia and Qatar, along with the MB of Egypt had been on hold for some time waiting for Morsi to establish total power. The plan, referred to as The Project, specifically targets ancient Egyptian non-Islamic culture that characterizes Egypt and brings tourism to the country in order to devalue and destroy it over time. If successful, Egypt turns backward erasing both modern and ancient aspects for the sake of a medieval religion.

However, Morsi is now in a panic over his imminent downfall. He and his MB have accelerated the implementation of their “dream” project producing a show of good faith to their partners. To this end, Morsi appointed a new culture minister and has heard the country’s negative reaction. His appointee is inexperienced and inappropriate. On a mission to systematically expunge Egyptian culture, Culture Minister Allaa Abdel-Aziz immediately set about removing heads of cultural institutions around the country (accomplished through rumors, false accusations and dismissals) and replacing them with MB members who take orders.

The idea of the government of Qatar taking an interest in leasing the Great Pyramid served to gauge citizen reaction to the concept of foreign ownership. Public suspicion spread about a hidden agenda stemming from The Project, an absurd endeavor underway thought to be politically and economically unsound to all but Morsi and the MB. However, this proposed transformation of Egypt to Bedouin values will have legislation to back it up in due time if Morsi is allowed to go unabated. 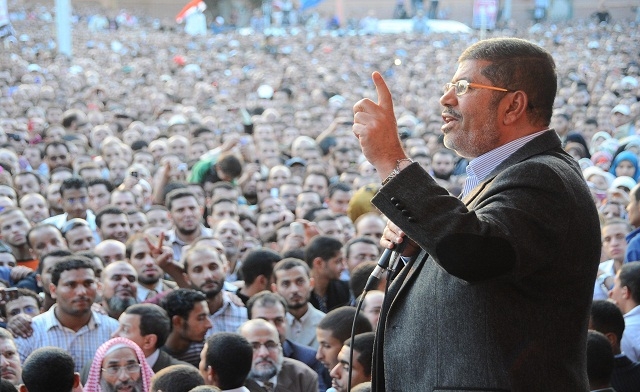 Morsi is bracing for civil war clashes on June 30
Morsi’s one-year term was enough to sink his popularity to the bottom along with his MB-backers. Now, more than ever, Egyptians recall the Brotherhood’s long history of murder and destruction which included the tragic Cairo arson of 1952. Never hesitating to inflict humiliation, beatings and torture in order to influence and grab power, the formidable MB clenched the support of an estimated 20 percent of the voting population until now.

The MB organization and its henchmen have proven hatred for the country many times over since empowerment in 2011, committing in plain sight actions counter-productive to Egypt’s infrastructure in favor of building an Islamic nation. Formerly willing to give the MB a chance at governing, Muslim Egyptians seem to have abandoned their foolish hopes.

Morsi himself is now certain his days are numbered. The tide has turned against him. Egyptians have decided to topple him if a petition circulating does not succeed in removing him on June 30th. The Tmarud (Rebellion) group has collected 15 million signatures (so far) requesting Morsi’s resignation and new elections to be held. Civil war drums now beat in Egypt’s streets reminiscent of Syria as demonstrations are planned. Freedom-fighters (secularists, intellectuals, Copts and others) are pitted against the MB, its sympathizers, and its militia consisting of more than 110,000 fighters. Al Shater, VP of El-Morshed (spiritual guide of the MB) and former presidential candidate, exploits this figure to threaten Egyptians, which may even increase with an influx of Hamas soldiers.

Morsi is securing a safety net with June 30th in mind. He has contracted the construction company, Al Mukawleon Al Arab, to build and install concrete barricades to be placed in all streets and avenues in vicinity of the Presidential Palace. Furthermore, sources indicate that Morsi is meeting with jihadist terrorists from Hamas to address the creation of a special force to deal with June 30th protestors. Meanwhile, Morsi has replaced more than half of the governors of cities and towns around the country with MB members and bureaucrats strongly tied to them. 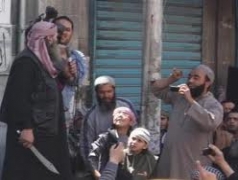 Egyptian Muslim Brotherhood lose an important ally – The Salafi
Morsi and the MB have now lost the support of the Salafists retaliating through this crisis for past deceptions and failed agreements with the MB. According to statements issued by Salafists, the Salafis will withdraw their help (moral support as well as military) and remain on the sidelines for the upcoming June 30th protests. However, this is less likely to weaken the Morsi-MB position against protesters than to beef up enthusiasm from the Egyptian people.

The suffering masses who have endured much look forward to the “promised day” of protests they hope spells doom for the MB and Morsi. Egyptian citizens are projecting strength, not fear, and will not scare easily from the MB which has insulted their nation. For Egyptians, the lack of Salafi cries of unfairness toward the idea of Morsi’s dismissal bolsters them and reads as encouragement to come out against the Morsi regime.

Meanwhile, in the remaining days leading up to Morsi’s one-year anniversary, the only thing left for the panicky MB to do — squirming in anticipation of its appointment with such a credible threat — is to intimidate and shout childish accusations as a deterrent. Time will tell. 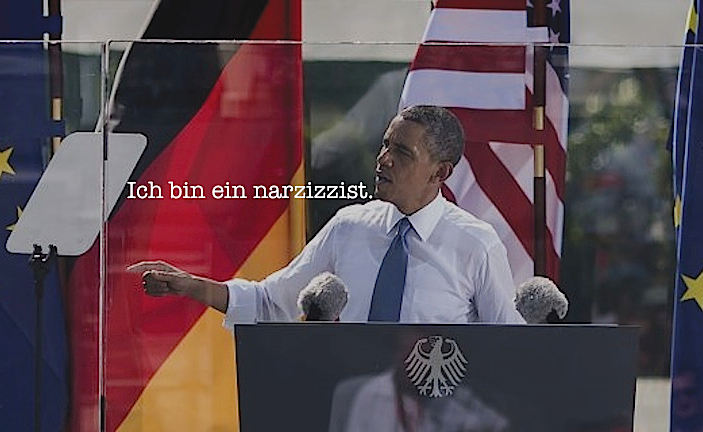 On Saturday 29th June Tommy Robinson and Kev Carroll will be completing a Walk of Honour from the 51 Pillars in Hyde Park via Buckingham Palace to Woolwich where flowers will be laid in memory of Lee Rigby.

At the same time they will be raising money for Amelia-Mae – a young girl fighting for her life against neuroblastoma.

To sponsor Tommy and Kev please visit their Just Giving Page. Or, to donate by phone, text SUCA50 plus the amount you wish to donate, to 70070. 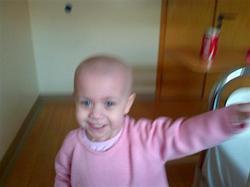 Also See: East Anglian EDL – No Tolerance To The Intolerent