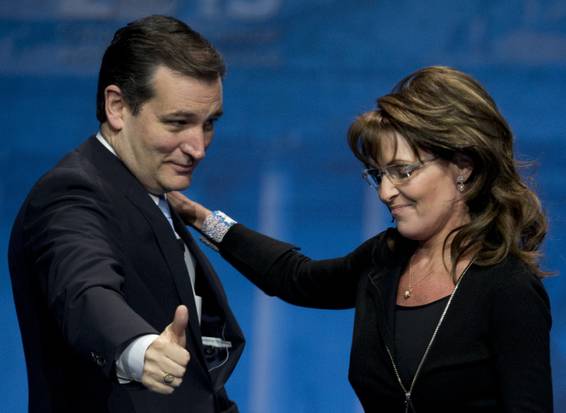 During his sabbatical, a university professor wishes to come to Florida to interview me for a study he is doing on black tea partiers. He said he wants to find out why “you think the way you think”. Why do I get the feeling this guy believes black conservatives are a strange phenomenon almost unique as discovering a Bigfoot? This professor is flying all the way to Florida to actually meet me, an extremely rare specie, a Blackus Conservativus.

As believers in traditional values such as faith in God, family and country, conservatives are viciously attacked by the mainstream media which functions as enforcers, punishing all who dare challenge the Left’s socialist/progressive agenda. The MSM portrays conservatives as nut case extremists; Col. Allen West, Sarah Palin, Michele Bachmann and Ted Cruz to name a few.

Liberals decry as “kooky” those of us who believe that the institution of marriage should continue to remain as the union of one man and one woman. Expecting the president to obey the Constitution is also declared by Obama media sycophants and the mainstream media to be a bit nutty, mean-spirited, racist and extreme.

The Left, assisted by their buddies in the MSM, uses a very effective tactic to render conservatives politically impotent. They accuse us of being haters and the aggressors, all the while forcing every item on their socialist/progressive list down America’s throats. Conservatives who were simply minding their own business are branded the bad guys.

Conservatives are swiftly becoming an ever increasingly “silenced majority”; persecuted, intimidated and bullied into shutting up. Rush Limbaugh says our country is in the midst of a peaceful takeover. America as founded is slipping away daily.

Patriots, our only hope for restoring America as founded is to put as many true conservatives in office as possible. We take back America one candidate, one race, at a time. This is why it is so crucial that we rally around courageous conservative candidates like Steve Lonegan.

In an article about Steve Lonegan running for U.S. Senate in New Jersey, the author actually called Lonegan a “clown” because he is a conservative who vows to oppose Obama’s agenda. Think about that folks, the MSM says opposing Obama is crazy talk, a joke, acting like a buffoon.

The article considers Lonegan a clown for posting on his website that he will “fight Obama’s agenda in the U.S. Senate”. Lonegan sounds right on target to me. The article also said, “hugging the president” is the way to win in New Jersey. So according to this MSM hack, Lonegan should ignore Obama’s disastrous failed socialist/progressive record and simply give the (black) guy a hug.

Allow me to share a bit about the president the liberal author of the article wants Lonegan to embrace (give a hug): If Obama were white, he would be facing impeachment. We have unprecedented high numbers of Americans on food stamps and disability (http://bit.ly/14jVAXk); unemployment is through the roof, record high fuel prices and food prices. The homes of millions are financially under water. Our economy is on life support. Our national debt is $17 trillion which a Boston University professor says is really $222 trillion. http://bit.ly/119GanV Numerous high officials in the Obama Administration were caught blatantly and arrogantly lying to the American people.

Then there is the IRS scandal, the Benghazi scandal, the AP scandal and the revelation that Big Brother is violating our first and fourth Amendment rights like never before. Meanwhile, Obamacare is being exposed to be a financial, medical, bureaucratic and emotional nightmare. http://www.wnd.com/2013/05/the-obamacare-nightmare/

Under Obama, America is in decline. Americans are accepting the worst economic recovery since WWII as the new normal.

And still, the mainstream media continues to brand Conservatism which is rooted in common sense as being outside of the mainstream; calling us “clowns” and racists. They insist that Americans join their brain-dead loyalty to the first black president, succumbing to the hypnotic tune played by Obama on his flute – marching us to our deaths into a river of which there is no return.

Thus, conservative candidates with backbone like Steve Lonegan are vital to our cause, walking around with targets on their backs by the mainstream media.

The MSM says Steve Lonegan as the presumptive nominee means the GOP has given up trying to win the New Jersey Senate seat. Their narrative is that conservatives are crazy out-of-the-mainstream unelectable losers. It is the same spin the MSM put on Romney naming conservative Paul Ryan as his VP nominee.

Nothing could be further from the truth. Conservatism wins every-time it is confidently and passionately articulated. Ronald Reagan proved that. Suggesting that the GOP has surrendered the New Jersey Senate seat is yet another MSM attempt to dispirit and discourage conservative voters.

Steve Lonegan has the right stuff to pull off a victory for Conservatism and America. Legally blind due to a childhood disease, Lonegan is a proven over-comer. Lonegan is former director of the New Jersey chapter of Americans for Prosperity, a tea party group. Thus, Lonegan is one of us. http://www.loneganforsenate.com/

Steve, thanks brother for stepping up and standing up for Conservatism. We who love our country as founded are behind you 100% with our prayers and financial support. God bless. 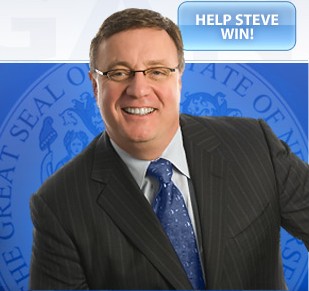 One thought on “MSM is Lying: Conservatives Are The Mainstream”