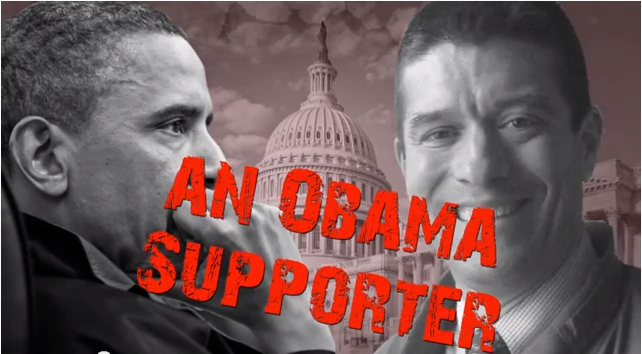 RINO Republican Gabriel Gomez lost to Democrat Ed Markey in the special election to fill the Massachusetts U.S. Senate seat vacated by John Kerry. I say, “Thank God”. We can not allow Democrat-Lite RINO Republicans like Gomez to define the GOP.

However, I have little hope that the stuck on fear, panic and stupid GOP will “get it”. Despite wasting tons of money backing Gomez who agrees with 90% of the Democrat agenda, he still lost. And yet, I guarantee the GOP will interpret the loss as evidence that our party needs to move further to the left.

Why should liberal Massachusetts voters select a Democrat-Lite Gomez over a full-bodied Democrat, Ed Markey? Moderate Republicans thought six one, half dozen of the other and stayed home. Conservative Republicans, rightly so, could not bring themselves to vote for Gomez who promised not to oppose Obama’s agenda.

Extremely low voter turnout confirmed that Massachusetts voters, for the most part, did not care. Had there been a true Conservative in the race like Mike Sullivan, at least voters would have had a clear choice, giving the race a little passion, interest and drama.

Folks, I fully realize that sometimes it is wise to hold you nose and vote for the lesser of two evils. We live in an imperfect world with imperfect human beings. Rarely, if ever, will a candidate embody all the qualities and stand for all the issues and values you hold dear.

Having said that, Gabriel Gomez was a horrible ideologically soulless candidate. Gomez just wanted to be elected; willing to play on either team necessary to land him in political office. Disgusting.

Gomez supported the Gang of Eight Bill, Gun Control, abortion and more. Gomez dis conservatives. To win the primary at any and all cost, Gomez attempted to smear Conservative Campaign Committee whose mission is to hoist conservative candidates to victory across America.

My heart aches for conservative candidates who paint as Reagan advised in bold colors rather than pale pastels. http://www.youtube.com/watch?v=2OznoFCZdS8

We need candidates who can articulate that conservatism equals true compassion and is beneficial to all Americans. Our candidates must not pander to Democratic party socialist/progressive ideas. Quite the opposite. Our candidates must sound the alarm educating voters to the folly of the Democrat’s belief that government is god, can fix everything and can legislate equal outcomes. These foolish Democratic party utopian ideas are destroying lives, weakening, undermining and destroying the greatest nation on the planet.

We need conservative candidates with backbone who proudly stand up for what they believe; candidates who say what they mean and mean what they say. Wow, what a concept. Mr RINO Republican Gomez, I am elated and grateful that you lost.

One thought on “Hey GOP: How’d That Gomez Running as a Democrat-Lite Thing Work for Ya’?”