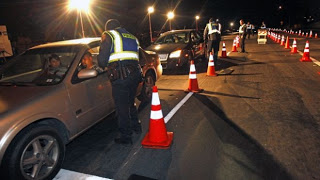 Police in Ohio are in the news this morning, setting up road blocks under the false premise they were drug checkpoints. But it’s okay folks, it’s all in your best interests and for your safety.

There was no such checkpoint, just police officers waiting to see if any drivers would react suspiciously after seeing the signs.”

I have to wonder if the Ohio police got the idea from Homeland Security Secretary Janet Napolitano or if they came up with this all on their own. The TSA has been violating our 4th Amendment right at airports on a regular basis, so much so they’ve taken their method of infringement on the road; literally, setting up random road checkpoints on public roads.

I read an article dated October 25, 2011 at the TSA Blog, an official government disinformation location, attempting to reassure everyone the TSA wasn’t conducting random checkpoints on our highways and roads. Within the content of that article the TSA said, basically, we were just there advising, it was the Tennessee Police doing the actual infringement of your 4th Amendment rights. Well, actually here’s how they worded it:

“As part of an ongoing terrorism prevention and response program, the Tennessee Department of Safety and Homeland Security hosted a statewide exercise on October 18-20, 2011. TSA participated through its Visible Intermodal Prevention and Response program.

The exercise focused on improving the communications and operating relationships of state, local, and federal agencies when responding to any type of homeland security situation.

These folks, be they city, state or federal don’t seem to understand the importance of constitutional limitations placed on government; specifically the 4th Amendment. 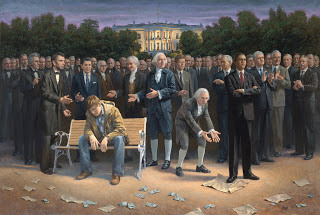 Many interpret the 4th Amendment to cover folks in their houses; but are unaware the same principle applies in all aspects of social interaction to include an individual walking down the street, driving in a vehicle or at your place of work.

Some folks link the right to be secure in your person from unwarranted searches with the right to protect yourself from physical harm. The general term for this legal thought process is known as the Castle Doctrine.

“A Castle Doctrine (also known as a Castle Law or a Defense of Habitation Law) is an American legal doctrine that designates a person’s abode (or, in some states, any legally-occupied place [e.g., a vehicle or workplace]) as a place in which that person has certain protections and immunities permitting them to, in certain circumstances, use force (up to and including deadly force) to defend against an intruder — free from legal responsibility/prosecution for the consequences of the force used.”

Over the years the Supreme Court has become less than certain how it rules on aspects of the 4th Amendment; their tendency has been to become more liberal as time moves forward; or should I have altered that to read, as time progresses?

“In 1979, (Delaware v. Prouse) the Supreme Court stated that, absent articulable and reasonable suspicion that a motorist is unlicensed or that an automobile is not registered, or that either the vehicle or an occupant is otherwise subject to seizure for violation of law, stopping an automobile and detaining the driver in order to check his driver’s license and the registration of the automobile are unreasonable.”

It would seem that up through 1979 the Supreme Court considered the 4th Amendment to be intact; holding that motorists could not be stopped randomly, that such stops were unreasonable.

Now jump forward to 1990 and notice the wording in the Supreme Court’s ruling on Michigan v. Sitz.

“Where society’s need is great and no other effective means of meeting the need is available, and intrusion on people’s privacy is minimal, checkpoints toward that end may briefly detain motorists.”

You shouldn’t have to have that translated into English; but for those who don’t understand America’s slide toward pure socialism then perhaps it should be noted that the rights of the individual are now secondary to the needs and desires of society as a whole.

Homeland Security and the TSA have managed to twist the arms at state and local levels to implement unwarranted searches of persons and vehicles under the pretext of protecting us from terrorists. You can find these goons setting up checkpoints at railway stations, draw bridges and ferry landings; but they are only following orders, that should make you feel so much better. 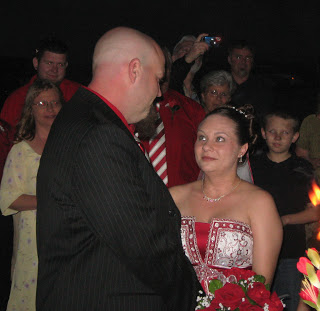 A year ago March a checkpoint was set up by police and they were able to detain my son’s wedding party prior to boarding a ferry from Bolivar peninsula to Galveston where everyone was dressed in their finery. They checked under the hood, went through the entire content of the car, passenger compartment and trunk. I’m so glad the oil stain on my daughter in law’s wedding dress was able to be removed, the oil stain from standing on the side of the road while these goons pretended to be looking for terrorist activity. No, this doesn’t make me angry; my level of dissatisfaction goes well beyond angry.

I’ve said it before; searches carried out randomly are grievous and oppressive as they support the idea that everyone is guilty until proven otherwise. Searches conducted without cause by a government official mean the search was conducted capriciously and had no merit other than curiosity.

The use of random checkpoints by police is a violation of the 4th Amendment. No amount of hiding behind the line, “but we were there only in the capacity of giving advice” or there was a “greater need for the safety of society involved”, will justify intrusions regardless of how minimal those intrusions may be.

3 thoughts on “We don’t need no stinkin’ probable cause!”