In this day of instant gratification in all things is it any wonder our news media can’t wait for a criminal trial to be completed before they ask their adoring public to come in with a verdict. This morning’s question of the day on Fox was, “Who’s presented the strongest case so far in the Zimmerman trial?” Three possible answers are listed, “defense, prosecution or too soon to tell”.

On one side of our society folks are lighting torches and shouting, “the cracker’s guilty”, while looking around to see which tree is sturdy enough to use for the lynching. “That looks like a good strong limb, toss me a rope”.

Of course NBC’s only comment on the editing of material in such a way as to enflame racial tensions was to say it was an error, just a simple error. 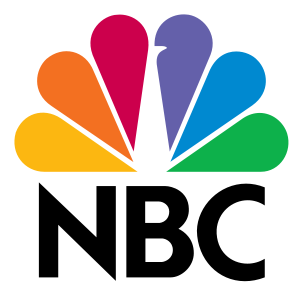 “Under growing public pressure to explain the incident, NBC News President Steve Capus provided Reuters with the fullest explanation to date of how the edited call made it on air and what the network is doing to prevent such a consequential error from happening again.

Capus confirmed a previous Reuters report that an internal network investigation had determined that a producer made the editing error, and that the network’s editorial controls – including senior broadcast producer oversight, script editors and often legal and standards department reviews of sensitive material to be broadcast – simply missed the selective editing of the phone call.”

If you believe that pile of male bovine excrement then perhaps it explains why you’re holding one of the torches and would have had a son who would have looked just like Treyvon; but with no hint of drugs in his system, burglary and theft or assault to commit murder, none of that’s important anyway. “Damn cracker’s gonna git whu he ga’ comin’”

On the other hand many have wondered how criminal charges were filed for Second Degree Murder against Zimmerman in the first place. Some more reasoned individuals, like Alan Dershowitz, lawyer, professor and political commentator, are perplexed about the omission of facts in the original affidavit to the filing of charges by Special Prosecutor Angela Corey

“This affidavit,” he said, “submitted by the prosecutor in the Florida case is a crime. It’s a crime. If she in fact knew about ABC News’ pictures of the bloody head of Zimmerman and failed to include that in the affidavit, this affidavit is not the truth, the whole truth and nothing but the truth.”

Unfortunately the Zimmerman “trial”, if you can call it that, is nothing more than a mockery of our ‘fair and impartial’ judicial system, a media show put on for the masses in order to create further racial division and unrest; but why? 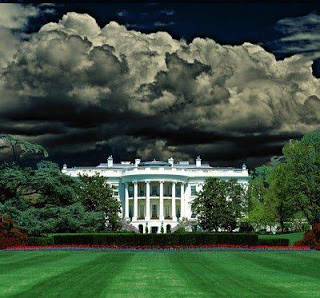 Hillary “What difference does it make” Clinton could care less what happens as long as the media continues to ignore her part in the Benghazi cover up in which she’s a key player in the deaths of four Americans, Americans who’d pleaded for more security and never got any. Sadly, there are enough torch bearers who’d vote for Hillary at the drop of a match. Who ever said character was the most important trait for anyone aspiring to lead this nation must have been talking about days gone by; the folks we have in power now couldn’t get a job requiring a lie detector, that’s for sure.

Not to let Obama off the hook; why wasn’t assistance sent when they screamed for help while under attack. It’s amazing how much the media has permitted important stories to remain hidden in the shadows. The president is the only person with the authority to issue a “stand down” order on military issues like the one in Benghazi. So why isn’t the news media hounding Obama for answers; I forgot, they’re covering the Zimmerman trail.

The list of important stories not being kept front and center is nearly endless, stories which place the Obama administration in a bad light. The IRS scandal, EPA, Obamacare train wreck in progress, a hundred million dollar tax payer funded vacation to Africa, promising amnesty to illegal aliens without securing the borders ; oh, and don’t forget the economy headed for the toilet.

None of these stories are nearly as important to folks looking for social justice, a way to even the score for all those years of discrimination. This is their chance to get even, the reality of America; stacking the deck against Zimmerman in order to placate the ignorant angry mobs awaiting social justice. It must be the half light from those torches, mobs on their way to a lynching; that’s what’s casting a bad light on things. The great show must go on.