Yesterday I wrote about the fact that Netanyahu is making one last effort to secure a toughening of the US stance on Iran, thus:

“Israel desperately wants to see the Obama Administration harden its position on Iran immediately — to convey to Iran that if it does not halt its nuclear program, its regime will not survive….‘increased pressure on Iran,’ led by the US, notably including the revival of ‘a real military threat’.”

Today we see a response from US officials, ostensibly designed to reassure our government: Don’t worry, they are saying, we’re not going to ease the sanctions on Iran, even if we do want to “test” Rohani with direct talks that will take his measure.

“’We are open to direct talks, and we want to reinforce this in any way [we can],’ a senior US official said, adding that the administration sees ‘words that indicate Iran might be going in a different direction.'”

So, the question is whether they are totally and willfully obtuse, or they think we are idiots. Our prime minister will not play the fool. He didn’t simply ask that sanctions be retained, or even strengthened. He asked for a real military threat — the only thing that might have an effect.

I don’t know who the senior US official quoted in the above article is, but anyone who suggests that the US sees “words that indicate Iran might be going in a different direction” and takes them seriously IS a fool, in my book.

Does Netanyahu have his answer, then? It would seem so.

This morning Netanyahu addressed the Iranian issue at the weekly Cabinet meeting:

“A month has passed since elections were held in Iran, and Iran continues to race toward the development of military nuclear capability.”

[under President-Elect Hassan Rohani’s leadership Iran is] “expanding and perfecting its [uranium] enrichment while simultaneously developing a plutonium reactor to produce material for a nuclear bomb.”

“At the same time, Iran is also developing its ballistic missile force. These [developments] threaten not only us, but the entire West. We are determined to stand behind our demands, which must also be the demands of the international community.”

The demands: “Stop all uranium production, remove all enriched material [from the country] and close the illegal nuclear facility in Qom.

“We believe that now more than ever, in light of Iran’s progress, it is important [that the international community] tighten the economic sanctions and make Iran face a credible military option.” 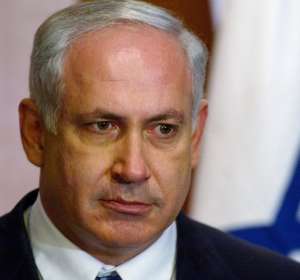 Here you have it all: Since Rohani won the presidential election, Iran has continued to expand its enrichment program and develop its ballistic missile force. And a US official gives credence to words that suggest Rohani might be going in a different direction.

It’s difficult to imagine that the US official cited above, and his associates, could have failed to note this:

“Iran could develop and test an intercontinental ballistic missile capable of reaching the United States by 2015, a new U.S. intelligence report released and declassified for publication on Friday has determined.

Surely better if those ballistic missiles not have nuclear tips. Wouldn’t you think?

It is worth noting, as well, that since the election won by Rohani a month ago, there have been 61 executions of Iranians, including six women and a 15 year old boy. Some were done in public view.

With regard to the major explosion in Latakia, Syria, on July 5th, which was thought to be aimed at the destruction of recently-arrived Russian Lakhont PL-800 anti-ship missiles…

We’ve now got two different stories. First, yesterday, CNN came out with a report, based on information from “US sources” — unnamed, of course — indicating that the missiles were taken out by IAF planes.

And now, today, the Sunday Times (London) is saying that the attack was launched from a Israeli Dolphin class submarine, which fired cruise missiles at sea, destroying 50 Lakhont missiles in an arms depot. 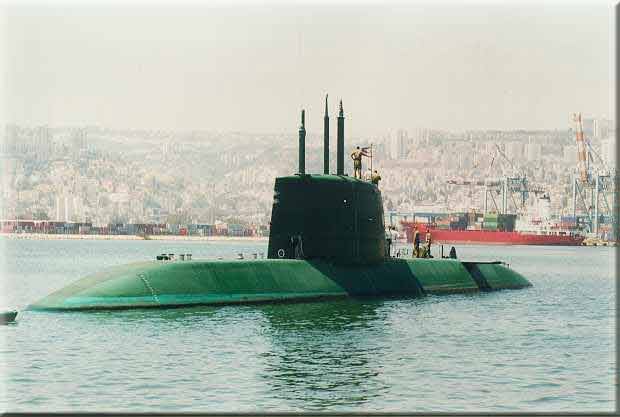 According to the Times story, Israel’s actions were closely coordinated with the US, which was not pleased about Russia’s delivery of the Lakhont missiles.

Don’t know if it matters which version of the story is true, if indeed one is — except insofar as it might demonstrate a particular Israeli military prowess. They both indicate Israel’s seriousness of intent. “We’ve drawn our red lines and we keep to them.” Defense Minister Ya’alon had said.

But what I ponder is the need to talk about this at all — above and beyond the desire to tell a full news story. Are the “US sources,” for example, eager to finger Israel in order to make certain that the Russians don’t assume an American involvement? Is there a desire to render Israel more vulnerable?

“Assuming — again, for the sake of the game theory — that sources in the Pentagon leaked the information to the U.S. media, as they did over the two previous attacks, then they obviously wish to see Israel embroiled in a military conflict with Syria, to hasten Assad’s fall and spare the U.S. the need to intervene. That could lead to a myriad of complications and that is not how allies and partners should treat each other. It also constitutes, to some extent, a breach of trust.”

What Margalit suggests is that even if Israel did attack the Yakhonts — which we now will strongly suspect but cannot know with certainty — it is in Israel’s best interest to officially deny this.

That is because Assad said there would be repercussions for such an attack.

At the same time, it serves Assad to deny that Israel attacked — which is what he is doing. Then he need take no action.

Routinely, the Machpelah, the Cave of the Patriarchs, in Hevron, is shared between Jews and Muslims. This past Friday, it was Muslims only because of their observance of Ramadan. When Jews went there to pray Friday night, they were shocked to discover that the site had been vandalized:

“Two mezuzot – cases containing Jewish holy scriptures affixed to the doorpost – had been torn off and stolen, and a third was damaged. Muslim worshippers had also thrown mud and garbage around the site, and uprooted parts of the garden outside.” 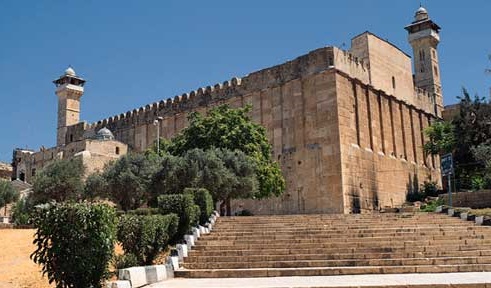 As I’m writing, news has come out of a mortar shell exploding in the northern Golan. There were no injuries and authorities have judged this a “spillover” from the fighting in Syria.

But there is some good news.

One of the problems with regard to Jewish residents securing their rights in Judea and Samaria has been the fact that the West Bank Land Registry is closed to the public. That means that Jews challenged by Arabs find it difficult to make their case, as they cannot peruse the legal record.

It’s crazy. And it’s one of the problems addressed by the Levy report — which calls for an opening of the Registry.

Now, after 46 years of this situation, the Jerusalem District Court has directed that, in one particular case involving the community of Psagot, the Registry be opened to Jews living on land that is contested by Arabs, so that they might secure more solid information.

An article about this was done by Haaretz. Regavim, an organization dedicated to defending Jewish rights to the land, has put up this article, with comments. If you are interested in details, see here:

And there is yet another step towards victory for Jewish rights in the land, involving the community of Amona.

It has been the practice of the High Court of Justice to order the evacuation of Jewish homes on land in Judea and Samaria if an Arab claims ownership — BEFORE there has been adjudication of the ownership claims. This is yet another injustice addressed by the Levy Report.

Now, a scheduled evacuation of Amona has been delayed by the High Court until the Jerusalem Magistrate’s Court adjudicates conflicting ownership claims.

You might say, well, of course. But maddeningly, this has not been routine procedure.

Amona — a community that is referred to in certain quarters as an “outpost” — is on a hilltop overlooking Ofra, within the jurisdiction of the Benyamin Regional Council, in Samaria. Established in 1997, it is today home to about 200 families. It has a painful history with regard to forced evictions of Jewish residents from their homes.

Residents of Amona charge that, while Arabs — under the tutelage of Yesh Din — claim the land of Amona as theirs, the Jewish purchase of land upon which their homes have been built has not yet been fairly investigated. 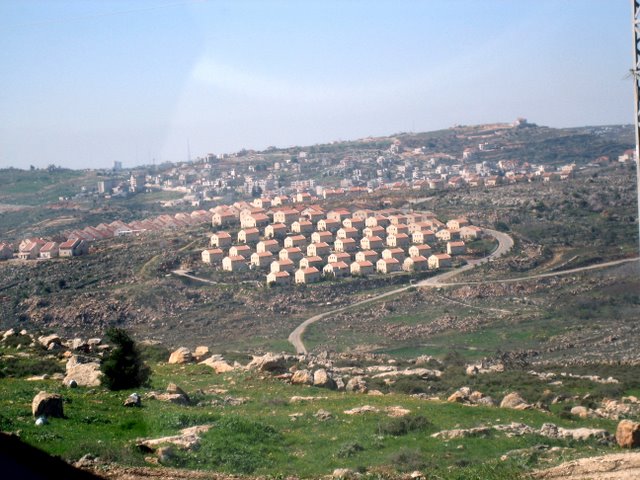