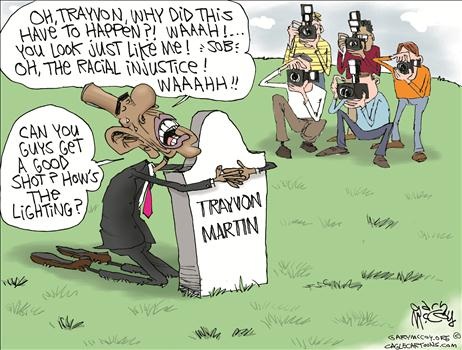 How Zimmermann was framed… 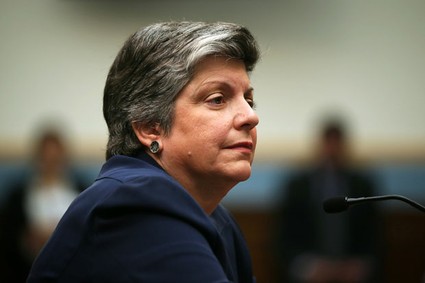 Informed Americans are aware that Janet Napolitano has left us a legacy of transformation we never thought possible on US soil. We do not mistake as fact the lies – and lies-of-omission – from the mainstream propaganda media. We know what she has done. Americans who love this country are deemed “terrorists” and, since Islamic terrorists no longer exist – only man-caused disasters – there is no need to seek out these non-existent terrorists before they attack us.

Those who know history can see where Napolitano has taken us.

How about, “If you see something, say something?”

What about the 1.6 billion rounds of ammo and heavily armored personnel carriers the DHS is buying up? (Emphasis added)

The Denver Post, on February 15th, ran an Associated Press article entitled Homeland Security aims to buy 1.6b rounds of ammo, so far with little notice. It confirmed that the Department of Homeland Security has issued an open purchase order for 1.6 billion rounds of ammunition. As reported elsewhere, some of this purchase order is for hollow-point rounds, forbidden by international law for use in war, along with a frightening amount specialized for snipers. Also reported elsewhere, at the height of the Iraq War the Army was expending less than 6 million rounds a month. Therefore 1.6 billion rounds would be enough to sustain a hot war for 20+ years in America.

Add to this perplexing outré purchase of ammo, DHS now is showing off its acquisition of heavily armored personnel carriers, repatriated from the Iraqi and Afghani theaters of operation.

We’re well aware of what the TSA is doing to Americans – young, old and anyone in between.

What about the far-reaching and well coordinated effort against ‘True The Vote?’ Coincidence? No.

With traitorous politicians like Lindsey Graham (R-SC) and John McCain (R-AZ) declaring America a battlefield, these Progressive Republicans join with the Democrat Party’s mission to implement a totalitarian-style rule over the American people. The DHS, with their unlimited reach, is there to deliver.

Bob Adelmann at New American describes one of Napolitano’s first documented actions as Secretary of the DHS. Note that Napolitano’s public apologies came easily after this DHS report was revealed, but the mission of the DHS remained the same – target Americans.

One of the most outrageous incidents concerned the publishing of a threat assessment report entitled “Rightwing Extremism: Current Economic and Political Climate Fueling Resurgence of Radicalization and Recruitment,” in April, 2009. The report claimed that the election of a black president, the economic meltdown, home foreclosures, concerns about impending gun control legislation, illegal immigration and other factors, were likely to drive recruiting into right-wing extremist factions. From that report:

The DHS/Office of Intelligence and Analysis (I&A) has no specific information that domestic rightwing terrorists are currently planning acts of violence, but rightwing extremists may be gaining new recruits by playing on their fears about several emergent issues. The economic downturn and the election of the first African American president present unique drivers for rightwing radicalization and recruitment…

The consequences of a prolonged economic downturn — including real estate foreclosures, unemployment, and an inability to obtain credit — could create a fertile recruiting environment for rightwing extremists and even result in confrontations between such groups and government authorities similar to those in the past.

The report referred to various “conspiracy theories” that might put the country at risk, along with a porous Mexican border:

Historically, domestic rightwing extremists have feared, predicted, and anticipated a cataclysmic economic collapse in the United States. Prominent anti government conspiracy theorists have incorporated aspects of an impending economic collapse to intensify fear and paranoia among like-minded individuals and to attract recruits during times of economic uncertainty…

DHS/I&A assesses that rightwing extremist groups’ frustration over a perceived lack of government action on illegal immigration has the potential to incite individuals or small groups toward violence.

When challenged about those “findings,” Napolitano was forced to make numerous apologies and her department admitted to a “breakdown in internal processes” in creating the report.

During Napolitano’s reign, criminals and terrorists were ignored, excused and even protected.

Russia warned the US of the Boston Marathon terrorist and, as we know, the Fort Hood terrorist advertised his intentions openly and unapologetically. Where was Napolitano’s DHS while these terrorists were free to plan and carry out Jihad against Americans?

Perhaps most egregious was the fact that the DHS had no idea who the Boston Marathon terrorists were and the FBI eventually had to ask the American people for help to identify them.

With a trillion-dollar annual budget and a decade of full access to everything, what we’ve seen under Napolitano’s command for the past 4+ years demonstrates no intention of “keeping us safe.”

Ordinary citizens – the ones who pay for the massive, bloated and oppressive DHS – are the ones thwarting terrorist attacks and/or enduring the consequences of them.

The Underwear terrorist was taken down by the people on the flight, not the DHS or law enforcement or any other government agency. The terrorist at the recruiting office carried out his Jihad and the Time-Square terrorist failed because of his own incompetence… and it was an American citizen who alerted authorities to the bomb. The DHS didn’t have a clue.

Under Napolitano’s reign, the DHS, in coordination with other agencies, aid and abet the free-flow of foreigners invading our country through the Southern border. DHS isn’t just failing to enforce laws – they are actively protecting the criminals who are violating our laws. And anyone who attempts to enforce our laws is targeted (e.g. Arizona, Sheriff Joe Arpaio).

Hezbollah also enters illegally through our Southern border. If we, ordinary citizens, know about this, surely the DHS “saw news reports” and are aware of it too.

No doubt Napolitano’s DHS turned their sights onto the American people in ways many of us never thought we would see in our lifetime – ever. Not in America. But it’s here and it’s done. The Constitution, Bill of Rights and our Natural Rights have been shredded and usurped. This is Napolitano’s legacy… one that we and future generations will be forced to endure as the chains of bondage tighten. …Unless we can take back our country.

Mark Levin has a plan and if you want liberty back, I suggest listening to his daily radio program at www.marklevinshow.com or his Podcasts. He started discussing the plan briefly on July 10, 2013.

Let’s face it… everything we’re doing up to now has not stopped this oppressive regime. It’s time to add something new to our current efforts… a way that our Founders gave us to stand against this kind of tyranny.

Other big-government agencies summed up in about 1 minute: