The day before the Sanford, Florida jury acquitted George Zimmerman of the self-defense shooting of Trayvon Martin, another crime victim lost his fight to stay alive but didn’t get much news coverage outside of Cincinnati, Ohio. Pat Mahaney, died suddenly on Friday morning, July 12th in North College Hill, a small town in Hamilton County, Ohio. Pat Mahaney, who is White, was 46-years old and had been suffering from the vicious beating he received 11-months ago by 6 Black teenagers who admitted they beat him because they were bored. To add insult to injury, the 6 Black teenagers, ages 13 to 14, were brought before a Black female Juvenile Court judge named Tracie Hunter, a Democrat, who only won her court seat after a year of controversy over numerous uncounted votes in the 2010 elections. Doesn’t that sound familiar? 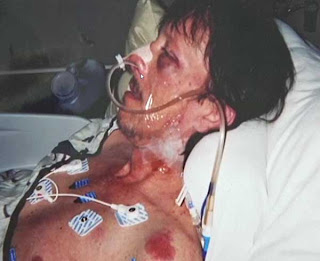 NORTH COLLEGE HILL, Ohio – Six teens who allegedly severely beat a man because they were “bored” appeared in court Tuesday.

Hamilton County Juvenile Judge Tracie Hunter set new hearings later in September for each of the boys, ages 13 to 14. She has not yet set a trial date for the boys, who were indicted last week on one count each of felonious assault and aggravated rioting under the serious youth offenders statute, which means that while the teens are not being tried as adults and court proceedings will continue in Hamilton County Juvenile Court, the teens could face either a juvenile sentence or an adult sentence if convicted.

Four of the teens have been released from custody, while Hunter lowered the bond amount for a fifth teen and set a Thursday bond hearing for a sixth teen.

Does this preferential treatment given to 6 Black teenagers accused of a vicious, premeditated crime by a Black, Democrat judge represent racial bias? It sure seems so but where is the liberal mainstream news media lighting the bonfires of righteous indignation? Nowhere to be seen. In an another unrelated controversy involving Judge Hunter, the Cincinnati Enquirer wrote on May 21, 2013, that: 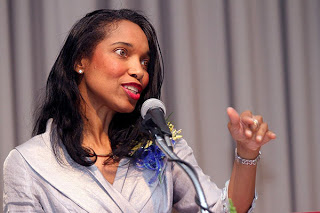 This is the latest in an ongoing battle over the lawyers who will represent Hunter. Previously, Hunter, a Democrat, said she can’t trust Republican Prosecutor Joe Deters, whose office includes a group of civil lawyers who, by law, serve as the attorneys for elected officials.

Hunter was elected Juvenile Court judge in the 2010 election but only took office more than a year later, after she won a federal lawsuit that required some previously uncounted votes to be counted. When they were counted, Hunter received enough votes to vault her over John Williams and won the election.

The issues between both stories is a question of race and politics. Black and White and Democrat versus Republican. Juvenile Court judge Tracie Hunter, who is a Black Democrat, sentenced two of the six black teenagers who savagely beat Pat Mahaney to probation and community service. Where was the public indignation over that slap on the hand sentence? Where was the national news coverage? While one of the remaining four has pleaded not guilty, the other three teens have pleaded guilty to assault and await sentencing. But now that Pat Mahaney has died, the Hamilton County Prosecutor’s office has said that additional charges could be filed based upon the autopsy report from the Hamilton County Coroner’s Office.

Putting this all in perspective, there seems to be a blatant double standard in the liberal news media when it comes to crime reporting in America involving Blacks and Whites. When a victim of a shooting is Black, as in the Trayvon Martin case, and the suspected perpetrator is White, or even half-Hispanic as was George Zimmerman, the race is always made an issue. It mattered not that George Zimmerman shot Trayvon Martin in self-defense. The news media twisted that scenario into outright fiction going so far as to doctor photos of Zimmerman’s bloody head and face and editing his 911 phone call. And the professional Black activists like Al Sharpton and Jesse Jackson can always be counted on rallying their troops to stage protests. But when the victim is White and the alleged perpetrator is Black there seems to be a zone of silence dropped over the case to keep anyone from becoming alarmed. Another example that is even more horrendous happened in Brunswick, Georgia. Here on the web site of the Council of Conservative Citizens.

Black teens murder white baby for the fun of it
Young black thugs shoot white baby in the face at point blank range
Brunswick, GA has been rocked by the unprovoked hate crime murder of a 13 month old baby. The baby was shot right in front of it’s mother by two black teenage thugs. The shooter is believed to be between the ages of 13 and 15. His accomplice was even younger. The mother was also shot in the leg.

Skin color made victims a target
Brunswick, GA is about 60% black. The area where the murder took place is overwhelmingly black. The 2010 census shows the area to be 13% white and 73% black.

The media absolutely refuses to call it a “hate crime.” CNN called it a “robbery attempt.” NBC National News made their leading online story about how a white male is a suspect in killing another white male. The suspect is called a “white supremacist” because he is an ex-con and belongs to a white prison gang. NBC even enlisted the notorious fraudsters at SPLC to comment on how white prison gangs are a major threat to public safety. Think NBC National News would report that the unprovoked execution style murder of a white baby in a black neighborhood is a “hate crime?”
Read More. (U.K. Daily Mail) 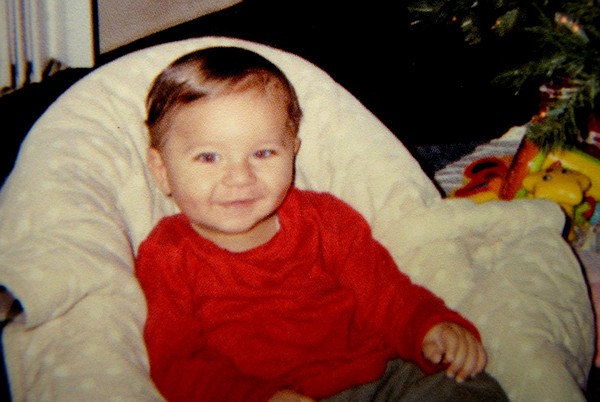 BRUNSWICK, Ga. (AP) — Police arrested two teenagers Friday who are suspected in the shooting death of a 13-month-old baby in a stroller and wounding the baby’s mother during an attempted robbery.

Seventeen-year-old De’Marquis Elkins is charged as an adult with first-degree murder, along with a 14-year-old who was not identified because he is a juvenile, Police Chief Tobe Green said.

There is no doubt in my mind that there is true evil running rampant in our streets today but while some consider it a social issue involving the lack of diversity or poverty or black skin-privilege, there really is a problem in America with the editors and publishers of our news media who make a career out of covering up the threats to our society. Whatever excuse they have, be it political correctness or affirmative action or personal bias – bad news that involves Blacks, Muslims, Communists, Democrats or anything against American interests is just not newsworthy to the mainstream media. Maybe they are the real problem that needs to fixed first.

2 thoughts on “Black on White crime hardly gets anyone protesting in the streets. Racial bias in the courts also a problem.”