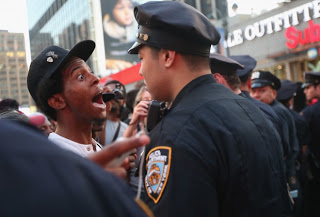 While listening to angry mobs chanting, “No Justice, No Peace”, on the radio a while ago it dawned on me that the justice system had let Trayvon Martin down; just not in the way these angry hot heads were depicting this whole ugly mess. Trayvon Martin might have been spared his life had the justice system done their job and put him in jail for the crimes he “allegedly” committed long before he “allegedly” assaulted George Zimmerman on the night he was shot dead.

The major news media outlets are still portraying this young hoodlum as some kind of angelic representative of the Black community when in fact he should have been an embarrassment to them. Rather than display recent photographs of Trayvon, the media continues to release pictures that are several years old from a time when Trayvon really was young and innocent.

We were led to believe Trayvon was a good kid, a victim of racial prejudice; but those assertions fell apart upon further examination.

It seems the truth paints a different picture.

‘“Oh, God, oh, my God, oh, God,” one major reportedly said when first looking at Martin’s data. He realized that Martin had been suspended twice already that school year for offenses that should have gotten him arrested – once for getting caught with a burglary tool and a dozen items of female jewelry, the second time for getting caught with marijuana and a marijuana pipe.

In each case, the case file on Martin was fudged to make the crime less serious than it was. As one detective told IA, the arrest statistics coming out of Martin’s school, Michael Krop Senior, had been “quite high,” and the detectives “needed to find some way to lower the stats.” This directive allegedly came from Hurley.”

It appears the school district, in an attempt to look better than it was, did everything they could to marginalize criminal behavior on the part of Trayvon Martin to improve their overall statistics. They let a criminal go in favor of their ratings; it’s that simple. 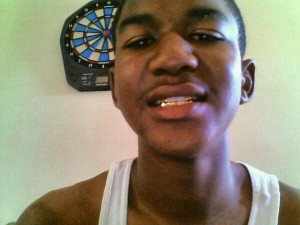 There was no mention of Trayvon’s punching a bus driver by the media; that sweet little boy could never have done anything like that. Anyway, it never happened because the bus driver who “allegedly” got punched was instructed to forget about it; at least that’s the story that was put out on the radio.

“Here’s another nice image for all the idiots bleating about this poor, innocent black ‘child’. This image is of somebody’s post to Travyon Martin’s/NO_LIMIT_NIGGA twitter account. Notice how they’re saying that Martin hadn’t told them about swinging/punching at a Bus driver!!! Well, if he punched a bus driver, it’s quite possible that he punched the neighbourhood watch captain who stopped him…”

It’s a shame Trayvon Martin died before he could learn self discipline, before he could become a productive member of society. The way he was progressing he would have made spectacular license plates while incarcerated in one of Florida’s prisons, a real gangsta’ with lots of entries on his rap sheet to prove it.

Had Trayvon been held accountable for his “alleged” criminal behavior he would, in all probability, have been in jail instead of continuing to walk about freely. He never would have been in a confrontational situation with George Zimmerman, a volunteer neighborhood watchman trying to keep his neighborhood safe from thugs and gangstas’. 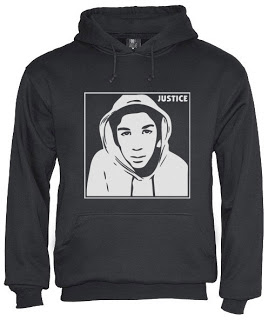 If the state had done its job properly he probably would have died in prison while serving out a burglary or aggravated assault conviction. Instead he’s become an icon for civil disobedience, inspiring vandalism, assault and looting throughout the low information community, go figure.

One thought on “Justice System Let Trayvon Martin Down”