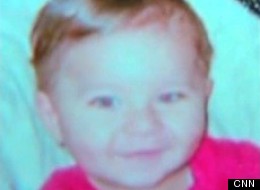 Some racial murders are less equal than others. This one, of little 13 month Antonio, elicits a collectivist yawn.

Some stories are best told by the people who lived them. This one needs little additional comment from me, other than it is a matter of curiosity to me and to many others who have looked at it, how Antonio West’s death elicits a shrug of the shoulders when the question is asked “Is this a racial crime?”. Crickets. But to everyone of the screaming Jack-In-The-Boxes that have popped up since the death of Trayvon Martin, there can be no doubt as to the racial motive – because the victim is Black. Well, as I said – the mother’s impassioned lament, and the evidence of the case, speak – no, shout for themselves.

The following, could have been authored by the mother of Antonio, but might also have been written by a friend of the family – I’m not certain, therefore I’m unable to provide attribution. Snopes, for as much as they are worth, takes a dim view of the correlation between this event and the Trayvon Martin killing. They didn’t get the point, evidently. In any event, they don’t challenge the provenance of the memo, nor do they know of its exact origins either. HuffPo gets grudging credit from me for re-posting the news report itself.

You won’t recognize me. My name was Antonio West and I was the 13-month old child who was shot at point blank range by two teens who were attempting to rob my mother, who was also shot. A Grand Jury of my mommy’s peers from Brunswick GA determined the teens who murdered me will not face the death penalty…too bad I was given a death sentence for being innocent and defenseless.

My family made the mistake of being white in a 73% non-white neighborhood, but my murder was not ruled a Hate Crime. Nor did President Obama take so much as a single moment to acknowledge my murder. I am one of the youngest murder victims in our great Nation’s history, but the media doesn’t care to cover the story of my tragic demise, President Obama has no children who could possibly look like me – so he doesn’t care and the media doesn’t care because my story is not interesting enough to bring them ratings so they can sell commercial time slots.

There is not a white equivalent of Al Sharpton because if there was he would be declared racist, so there is no one rushing to Brunswick GA to demand justice for me. There is no White Panther party to put a bounty on the lives of those who murdered me. I have no voice, I have no representation and unlike those who shot me in the face while I sat innocently in my stroller – I no longer have my life.

So while you are seeking justice for Treyvon, please remember to seek justice for me too. Tell your friends about me, tell you families, get tee shirts with my face on them and make the world pay attention, just like you did for Treyvon. Thank you.

Below, is the original news story reporting the horrific ordeal and loss of Sherry West, from some punks that were the ultimate product of the decimation of Blacks, by the proponents of Racial Identity Politics and the Democrat Party:

BRUNSWICK, Ga. — A Georgia woman said Friday a teenager trying to rob her at gunpoint asked “Do you want me to kill your baby?” before he fatally shot her 13-month-old son in the head. Sherry West wept while she told The Associated Press that she pleaded with the gunman and a younger accomplice who approached her Thursday morning while she walked near their home in coastal Brunswick.

“He asked me for money and I said I didn’t have it,” she said. “When you have a baby, you spend all your money on babies. They’re expensive. And he kept asking and I just said `I don’t have it.’ And he said, `Do you want me to kill your baby?’ And I said, `No, don’t kill my baby!’”

Police were combing school records and canvassing neighborhoods searching for the pair. While police have said the two boys were between the ages of 10 and 15, the mother says she believes the younger boy was as young as 5 years old.

She said the teen fired four shots, the first into the ground. West didn’t see a shell casing ejected, and said she assumed the gun wasn’t real. Then he fired at her head and the bullet grazed her left ear – she has a small scab and bruising there. He fired again and shot her in the left leg above the knee. “I didn’t know I was hurt.”

“The boy proceeded to go around to the stroller and he shot my baby in the face,” she said. “And then he just shoved me when I started screaming and he ran down London Street with the little boy.”

Police spokesman Todd Rhodes gave few details about the investigation Friday, but said no weapon has been found and that investigators were checking school attendance records for leads.

Several people in the neighborhood called 911 after they heard the gunshots fired, but Rhodes said investigators believed that the mother was the only witness to what happened. “Understand this: There is no clear motive right now,” he said.

He urged anyone with information to call Brunswick police. There is a $10,000 reward for information leading to an arrest and conviction. The mother lives in a rented house in the city’s Old Town historic district. Beverly Anderson’s husband owns the property and she said West has lived there for six or seven years.

“We’re just very sorry about what happened and very aghast that something could happen in our little neighborhood,” Anderson said. “It’s a quiet, safe little neighborhood.” Anderson said people walk up and down the street, children walk to school and families are frequently outdoors. “It’s scared everybody,” she said. “They don’t feel so safe outside.”

She said West stayed home to care for her baby, who was often spotted in his mother’s arms.

“The house has a front porch with a swing and we’d see him out on the swing with his mother,” Anderson said. “He was a happy, cheerful baby.”

Associated Press Writer Christina A. Cassidy in Atlanta and news researcher Monika Mathur in New York contributed to this report.

UPDATE 4:24 p.m. — BRUNSWICK, Ga. (AP) — Police have arrested two teenagers suspected in the shooting death of a baby in a stroller and the wounding of the baby’s mother.

The 14-year-old is also charged with murder, but he was not identified because he is a juvenile.

The chief said police were still investigating the motive and searching for a weapon.

One thought on “If he isn’t Black, it didn’t happen”