Only 30 days until the official launch. Pre-orders are brisk. Interest is strong.

What are some of the secrets revealed in Trevor Loudon’s new book The Enemies Within: Communists, Socialists and Progressives in the U.S. Congress? 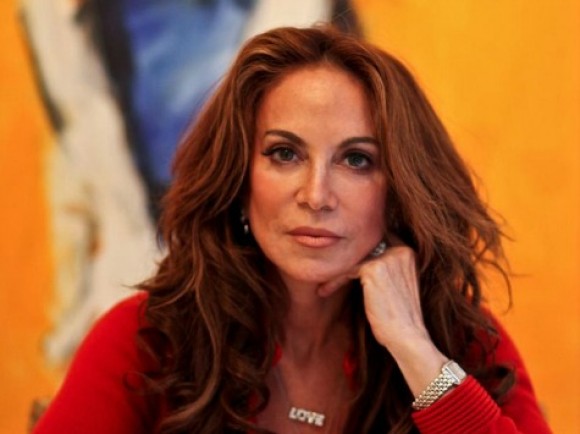 The Rolling Stone cover photo of Boston bomber Dzhokhar Tsarnaev has been the subject of countless news stories because people across the ideological spectrum have rightly objected to this magazine’s glorification of the Islamist killer. But an even bigger scandal is unfolding in Seattle, Washington, as radical Muslims working with members of the Democratic Party and the ACLU have forced the FBI to take down bus ads depicting photos of 16 of the world’s Most Wanted Terrorists because some people may perceive the jihadists to be Muslims.

These ads could save lives by leading to the capture of deadly and dangerous terrorists with ties to foreign terrorist organizations.

The FBI had pointed out that Seattle, the first city in the United States targeted for the campaign, had a population “that travels and has connections internationally, which makes it an effective area for the pilot program,” according to a local story about the decision to drop the ads.

The dropping of the ads can only reduce the possibility of some of these global terrorists being brought to justice.

In this case, the liberal media with a national audience have been mostly silent. It has only been a local story.

Yet, whatever Rolling Stone may say about Dzhokhar Tsarnaev, the Boston bomber is in custody and is no threat to anyone, while the terrorists on the bus ads are still on the loose, some of them perhaps hiding in America itself.

Never one to avoid a fight with the global jihad and its lackeys, Pamela Geller of the American Freedom Defense Initiative is calling attention to the FBI’s decision to cancel the bus ads after radical Muslim groups and “the politicians in their pockets” objected. “Please help us stand against this politically correct madness,” Geller said. Her American Freedom Defense Initiative is raising money to put the ads back up on the buses.

The “politicians in their pockets” included Rep. Jim McDermott (D-WA), who wrote a letter to FBI director Robert Mueller asking that the ads be removed, claiming they were offensive to Muslims.

Geller calls McDermott a “dhimmi,”a term referring to a non-Muslim who is subservient to Muslim conquest and control.

The ads that McDermott objected to show the faces of the terrorists and offer monetary awards leading to their capture. They were placed by the FBI’s Joint Terrorism Task Force and launched through the State Department’s “Rewards for Justice” campaign.

The “Rewards for Justice” website says it has paid more than $100 million “to over 70 people who provided information that prevented international terrorist attacks or helped bring to justice those involved in prior acts.”

McDermott has a long history of pandering to radical Muslim groups and received the public-official-of-the-year award from the Seattle chapter of the Council on American-Islamic Relations (CAIR) in 2004. CAIR is an affiliate of the Muslim Brotherhood, and is part of a lawsuit against the NSA’s surveillance of foreign terrorist organizations and their American agents.

According to a story about McDermott getting the award, Samia El-Moslimany, CAIR vice chair, also announced “tremendous news” at the same time—that the local Democratic Party had just voted into its platform a commitment to “withhold U.S. tax dollars from Israel while it is in violation of international law.”

“If McDermott wanted the FBI to leave the Muslims off the Most Wanted Terrorists ad, he’d first have to convince Muslims to stop committing terror attacks in the name of Islam,” Geller said. “But instead, he succeeded in getting the FBI to remove the ads. The FBI caved to this ridiculous imposition of Sharia blasphemy laws and political correctness.”

Geller continued: “And that means that we’re going to have to do their job for them. We’re taking it upon ourselves to alert the public to the nature and magnitude of the terror threat. At our own expense, we’re going to run the same ad on Seattle buses.”

McDermott became known as “Baghdad Jim” in 2008 when it was revealed that Saddam Hussein’s intelligence agency had secretly financed a trip to Iraq for McDermott and two other legislators during the run-up to the U.S.-led invasion.

The controversy over the FBI bus ads began soon after they went up. The Muslim Association of Puget Sound (MAPS) demanded and held a meeting with the FBI, the U.S. Attorney’s office and a member of the Department of Homeland Security. Jeff Siddiqui of MAPS said, “I spoke with a number of people who were at this meeting in which they discussed this bus ad and, as far as I can gather, everybody except for the FBI agreed this ad was very damaging to Muslims.” Finally, he says the FBI agreed to take the ads down.

Seattle Mayor Mike McGinn also joined in the campaign against the ads, reporting that after they were launched the week of June 4 on the side of the city buses, “many members of our community were dismayed and decided to act.”

He explained, “Arsalan Bukhari of the Council on American-Islamic Relations was an early voice raising concerns about these ads. Congressman Jim McDermott wrote a letter protesting the program, as did I, and King County Council member Rod Dembowski was working to get the ads removed as soon as possible.”

McGinn said that CAIR’s Bukhari “worked with the ACLU of Washington State” to convene a meeting that eventually led to the State Department’s “Rewards for Justice” program officer, Tim Corso, acknowledging “our concerns” and agreeing “to take down this particular ad and to work with community advocates in doing outreach in Seattle going forward.”

At the time they went up, however, FBI Special Agent in Charge Laura M. Laughlin of the FBI Seattle Division said, “Members of Seattle’s community have time and time again shown themselves to be concerned about protecting their families, their neighbors, and their freedom. Many despicable plots—from illicit drug trafficking to violent acts of terrorism—have come to the FBI’s attention because vigilant Seattleites came forward with a tip.”

Geller says, “The FBI is putting Americans at risk by submitting to the outrageous demands of Islamic supremacists. It is not the fault of the FBI that the world’s most dangerous terrorists are jihadists. That is the reality. You cannot avoid the consequences of avoiding reality. Capturing these mass murderers is significantly more important than propping up the fictional narrative of victimhood and the nonsensical hurt feelings. People are being slaughtered every day in jihad attacks.”