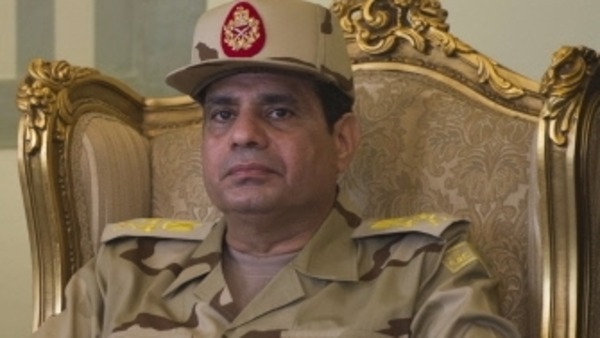 In his speech this week to the Egyptian Navy and Air Force graduating classes of 2013, which aired on TV, Egyptian military Commander in Chief, Abdul Fatah Al Sisi, spelled out the current dangers of enemy militias inside Egypt. He explained that these militias would not hesitate to try to destroy Egypt’s military, seek protection from the military for their terror forces, and watch the military turn against Egyptian citizens.

He then requested in the same speech that all Egyptian freedom protesters gather in the streets of every city, town and village on Friday June 26th in greater numbers than on June 30th to endorse and support the Egyptian army combating terrorism. The Egyptian army is stepping in now to avoid additional bloodshed and impose law and order to avoid civil war.

By this request, we believe that Al Sisi reinforces a military which will continue to carry out the will of the people as it had in the arrest of Morsi on July 3rd. Accordingly, it denotes the absence of a military coup.

All Egyptian pro-democracy citizens inside Egypt and in the Diaspora: Join Al Sisi

The Egyptian army will stand against terrorists for the welfare of Egyptians and preserve the gains made by Egypt’s freedom movement in the June 30th uprising. At this time, freedom fighters inside Egypt alone have the right to determine their destiny and political future and only with the help of democracy advocates inside and outside the country.

Interference from democracy haters and deceivers inside and outside Egypt must be kept off-limits, moreover now, that Egyptians have determined their course. We object to finances and intimidation employed to break the resolve of democracy advocates and dilute the pure intentions of Egyptians fighting for democracy.

Our hope for leaders outside Egypt: Support democracy inside Egypt

The United States and Germany remain with Morsi and the Muslim Brotherhood. While the European Union is polite, Russia and China are silent. Saudi Arabia, Qatar and UAE are financing Egypt’s interim government aiding the disastrous Morsi economy.

Our great hope is that the Egyptian military will succeed

We hope the Egyptian military will succeed in its attempt to clean the country of terrorists which will facilitate harmony between Muslim and Christian inside Egypt and bring peace to the region.