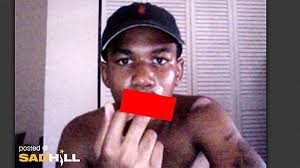 In the midst of all the racial hullabaloo stirred up by so-called advocates for black empowerment after the Zimmerman trail, guess who is really being harmed? Answer: Black America.

All of you black pastors, black politicians and black celebs who have joined Sharpton and the MSM’s lynch mob to “get Zimmerman” should be ashamed of yourselves. You are doing a huge disservice to the very people you claim to champion by chasing a straw man while ignoring the real issues that are devastating black America.

Everyone knows the black community is a mess. White folks ain’t killin’ us. We are killing each other. http://bit.ly/UvLa18 Over 70 and increasing percent of black kids grow up in fatherless homes. http://bit.ly/139qwpH Researchers warn that we blacks are aborting ourselves into extinction. http://bit.ly/18sFlIA Black school dropout rates are at epidemic levels. Fatherless households and school dropouts fuel through the roof high black unemployment, gangs and incarcerations.

And yet, all of you so-called defenders of black America are hellbent on destroying the life of one Hispanic for defending himself. Displaying remarkable evil intend, the MSM launched a false narrative filled with lies about the incident; not giving a darn about the consequences, loss of property and lives.

To strengthen their America is racist storyline the MSM creatively called Zimmerman a “white Hispanic”. The MSM edited Zimmerman’s 911 call to make him sound racist. To gin up black rage the MSM promoted a photo of Martin as an innocent 12 year old rather than the 17 year old 6’2” 160 lb thug he was at the time of the incident. Yes, Martin’s history documents that he was a thug. http://bit.ly/1bJ2hFC

By the way, black activists saying that the jury declaring Zimmerman not guilty means it is open season on young black men is pure evil race-baiting crap. Statistically, blacks are 50 times more likely to assault whites than vice versa. http://bit.ly/3LIVZP

You black avengers should be totally outraged that CNN’s white liberal host Piers Morgan presented Rachel Jeantel’s ignorant ghetto language as representative of how we speak in the black community. Morgan called Jeantel “one smart cookie” and you knuckleheads probably consider Morgan and his condescending fellow white liberals our friends. http://bit.ly/1aqKrpn

Please forgive my use of “knuckleheads”. I just find it extremely frustrating that liberals continue to urinate on blacks, tell us it is the Republicans fault and we fall for it. Liberal pandering has destroyed the black family and continues to wreck havoc in the black community; and my fellow blacks can not see it and continue to kiss white liberal’s derrieres. Yes, I am frustrated.

In the eyes of a relative of mine, her son could do no wrong. She created a spoiled brat that grew up to be a jerk; no self discipline or respect for authority. His personal relationships were disasters. He could not keep a job. He died young. While I believe everyone is ultimately responsible for their own behavior, his mom’s lack of parenting contributed to his demise.

Folks, this is exactly what liberal black leaders and liberal whites having been doing to blacks; refusing to hold us accountable for bad destructive behavior and making excuses for us.

Real compassion is honestly dealing with the issues plaguing the black community rather than so-called advocates (Democrats and the MSM) using our dysfunction for their political and financial gain.

All of you black celebs and black politicians demanding Zimmerman’s head on a platter make mega-millions of dollars a year. With blacks being only 12% of the population, you would not be who you are without white support. Thus, your accusation that America is hostile towards black males is absurd, racist and worst of all, discouraging to young blacks.

America is the greatest land of opportunity on the planet for all who choose to go for it. Period! End of subject!

Black advocates indulging blacks in irresponsible self-destructive behavior only serves to undermine black progress; creating spoiled, entitlement minded, undisciplined, hopeless and angry black youths. Do you guys not see the disservice you are doing to your own people? It is the same as bad parenting.

But, here is what is truly sad and frustrating. Every word in this article is true. And yet, liberals black and white, will read it and seek to silence, punish and destroy me; calling me a traitorous sellout, an Uncle Tom and a self-loathing stupid “n” word.

Meanwhile, liberal’s exploitation will further the decline and suffering of black America. Race hustling ambulance chasers like Sharpton will continue seeking opportunities to extort a buck and increase their political power. Liberals will continue treating us blacks like inferior idiots demanding lowered standards and expectations. Lord, help us.

Black males will continue killing each other over the slightest dis. That 70% rate of black out-of-wed births and fatherless homes will continue rising along with school dropouts, abortions, unemployment and incarcerations. And blacks will continue rewarding liberal Democrats with almost 100% of their vote.

In keeping with liberal’s lowering the bar for blacks, Rachel Jeantel will probably get her own reality TV show. Millions of black youths will be able to learn “new school” as Rachel described it, black language, “creepy ass cracka” and “nigga”. I wonder what her TV show will be titled? “Rachel Jeantel: She Be All Dat”.

Go ahead and accuse me of not being down with authentic blackness or a traitor to my race if you want to, but I will not be tuning into Rachel’s show.

Dr. Martin Luther King, Jr. who inspired black excellence must be turning over in his grave. http://bit.ly/13O8j3q