I want to thank Maggie Thornton at Maggie’s Notebook for nominating me for Most Influential Blogger. There’s no voting on this award, just an acknowledgement from a friend or compatriot on your work. For years, I have admired Maggie’s Notebook, one of the very best blogs on the web and a site I visit every day. You should too.

While over the years, I have been called a myriad of things, this is a first and I am honored. Beats the heck out of being called a spy, infidel or a more colorful term. Just sayin’. 😉 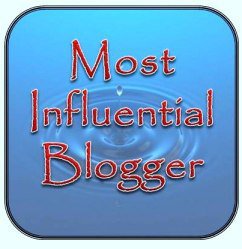 1. Display the award logo on your blog.

2. Link back to the person who nominated you.

3. Answer 7 questions decided upon by your nominator.

4. Nominate ( no limit of nominations ) other bloggers for this award and link back to them.

Here are the questions Maggie asked me to answer:

1. Why did you start a political blog and when?

I started this blog immediately after 9/11/2001. Incensed by the murder of nearly 3,000 on that fateful day, I felt a calling to, in my own way, spread the truth and real news to all I could to fight our enemies. I lost friends and colleagues that day — their early passing still cries out for justice and I still fight for them.

2. Who is the one person still living that you would most like to meet and chat with?

I typically don’t go out of my way to meet others, due to my line of work and the fact that I feel I am just a regular American and no more or less than anyone else. But, if I could meet anyone still alive, it would be Glenn Beck. I believe that his insight would be refreshing and similar to mine. That would be a conversation that would be entertaining to say the least.

3. Would you replace Chief Justice of the U.S. Supreme Court John Roberts if given the opportunity, and if so why and replace with whom?

Yes, Roberts has been compromised and does not belong on the Court. He is no longer unbiased, independent or unaligned. Someone, somewhere, got to him with something that he is being blackmailed with, I’m convinced of it. I would replace him with Judge Jeanine Pirro who is not only brilliant, but moral and ethical as far as I know. She is unafraid and I don’t believe she would bow to underhanded tactics in Chicago-style politics.

4. If you could visit one nation you have never visited before, what nation would that be?

That nation would be New Zealand where my friend and colleague Trevor Loudon resides. Not only is it beautiful, but any country that can produce a patriot such as Trevor has got to be awesome. Kiwis rock!

5. What is something you would collectively change about humanity?

I would change the fact that humans tend to think the universe revolves around each of them. Get over yourselves. God certainly has and in my humble opinion, each of us needs to get our soul right with God. I am incredibly tired of the selfishness that leads to corruption and evil. America’s soul needs an exorcism to get rid of the evil permeating it.

6. What book has influenced your life (other than the Bible or Torah) and describe how?

It is a tie between Stephen King’s (can’t stand him personally) The Stand and Sun Tzu’s Art of War. The Stand woke me up in the 90’s that there was far more to our destinies than meets the eye and that the path we were on was a very dark one. The Art of War enlightened me on the cunning, deliberate manipulations within war, business and personal politics. The most influential author in my life is Dean Koontz. A Libertarian, a good man and one hell of a writer – not only has he riveted me through the years with his writing, he opened my eyes to the evil that is possible in our world and why it is worth fighting. Thank you Dean.

7. If you were free to live in any city/town you choose in the U.S., which would you choose and why?

We just moved to the Tulsa, Oklahoma area. I have fallen in love with this city and state in the short time I have been here and would not live anywhere else now. The people, the manners and the way of life is heaven to me. Arguably, the most conservative state in the Union, Oklahoma has some of the best people I have ever met. They are religious and moral and oh so, giving. Tulsa and Broken Arrow are lovely. So far, I have seen no graffiti, no derelicts – just lovely green areas and neighborhoods that would knock your socks off. People love their homes and neighborhoods here. My father was from Miami, Oklahoma. I feel like I’ve come home.

The following are my nominations of those out there that I find the most influential. I can’t include everyone, but these are ones I go to all the time. I will limit myself to 15, my compatriots on The Watcher’s Council.

Here are the members of The Watcher’s Council. (Nominees, see your 7 questions below.) 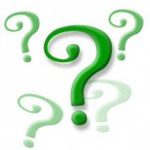 Nominees, here are your 7 questions:

1. What is the most important issue facing America?

2. If you could have anyone out there be President, who would you choose?

4. Who is the greatest enemy of America and why?

5. If you were fighting for your way of life, would you choose principle or security?

6. Who are the conservative leaders that you admire?

7. Has communism/Marxism/progressivism infiltrated America and what would you do to stop it?

Rob at JoshuaPundit renominated me (thanks Rob!), so here are my answers to his questions:

1) Who is your favorite fictional character?

That’s a tough one — right now I would love one of the following: Sarah Palin, Allen West or Ted Cruz.

3)What do you feel is the most vital issue facing America?

The enemy within – the infiltration of our government and institutions by the communist/Marxist/progressive faction.

4) What do you find most satisfying about blogging?

It is an outlet for me and far cheaper than therapy. 🙂 And every once in a while, I get to help someone.

5)Do you have a secret talent few people if any know about?

By day, I’m a professional trouble shooter — I solve problems for a living and love it.

6)What would you say the odds are on America remaining a free country?

Not good currently… but I believe in the American people and we are scrappers. Perhaps we will lay the groundwork for our children’s children to taste freedom once more.

That’s a hard one too — I love Young Frankenstein, Blazing Saddles, Life of Brian, Airplane I and II and Roxanne. There are sooo many.