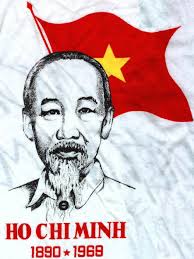 I honestly don’t know how anyone who has been paying even the slightest attention to Obama and his history can be surprised at President Barack Obama‘s claim that Vietnam’s communist leader Ho Chi Minh was an admirer of U.S. Founding Father, Thomas Jefferson. Obama’s statement should be one for the history books and it is a direct insult to our Vietnam Vets. Disgraceful.

After all, Obama just claimed that he knows more about the Constitution than those stupid, oafish Republicans. So, now he’s all knowing, as well as all seeing — hope Olympus has saved him a seat:

In an interview after his speech Wednesday in Galesburg, Illinois, President Obama was asked if he consulted White House lawyers before unilaterally delaying the employer mandate in Obamacare. Since Congress, in the Affordable Care Act, specified that the mandate is go to into effect at the start of next year, reporters from the New York Times asked if the president investigated whether he had the legal authority to put it off without going through Congress.

Obama didn’t exactly answer the question. But judging from what he said, his answer was: No, I didn’t consult White House lawyers because I know a lot more about the Constitution than the Republicans who are complaining about it. And besides, they don’t think I’m legitimately the president, anyway.

“People questioned your legal and constitutional authority to do that unilaterally — to delay the employer mandate,” asked the Times’ Jackie Calmes. “Did you consult with your lawyer?” […]

At that point, Obama explained that if Congress doesn’t like what he’s done, then lawmakers can try to do something about it. “I’m not concerned about their opinions,” the president said. “Very few of them, by the way, are lawyers, much less constitutional lawyers.” And some Republicans “think I usurp my authority by having the gall to win the presidency.” [emphasis mine]

At the conclusion of the meeting, President Sang shared with me a copy of a letter sent by Ho Chi Minh to Harry Truman. And we discussed the fact that Ho Chi Minh was actually inspired by the U.S. Declaration of Independence and Constitution, and the words of Thomas Jefferson. Ho Chi Minh talks about his interest in cooperation with the United States. And President Sang indicated that even if it’s 67 years later, it’s good that we’re still making progress. 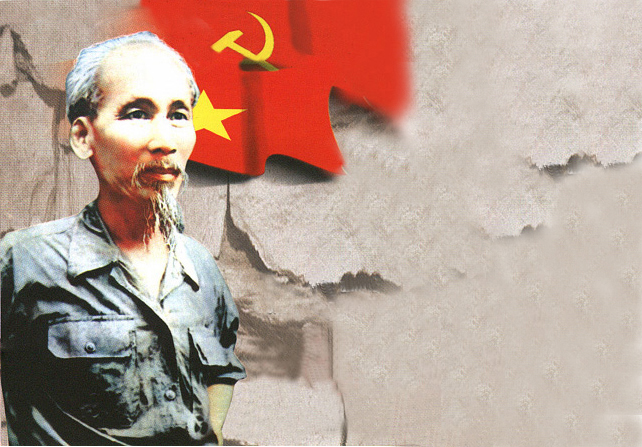 Perhaps Obama missed that Ho Chi Minh had been a communist operative for more than 20 years at the time of that letter. That he spent most of his life living outside his country and that some of that time was in Moscow studying in the Lenin School. With the military aid of America, the Vietnamese communist guerrillas had just finished expelling the Japanese invaders. Ho Chi Minh was on very close terms with the U.S, Office of Strategic Services (already heavily infiltrated by American communists), which was the forerunner of the CIA.

The Vietnamese communist’s next step was to expel the French colonialists. They were keen to enlist American help in this battle, or at least not to provoke US opposition. In 1945, US foreign policy was still very soft on communism. It would only harden under Democrat president Harry Truman a couple of years later. Imagine what today’s Democrats would think of Truman – or JFK for that matter.

Ho Chi Minh had a brilliant mind and he played America like a communist fiddle. He lied with aplomb to gain support against the French and when that didn’t work with the Americans (at first), he turned to the Russians and ousted them by 1954. 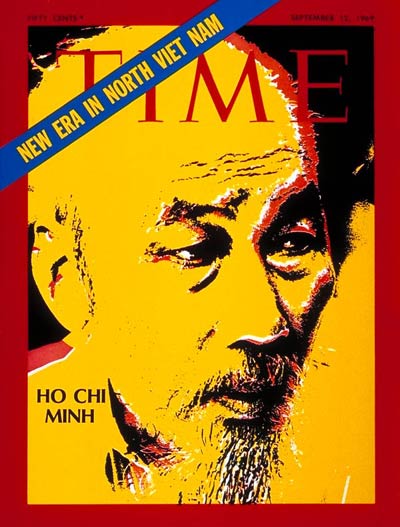 Up is down, black is white and history has now been turned inside out. It’s like America is stuck in a never ending game of Lucy and Charlie Brown football. We keep falling for the same old communist tricks, because they swear it’s different this time. The Vietnam War was more of the same and so are today’s trends:

Then, after a period of consolidation, this great admirer of Thomas Jefferson attacked sovereign South Vietnam, with covert Soviet and Chinese support, sparking the Vietnam War.

The communists played a similar game in China, deliberately portraying themselves (with the help of American sympathizers in the State Department) as non-communist “agrarian reformers.”

Hugo Chavez in Venezuela repeatedly denied he was a socialist – until he had consolidated sufficient power.

I would suggest that a protege of Communist Party member Frank Marshall Davis and a long time “Party friend” like Barack Obama, would be well aware of the history behind his statements.

The Devil can cite Scriptures to suit his purpose. Communists have a long history of citing the US Constitution and invoking American patriotism to suit theirs.

Barack Obama does it regularly… 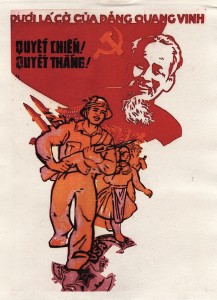 Ho Chi Minh was The Butcher of North Vietnam and he is the recipient of high praise from Barack Obama. Obama is rewriting history to suit his Marxist vision. Make no mistake that Obama knew exactly what he was saying and whom he was praising.

While China is gearing up for war with us and paying very special attention to radiation-hardened electronics (gee, I wonder why), Obama is kanoodling with communists, Marxists, religious radicals and dictators across the planet. He has left us wide open to attack by seriously downsizing our military and gutting our weapon arsenals. He wants us attacked and brought down. It would be the ultimate redistribution of wealth and would give Obama the accomplishment of his long-dreamed of agenda.

Obama’s meeting with Vietnamese President Truong Tan Sang was a slap in America’s face — it was the ultimate bow and grovel moment. This is a country that on a regular basis imprisons and tortures bloggers and priests, quashes reporting and free speech, and routinely silences any form of political dissent. They are also heavily into forced labor and slavery. Obama said they “discussed the challenges that all of us face when it comes to issues of human rights.” You betcha! I’ll wager Obama was taking notes on how to improve his flowering dictatorship. Michelle Obama told supporters in her latest email that Barack is working to make Americans free from government. Yes, free from our form of government so Obama can rule as he wishes from on high. And that is at the core of his bromance with Ho Chi Minh, with Mao, with Stalin, with Che and with every other blood thirsty communist/Marxist/progressive that has unfortunately graced history. Note that “freedom from government” is the anarchist/chaos stage used to catapult dictators to power.

From a 1968 Reader’s Digest piece on the rule of Ho Chi Minh:

The village chief and his wife were distraught. One of their children, a seven-year-old boy, had been missing for four days. They were terrified, they explained to Marine Lt. Gen. Lewis W. Walt, because they believed he had been captured by the Vietcong.

Suddenly, the boy came out of the jungle and ran across the rice paddies toward the village. He was crying. His mother ran to him and swept him up in her arms. Both of his hands had been cut off, and there was a sign around his neck, a message to his father: if he or any one else in the village dared go to the polls during the upcoming elections, something worse would happen to the rest of his children.

The terror had its real beginning when Red dictator Ho Chi Minh consolidated his power in the North. More than a year before his 1954 victory over the French, he launched a savage campaign against his own people. In virtually every North Vietnamese village, strong-arm squads assembled the populace to witness the “confessions” of landowners. As time went on, businessmen, intellectuals, school teachers, civic leaders — all who represented a potential source of future opposition — were also rounded up and forced to “confess” to “errors of thought.” There followed public “trials,” conviction and, in many cases, execution. People were shot, beheaded, beaten to death; some were tied up, thrown into open graves and covered with stones until they were crushed to death, Ho has renewed his terror in North Vietnam periodically. Between 50,000 and 100,000 are believed to have died in these blood-baths — in a coldly calculated effort to discipline the party and the masses. To be sure, few who escape Ho’s terror now seem likely to tempt his wrath. During the 1950s, however, he had to quell some sizeable uprisings in North Vietnam — most notably one that occurred in early November 1956, in the An province, which included Ho’s birthplace village of Nam Dan. So heavily had he taxed the region that the inhabitants finally banded together and refused to meet his price. Ho sent troops to collect, and then sent in an army division, shooting. About 6,000 unarmed villagers were killed. The survivors scattered, some escaping to the South. The slaughter went largely unnoticed by a world then preoccupied with the Soviet Union’s rape of Hungary.

Sounds like Obama and “Uncle Ho” are similar in many ways. He seems to be rolling in the deep with his beloved communists. I am very sure he is familiar with the Cambodian Killing Fields as part of Ho Chi Minh’s grand plan. I wonder… is it part of Obama’s? I’ll leave you with a candid quote from Fox News:

It may come as some unwelcome news to the families of the nearly 60,000 Americans who died in the Vietnam War that the whole thing was just a misunderstanding. 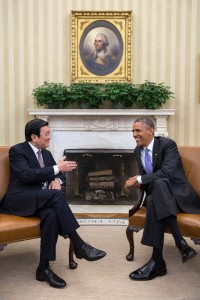 28 thoughts on “Rolling In The Deep… With Communists”