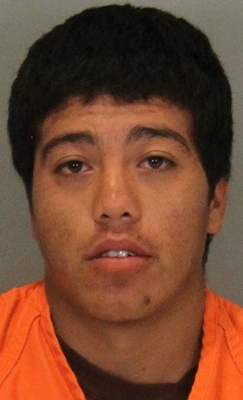 Laborers by Day – Murderers by Night. Politicos tell us that illegal immigrants are the future of our country. What kind of a future is this?

You’ll pardon me if I’m so angry I can scarcely see straight. We have predators running loose in this country and the vermin in Congress don’t care about you or me, just satisfying the special interests and their insatiable appetite for cheap labor. Louise Sollowin is the latest victim – not the only victim, just the latest.

This story is not fresh off the printer – the news report has been re-blogged since July 24th. I don’t think it has had nearly enough circulation though, and I want to tie this into a solution, while stiffening your resolve to oppose the amnesty bunch in Congress at every move.

I had personal feelings when I saw this story. I’ll tell you why, in a moment. Here are the basic details of the atrocity as reported by the Associated Press:

OMAHA, Neb. (AP) — Authorities say a 93-year-old Omaha woman has died after being beaten and raped.

Omaha police say Louise Sollowin died Wednesday, three days after the attack in her home. According to a police report, an officer who was sent to check on Sollowin found her covered in blood in a bedroom around 9 a.m. Sunday. The officer reported that 19-year-old Sergio Martinez-Perez was naked and passed out on top of the woman.

Prosecutors say Martinez-Perez acknowledged assaulting and raping Sollowin, saying he was mad at women after a night of drinking.

When I saw that a 93 year old Grandmother spent the last hour or so of her life in a maelstrom of physical torment, fear and agony, I thought of my own mother – soon to turn 92, possibly being a victim of an attack like that inflicted on Mrs. Sollowin – so inhuman, it defies comprehension. Investigators surveying the crime scene reported Mrs. Sollowin’s blood splattered on the walls and even on the ceiling! I feel my heart racing when I reflect on this.

From the Omaha World Herald:

When Louise Sollowin died, she took a library’s worth of neighborhood knowledge with her.

The 93-year-old was a prominent figure in Omaha’s Little Italy community. For 50 years, she fired up the oven at Orsi’s Italian Bakery. She attended Mass at St. Frances Cabrini Catholic Church. She sewed while watching gaggles of neighborhood children play with her own.

“She was a very lovely lady,” longtime resident Nancy Calinger, 71, said. “She was a pillar in our neighborhood and a library, as well, because of her history.” Sollowin was beaten and raped Sunday in her bed by an intruder. He entered her home at 1921 S. 10th St. through an unlocked door. She died Wednesday at the Nebraska Medical Center.

Joe Sollowin, Louise’s son, said he was shocked to hear of his mother’s death. “Her body was so completely broken up,” He said he had figured that his mother would live forever because she was one of the few people in the family who never touched alcohol or cigarettes. She worked at the bakery until about 10 years ago, when her weakening eyesight forced her to retire.

“My mother was a saint,” Sollowin said. “This is beyond words. … It’s horrendous.” “To single out a 93 year old woman and beat her to a pulp and kill her and rape her, it disgusts me. How anyone could do this. I want to see him on the other side of the glass when they pull the lever down. That’s what I want to see,” Sollowin said.

The atrocity has left people in the community struggling with questions: How could something like this happen? Why Sollowin? And could it happen again? “To kill her the way that man did,” Calinger said, her voice cracking. “Damn him.” 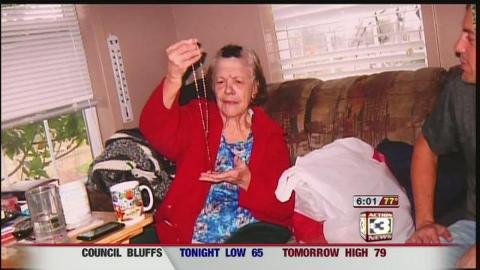 Illegals supposedly ‘deserve’ citizenship. Did Louise deserve what happened to her?

Perez dealt the physical assault on Louise, but he had enablers – the Obama Administration, Sanctuary Cities typically governed by ‘progressives’, by Republicans and Democrats in Congress, who won’t make eVerify mandatory for all employers, or require Homeland Security to implement serious as a heart attack, muscular border security.

And to add to the list, hypocrites like my Brother-in-law, that make noises about illegal immigration, but hire illegal day laborers. Why do they hire them? Simple – the hypocrites hire them because they are cheap and greedy and want you to subsidize their cheap labor with higher taxes, while at the same time exposing you to the menace of imported crime. My Brother-in-law is a landlord and hires illegals to do repair work (if it can be called such), on his rental properties. Sergio Martinez-Perez, may have even been employed by him at one time or another.

It’s disgusting. I hope no one reading this is hiring labor off the street and not confirming their legal status or employing them at your place of business. If you are, you need a check up from the neck up to review your defective ethics. You’d also better make sure these pick-up laborers don’t know where you live! Here’s Louise Sollowin’s obituary:

If you wish, you can sign the memorial guest book for Louise’s family here.

I’m by no means done with this subject. I’m going to be hammering on the travesty of the illegal alien crime epidemic in upcoming posts. We have a core population of human toxic waste, sitting in our prisons, soon to be released into the midst of unsuspecting general society and a network of agents of the Sinaloa and Zetas Mexican drug cartels, committing crimes on their behalf. All while this is going on, we have Paul Ryan promising that legalization will be voted on in Congress this coming October! We have Senator Menendez promising illegals and their advocates that all that is necessary to enact amnesty is to get ANY immigration bill out of the House and into conference with the Senate!

But for now, there is something you can do. Ask the management of the restaurant, hotel, lawn maintenance company and any number of other businesses you spend money with, if they are screening their new hires and employees with EVerify. If the answer is no – ask why not. EVerify is 96 percent accurate now, and false positives for bonafide citizens can be remedied easily by producing a variety of documents that confirm legal status. There is no excuse not to use it. They don’t have to wait for Congress to require it.

Louise Sollowin’s family, yours and mine, deserve nothing less.

2 thoughts on “Reform This!”