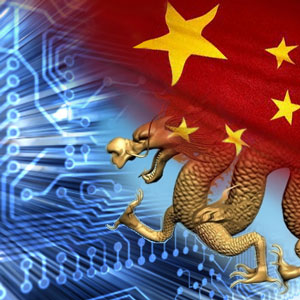 The bite of reality will take America by storm, while her citizens are immersed in reality TV, the Chinese are engrossed in cyber warfare — America is at war, right now on multiple fronts and from within.

According to Bill Gertz at the Washington Free Beacon, a report entitled: Study on Space Cyber Warfare, written by four engineers working at a Chinese defense research center in Shanghai details how cyber warfare is now the preferred form of aggression, not replacing nuclear warfare, but augmenting it. This report gives an inside look into Chinese preparations for an attack on the United States in cyberspace and space.

“Cyber warfare is not limited to military personnel. All personnel with special knowledge and skills on information system may participate in the execution of cyber warfare. Cyber warfare may truly be called a people’s warfare,” the report says.

A defense official said the report was recently circulated in military and intelligence circles. Its publication came as a surprise to many in the Pentagon because in the past, U.S. translations of Chinese military documents on similar warfighting capabilities were not translated under a directive from policy officials seeking to prevent disclosure of Chinese military writings the officials feared could upset U.S.-China relations. 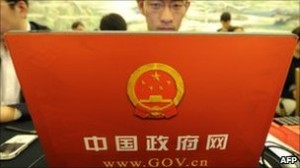 Although the US and China are supposedly chatting about cooling down the rhetoric, the reality is that things are heating up and sooner than later will boil over. While the US is mired down in Syria and the Middle East, China and Russia wait in the wings for the perfect moment to pounce in the ultimate game of cat and mouse — guess which one we are.

China intends to use advanced laser technology to take out our satellites when they are ready. As weak as the US is and is becoming, they are in no hurry. Patience is a military virtue. The report goes on to say, “Cyber warfare is an act of war that utilizes space technology; it combines space technology and cyber technology and maintains and seizes the control of cyberspace.” No wonder the Pentagon and our intelligence agencies are crapping their pants. We are absolutely vulnerable to this form of attack.

The report also states that satellites and space vehicles are considered the “outer nodes” of cyberspace and “are clear targets for attack and may be approached directly.” In addition, ground-based cyberspace nodes are more concealed and thus more difficult to attack. Satellites have limited defense capabilities as well and are restricted in their anti-jamming abilities. This same report clearly reveals that China’s military is getting ready to carry out space-based cyber warfare using cyber reconnaissance, satellite jamming and attacks using space vehicles.

Sounds like science fiction, but unfortunately for us, it is not. More from Gertz:

“A space cyber-attack is carried out using space technology and methods of hard kill and soft kill,” the report said. “It ensures its own control at will while at the same time uses cyberspace to disable, weaken, disrupt, and destroy the enemy’s cyber actions or cyber installations.”

The cyber attacks include launching computer viruses, theft and tampering of data, denial of service attacks, and “detonation of [a] network bomb that can instantaneously paralyze or destroy enemy’s information network.”

Hard-kill cyber attack weapons include missiles and other “kinetic” weapons along with directed energy, including lasers, radio frequency weapons, and particle beam weapons.

Do you see how we are already at war and Americans don’t even realize it? We are being probed and attacked each and every hour of the day. The Chinese are huge fans of sudden, surprise attacks and attacks by stealth. Cyber warfare is their dream come true.

China has already demonstrated two anti-satellite weapons: ground based lasers in 2006 and then the SC-19 [anti-satellite] missile in 2007. A higher Medium Earth Orbit (MEO) capable ASAT called DN02 may have been tested recently according to Richard Fisher, a Chinese military affairs expert.

The directive outlines the use of military cyber attacks that “can offer unique and unconventional capabilities to advance U.S. national objectives around the world with little or no warning to the adversary or target and with potential effects ranging from subtle to severely damaging.”

A third Chinese document from 2005 that was translated recently by the U.S. government reveals that Chinese military planners are preparing to destroy or disable up to eight Global Positioning System satellites. The satellites are critical for U.S. military precision guided missiles and bombs.

Though I am no fan of the NSA and believe it needs to be cleaned up, this is part of why I believe Snowden is a traitor. He handed critical intel to the Chinese and the Russians on cyber warfare. They will surely use it against us and they believe it could win the war for them.

In case all of this sounds too far off for you, let’s bring it closer to home. Doug Ross ran a post this morning that caught my eye: HOLY CRAP: Chinese Hackers Caught Attacking a Decoy US Water Plant. Yep, you read that right… the Chinese have hackers going after our utilities and who knows what else and they are hacking in no problemo. While Obama is yelling ‘squirrel!’ every chance he gets to take attention from his scandals and the obvious destruction of America, the Chinese are making themselves at home in our infrastructure.

Ponder that a moment… they could shut off water supplies to whole cities or poison them with minimal effort. Now, play that out with electricity or gas or nuclear energy. Now, what if they quietly wormed their way into ALL of those and waited to strike across the board all at once? Anyone who thinks they wouldn’t is a fool. From Black Hat:

Chinese hackers have been harassing the US in a series of cyberattacks, but we’ve started trying to talk it out and cool this all down. But in the meantime, a security researcher has just revealed that he caught a team of Chinese hackers hijacking a fake water plant he set up. And aside from spotting the fake, they knew exactly what they were doing.

Kyle Wilhoit, a researcher with security company Trend Micro, explained the details of the whole thing at Black Hat on Wednesday. The hackers that attacked the honeypot are known as APT1 or “Comment Crew,” and have been tracked back to the Chinese Army before; this isn’t just some group of high-tech hooligans.

According to Wilhoit, the whole thing was extremely and obviously deliberate. He put it this way to the MIT Technology Review:

You would think that Comment Crew wouldn’t come after a local water authority. I actually watched the attacker interface with the machine. It was 100 percent clear they knew what they were doing.

This isn’t an isolated case either. Wilhoit also shared information about 12 other decoys that attracted some 74 deliberate attacks from APT1 and other groups, 10 of which were able to completely control of the fake water plants. If the targets had been real and not decoys, the attackers would have had no problem doing pretty much anything they wanted with the infrastructure they managed to snag…

Our weapons designs have been stolen by the Chinese. Did you know that? Was it ever in the mainstream news? We are totally unprepared for cyber warfare and our enemies know it. America is waking up to war on multiple fronts — the Chinese and the Russians are coming just as Trevor Loudon has said for a long time. In closing, please listen to my friend and compatriot before it is too late.

Trevor has just written a new book: The Enemies Within: Communists, Socialists and Progressives in the U.S. Congress. Order it, read it, give it to everyone you know. Our survival depends on it.