News is leaking from numerous quarters, of our long extended crypto-recession and the orchestrated decline in (i.e., robbery of) the wealth of our incomes across the spectrum, due in part but not nearly in whole to the managed decline of the Dollar, as George Soros has labeled and rationalized it for the masses.

This, while Barack Obama’s and the bank cartels’ wealthiest cronies in America and around the world, plus a variety of Wall Street traders get wealthier.

We will offer all the words in this five-minute lesson-as-interview.

SchiffReport’s 8/5 YouTube of 8/1 Canadian Television interview,
“What’s the pin that will prick this new bubble?”

But if you wish to transcribe any of its end-to-end essentials, be invited to post them in comments.

And see, “Prepare this August Like September will Hit the Fan.” 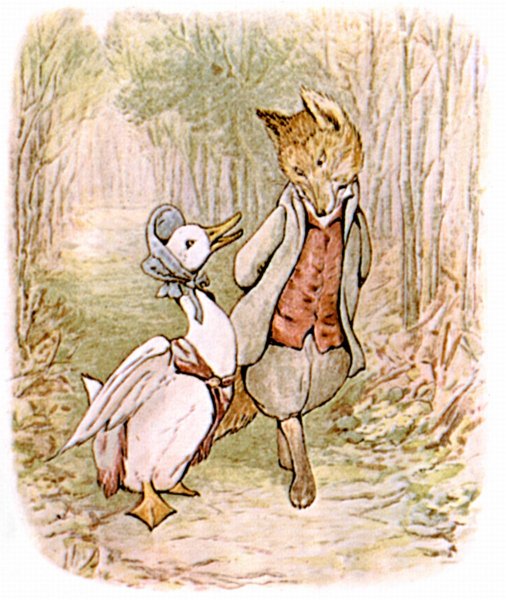 Every week on Monday morning, the Council and our invited guests weigh in at the Watcher’s Forum with short takes on a major issue of the day. This week’s question: If you could be anyone else living or dead, whom would you be?

GrEaT sAtAn”S gIrLfRiEnD: Anydobby ever? Too many to list tho here are the top two.

K – Queen Victoria for one – she was a formidable lady and led during Britain’s great age of industrial expansion, economic progress and, especially, empire. At her death, Britain had a worldwide empire on which the sun never set.

Paris Hilton – with that kinda cash and the right education – she could have made a real difference for her nation and the world by jumping into policy and politics. Anything from Sec of State to Lady Pres would have been possible for her if she chose wisely and played her formidable deck of cards correctly.

Rhymes With Right: Now this is heck of a question for you, don’t you think.

Anyone? Jesus Christ! (Or maybe not, given the implicit blasphemy of wishing oneself to be the Son of God.)

A Greek philosopher — Aristotle, perhaps, given his association with both Plato and Alexander the Great? Perhaps a Roman emperor or Egyptian pharaoh. Nah — to high fallutin’ and besides — no indoor plumbing, running water or modern medical care. That rules out other folks I greatly admire — Queen Elizabeth I, Shakespeare, the Founding Fathers, or Robert E. Lee (though that would be a great one — taking Lincoln up on the offer of command of the Union Army would be a phenomenal counter-factual scenario I’d like to live out).

Which leads me to four of my biggest heroes, men and women of the modern world.

And the one I would most likely pick — President Ronald Wilson Reagan.

To grow up poor and humble, and to become a great man. To be an entertainer who took those skills and put them to greater service to mankind. To directly or indirectly bring about the liberation of hundreds of millions — and to bring about the revival (sadly all too temporary, as the Obama years have shown us) of the nation that I love. And to be love and be loved by a woman who was undeniably a soulmate.

One could do worse.

JoshuaPundit: While there are a number of historical/slash cultural figures I’d enjoy being, I’m going to take one for the team.

I’d want to be Barack Hussein Obama for about 6 months to a year or so. My mind and soul in his body.

First of all, I’d demand the resignation of all cabinet members. New appointees would be Allen West as SecDef. Andrew McCarthy as AG, Sarah Palin or Harold Vinegar as Sec of Energy, John Bolton as either Sec of State or NSA, Mitt Romney as either Sec of Treasury or Commerce. Mark Steyn would be Press Secretary if he’d take the pay cut. General Mattis would be head of the JCS. I’ve got an even more interesting list if any of the above couldn’t be confirmed.

ObamaCare would be repealed by EO, with an address on national TV to the extent that I was so sorry it was such a screw up.

Ditto with the EPA regs, the START Treaty, and most of the president’s political agenda. I’d announce full investigations and independent prosecutors of Fast and Furious, Benghazi, IRS-Gate, etc, unseal all records, order all federal personnel to cooperate and testify and testify myself under oath on these items and a number of other little matters I’ve chronicled since 2009. I’d also announce that I would veto any legislation calling for amnesty for illegal aliens and instead begin an immediate program to control our borders and enforce current immigration laws based on a points system.

I’d slash taxes, spending and federal regs (leaning towards a flat tax with mods) to encourage investment and growth by the private sector as well as allowing drilling in ANWR and the Gulf, fracking and solar where practical and the gasification of coal to make synthetic fuel.

Iran’s nuclear program would be a thing of the past, as would our involvement in Afghanistan and US aid to Hamas and the Palestinian Authority.

And that’s just for starters.

At the end of my time as Barack Obama, the investigations would have progressed substantially, the nation’s economy would be well on the way to being massively improved, certain national figures would be under indictment, Harry Reid would be an Oxycontin addict, Rachel Maddow would have left MSNBC to become a nun and President Obama would return to his body and look something like this: 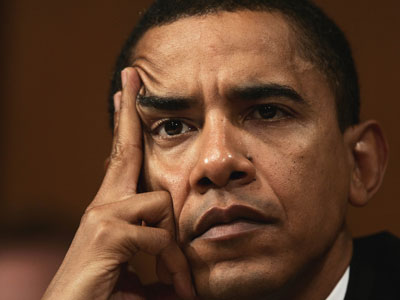 And me? I’d be back in my own body… laughing my behind off.

Has the criminal Russian state claimed another victim? Marina Kalashnikova died two days ago in Moscow of cancer. Both she and her husband Victor were diagnosed with mercury poisoning some time ago. As the physically smaller of the couple, Marina was affected more severely. Doctors told her her liver was compromised and that cancer was a strong possibility.

I hate to make a political point out of a personal tragedy, but the fact remains that Marina Kalashnikov may still be alive today had she and her husband not run afoul of Putin’s intelligence/gangster state.

For some weeks now, this blog has been running exposes by Jeff Nyquist as relayed to him by Victor Kalashnikov – a former KGB officer.

For some time Victor Kalashnikov and Marina, a professional historian, had been collecting oral histories and documentary evidence of the hidden side of Soviet/Russian politics.

They appeared on several TV shows in Western Europe and were the subject of many articles. Though returning to live in Moscow, the couple’s fame gave them some degree of protection.

The Kalashnikov’s material was not flattering to the modern Russian state, or its leaders. Far from a new state, welcoming Christians and suppressing radical Islam, as KGB (now FSB) propaganda likes to tell us, Kalashnikov paints a picture of an emerging intelligence-run empire intent on finishing the job the Soviets failed.

A gangster state that uses Islam as a battering ram against the West. A state that manipulates the deeply compromised Russian orthodox Church in order to gull Western Christians and conservatives. A state that supports international terrorism as a key part of long range strategy. A state that has huge armies of paid propagandists, whose only purpose is to manipulate and direct Western public opinion.

A state that is winning a propaganda and terrorist cold war that most Westerners don’t even realize they are fighting.

Here are the last 4 posts on Victor Kalashnikov’s ideas.

Please read them. They are not comfortable reading by any means. But they do have the ring of truth.

I offer my condolences to Victor Kalashnikov. To lose a spouse so young must truly be one of life’s hardest experiences.

Every time I undertake a tour of the United States, I appeal for some financial support. In all four of my previous lecture/book tours it has been generously given. I’m hoping that spirit will prevail again. But that’s up to you. As I’m about to embark on my 5th tour in August, I’m appealing again.

From August 9th, I will be in the U.S. for 90 days speaking and promoting my new book “The Enemies Within: Communists, Socialists and Progressives in the U.S. Congress.” I’ll be speaking in more than a dozen states this trip including Colorado, Virginia, South Carolina, Florida, Georgia, Texas, Oklahoma, Tennessee, New Jersey, Massachusetts, Wisconsin and Michigan. I hope to cover most other states in two trips in 2014. I’ll be speaking to around 60 groups in this time, plus doing many interviews for radio, TV and print.

Any extra money up front will enable big savings on airfares, hotel rooms, car rentals, etc. My tours are run very frugally and are mainly funded by book sales and your generous donations.

I’m coming to expose those who want to destroy America, but even more importantly, to encourage those working to save the last best hope of mankind.

Please check out my well received short essay How the Tea Party Can Save America and the World – a Plea from New Zealand.

You may help make this tour a great success by contributing through this button. Please support someone with a proven record of supporting America and the US Constitution – even though he is a proud New Zealander.

Thanking you in anticipation.