An appeal by respected Hindu human rights activist to his Muslims neighbors. 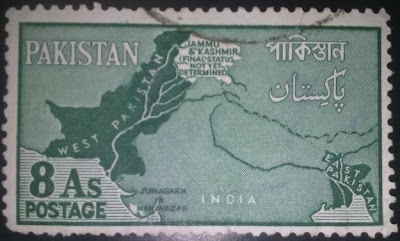 This Write-up was prepared by the IUFE with The Help of Rabindra Nath Dutta, who is a well-known Columnist, Author, Researcher, Social Worker and Human Rights Activist.

Even Sixty Five Years after attaining independence and under pressure of the developing circumstances, I feel a kind of inner urge to take up my pen to write this open letter to you all. I fervently hope that you will have the magnanimity to oblige me by giving your considered views on the points raised in my letter.

When the British under the pressure of adverse developments following the Second World War considered it no longer profitable and feasible to rule India and decided to leave this country, the Muslims living in India raised the demand to carve out a separate Islamic state for them. Consequent upon this demand unprecedented communal riots were organised. This orgy of Communal Violence resulted in the killing of at least 20 lakhs ( 2 million ) Indians. A minimum of seventy five thousand Hindu and Sikh girls, rescued from West Pakistan, became pregnant and abortions were performed in the Kapoor Hospital at Karollbag in New Delhi. As a result of free-for-all rape of Hindu and Sikh girls, 50 thousand children were born and who were secretly killed.

The reason cited in favour of creating Pakistan was : if Muslim live with the kaffirs and idol worshiping Hindus, Islam would be in danger. Under this pretext a horrible bloodbath was resorted to following which the country was truncated. Interestingly it was found thereafter that the total numbers of Muslim, who opted to reside in Pakistan, was equal to those Muslim who preferred to stay back in India. These Muslim who remained in India to accept uniform civil code and vociferously raised the demand to be allowed to follow “ Sharia ” laws. However, they found it convenient to enjoy the advantages of both the legal systems.

Therefore, 65 years after attaining independence I sincerely appeal to you either to accept Uniform civil code or should follow Sariati Islamic Penal Code in its totality. I possess a copy of the “ Darsay Quran Series-9”, a book on Islamic Penal Code. On the issues of Talaq , polygamy, denying women equal rights birth control etc. You raise the alibi of being bound by the directive of Koran Hadit. Interestingly, on the other issues you prefer to take the advantage of uniform civil code. Can this continue for an indefinite period?

So, I humbly request you either to accept Uniform Civil Code or follow Shariat laws in its totality. You must be knowing that in the state of Goa Uniform Civil Code is being followed? Do the Muslim find it inconvenient or facing any problem there?

In the district of Murshidabad West Bengal, Where 75% of the population are Muslim, the number of Moslem women abandoned by their husbands is more than three lacks ( Three Hundred Thousand ). Besides, the number of women who have been given Talaq are more than one lakh as reported by a leading daily in Kolkata on 20.12.2008. These three lakhs of women abandoned by their husbands, as mentioned above, instead of being served with Talaq have in fact been physically driven out of their husband’s home. Thereafter, these husbands have remarried with impunity. Why are you silent on this issue?

Lending Money by charging interest is a taboo in Islam. Yet, Muslim, Including Moulanas and Moulavis, are earning interest by investing money in the Bank and Post Office. So, These Muslim be declared ‘Murtad’ and be treated accordingly by applying the Islamic Penal Code against them. Similarly, if a Muslim is caught stealing his hands must be cut off and if dacoity is committed by a Moslem he must be beheaded with a sword openly in full view of all in the street ( Recently 8 Bangladeshi Muslim Caught in the act of dacoity were beheaded out in the open in Saudi Arabia )

According to Islam posing before the Camera or taking Photograph is a sacrilege. An angel ( Feresta ) does not enter a room where photograph is kept. This being so Muslim should not go in for an ‘I’- Card, Passport, Driving Licence and PAN Card, because for getting anyone of them a photo is a must. Also Muslims Should not act in Movies or in Theatres because it hurts the Islamic sentiments.

If a Muslim woman is raped she has to produce four male witnesses which she is to be buried waste deep in the earth and has to be stoned to death. All Moslem women must cover their hands and feet by wearing gloves and stockings and totally cover their body by wearing a veil. No Moslem woman can go to a male doctor for treatment. No. Moslem can take up a job under a Kaffir ( Non Believer of Islam ). Moslem are also prohibited from using telephone, mobile phone, Laptop, internet, hearing radio and watching TV because these are all against Islam. Recently the Taliban has clamped down this mandate (Fatwa) in Afghanistan.

1) The Other Side of Silence – Urvashi Butalia (feminist and historian)