By: Wim Grommen (with Lorimer Wilson)

Beware: The Dow 30’s Performance is Being Manipulated!

The Dow Jones Industrial Average (DJIA) Index – the oldest stock exchange in the U.S. and most influential in the world – consists of 30 companies and has an extremely interesting and distressing history regarding its beginnings, transformation and structural development which has all the trappings of what is commonly referred to as pyramid or Ponzi scheme.

The Dow Index was first published in 1896 when it consisted of just 12 constituents and was a simple price average index in which the sum total value of the shares of the 12 constituents were simply divided by 12. As such those shares with the highest prices had the greatest influence on the movements of the index as a whole. In 1916 the Dow 12 became the Dow 20 with four companies being removed from the original twelve and twelve new companies being added. In October, 1928 the Dow 20 became the Dow 30 but the calculation of the index was changed to be the sum of the value of the shares of the 30 constituents divided by what is known as the Dow Divisor.

While the inclusion of the Dow Divisor may have seemed totally straightforward it was – and still is – anything but! Why so? Because every time the number of, or specific constituent, companies change in the index any comparison of the new index value with the old index value is impossible to make with any validity whatsoever. It is like comparing the taste of a cocktail of fruits when the number of different fruits and their distinctive flavours – keep changing. Let me explain the aforementioned as it relates to the Dow.

On one hand, generally speaking, the companies that are removed from the index are in either the stabilization or degeneration transition phases of which there are five, namely:

1. the pre-development phase in which the present status does not visibly change.

2. the take-off phase in which the process of change starts because of changes to the system

3. the acceleration phase in which visible structural changes – social, cultural, economical, ecological, institutional – influence each other

4. the stabilization phase in which the speed of sociological change slows down and a new dynamic is achieved through learning.

5. the degeneration phase in which costs rise because of over-capacity leading to the producing company finally withdrawing from the market.

The Dow Index is a Pyramid Scheme

The False Appreciation of the Dow Explained

On October 1st, 1928, when the Dow was enlarged to 30 constituents, the calculation formula for the index was changed to take into account the fact that the shares of companies in the Index split on occasion. It was determined that, to allow the value of the Index to remain constant, the sum total of the share values of the 30 constituent companies would be divided by 16.67 ( called the Dow Divisor) as opposed to the previous 30.

On October 1st, 1928 the sum value of the shares of the 30 constituents of the Dow 30 was $3,984 which was then divided by 16.67 rather than 30 thereby generating an index value of 239 (3984 divided by 16.67) instead of 132.8 (3984 divided by 30) representing an increase of 80% overnight!! This action had the affect of putting dramatically more importance on the absolute dollar changes of those shares with the greatest price changes. But it didn’t stop there!

On September, 1929 the Dow divisor was adjusted yet again. This time it was reduced even further down to 10.47 as a way of better accounting for the change in the deletion and addition of constituents back in October, 1928 which, in effect, increased the October 1st, 1928 index value to 380.5 from the original 132.8 for a paper increase of 186.5%!!! From September, 1929 onwards (at least for a while) this “adjustment” had the affect – and I repeat myself – of putting even that much more importance on the absolute dollar changes of those shares with the greatest changes.

How the Dow Divisor Contributed to the Crash of ‘29

From the above analyses/explanation it is evident that the dramatic “adjustments” to the Dow Divisor (coupled with the addition/deletion of constituent companies according to which transition phase they were in) were major contributors to the dramatic increase in the Dow from 1920 until October 1929 and the following dramatic decrease in the Dow 30 from then until 1932 notwithstanding the economic conditions of the time as well.

Exponential Rise in the Dow 30 is Revealed

The crucial questions today are:

1. Is the current underlying economy strong enough to keep the Dow 30 at its present level?

2. Will the 30 constituents of the Dow remain robust or evolve into the stabilization and degeneration phases?

3. Will there be enough new companies to act as new “up-lifters” of the Dow?

4. When will the Dow Divisor change – yet again??

The Dow 30 is the Greatest of All Ponzi Schemes

I call on the financial community to take a critical look at the Dow Divisor. If it is retained investors will continue to be deceived with every new transition from one phase to another and the greatest of all Ponzi schemes will have major financial consequences for every investor.

A version of this article, entitled “Beurskrach 1929, mysterie ontrafeld?”, was first published in Dutch in the January 2010 issue of “Technische en Kwantitatieve Analyse” magazine which is a monthly publication of Beleggers Belangen (Investment Interests) in the Netherlands and on several sites there including: Beurskrach 1929 mysterie ontrafeld? op Historiek.net

Wim Grommen is a guest contributor to http://www.FinancialArticleSummariesToday.com, “A site/sight for sore eyes and inquisitive minds”, and www.munKNEE.com, “It’s all about MONEY” of which Lorimer Wilson is editor.

The following news story is very interesting, not the least because it reveals something about our Muslim leader Barack Hussein Obama, but because the source of the story does not originate from any group of domestic, anti-Obama, Islamophobes. It comes directly from Tahani al-Gebali, Vice President of the Supreme Constitutional Court in Egypt. It was reposted on Jihad Watch. The story was written by Raymond Ibrahim. Wikipedia has his bio here. Raymond Ibrahim is an American research librarian, translator, author and columnist. His focus is Arabic history and language, and current events. He is the author of two books, Crucified Again: Exposing Islam’s New War on Christians (Regnery, 2013) and The Al Qaeda Reader (Doubleday, 2007). Ibrahim was previously an Arab language specialist for the Near East section of the Library of Congress, and the associate director of the Middle East Forum. He is currently a Shillman Fellow at the David Horowitz Freedom Center.

Speaking yesterday on Bitna al-Kibir, a live TV show, Tahani al-Gebali, Vice President of the Supreme Constitutional Court in Egypt, said the time was nearing when all the conspiracies against Egypt would be exposed—conspiracies explaining why the Obama administration is so vehemently supportive of the Muslim Brotherhood, whose terrorism has, among other atrocities, caused the destruction of some 80 Christian churches in less than one week.

Al-Gebali referred to “documents and proofs” which Egypt’s intelligence agencies possess and how “the time for them to come out into the open has come.” In the course of her discussion on how these documents record massive financial exchanges between international bodies and the Muslim Brotherhood, she said: “Obama’s brother is one of the architects of investment for the international organization of the Muslim Brotherhood.” 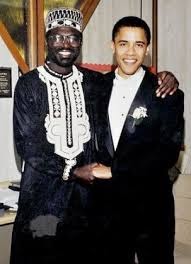 Here the confused host stopped her, asking her to repeat what she just said, which she did, with complete confidence, adding “If the matter requires it, then we must inform our people”—apparently a reference to Obama’s support for the Brotherhood against the state of Egypt, which is causing the latter to call all bets off, that is, causing Egyptian officials to spill the beans as to the true nature of the relationship between the U.S., the Brotherhood, and Egypt.

She did not mention which of the U.S president’s brother’s she was referring to, but earlier it was revealed that Obama’s brother, Malik Obama, was running an African nonprofit closely linked to the Brotherhood as well as the genocidal terrorist of Sudan, Omar al-Bashir.

See also this story on WND.com:

NEW YORK – President Obama’s half-brother in Kenya could cause the White House more headaches over new evidence linking him to the Muslim Brotherhood in Egypt and establishing that controversial IRS supervisor Lois Lerner signed his tax-exempt approval letter.

In a news report on Egyptian television of a Gebali speech, translated by researcher Walid Shoebat, a former Palestinian Liberation Organization operative, Gebali said she would like “to inform the American people that their president’s brother Obama is one of the architects of the major investments of the Muslim Brotherhood.” 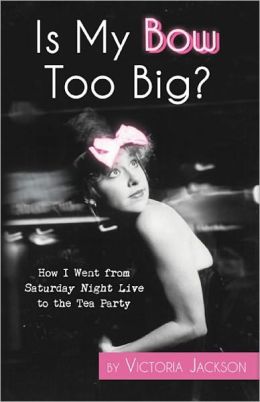 Get your copy at Amazon.com

What a wonderful, wonderful book. When i was a child, i belonged to a monthly book club, reading Nancy Drew, and other books suitable for a young girl. i couldn’t put them down, and would feel genuine sadness when the final chapter came to a close.

That’s the same feeling i had reading “Is my bow too big?”

Victoria has shared her life story in a way that lifts us, reminds us what’s at stake and most of all, that we walk each day only by His grace and mercy, I recommend that you read it — whether you are a believer or not. This Is Victoria’s “mission field”, no doubt about it. And she brings you to it with candor and humor. Thanks for sharing yourself with us, Victoria. You are salt and light, of which He must be very pleased.

Trevor Loudon discusses his new book, “The Enemies Within: Communists, Socialists and Progressives in the U.S. Congress,” to the Aiken, SC Tea Party

Acclaimed author, Trevor Loudon will present his newly published book, “The Enemies Within: Communists, Socialists and Progressives in the U.S. Congress,” to the Aiken SC Tea Party and its guests on Wednesday, August 28th. The event begins at 6:30 pm at Newberry Hall in Aiken. Published by Pacific Freedom Foundation, the book will be available for purchase at the event or here online.

As WND’s Jerome Corsi writes, “…Loudon has proved himself to be among the foremost experts in the world investigating and reporting the penetration of communists, socialists and the current group of “progressives” affiliated with Democratic Party politics who portray themselves as liberals.”

Trevor will explain how the real enemies of America now sit in positions of power, supposedly representing you within our own Congress! Trevor names names — with impeccably-researched sources.

Trevor presents “The Enemies Within: Communists, Socialists and Progressives in the U.S. Congress,” to the Columbia SC Tea Party and its guests. Just published by Pacific Freedom Foundation, the book will be available for purchase at the event or here online.

As WND’s Jerome Corsi writes, “…Loudon has proved himself to be among the foremost experts in the world investigating and reporting the penetration of communists, socialists and the current group of “progressives” affiliated with Democratic Party politics who portray themselves as liberals.”

Learn how the real enemies of America now sit in positions of power, supposedly representing you within our own Congress! Trevor names names — with impeccably-researched sources.

The time and venue details are still being finalized, but we’ll be updating here or check with the Columbia Tea Party at its website: www.columbiateaparty.org