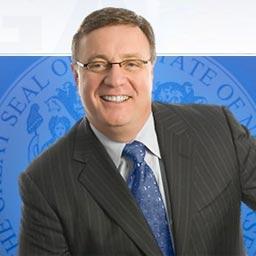 There were school buses parked for as far as my childhood eyes could see. Dad and I were amongst a sea of mostly black faces. The stage seemed a mile away from us. Black movie star Lena Horn took to the microphone. Her speech of heartily yelling one word drove the crowd wild with delight and applause. “FRREEEDDDOOOOMMMM!!!”

While Dr Martin Luther King, Jr’s speech made history, I was extremely impressed that Ms. Horn could simply utter one word and exit the stage leaving the crowd electrified.

We wore commemorative buttons that day. Dad said I told him, “I’m not taking off this button until we get our freedom.”

Another thing that resonated in my young impressionable brain was MLK saying something about dreaming of a day when little black boys and girls and little white boys and girls would walk together in love. No, those were not MLK’s exact words, but that’s the message I took home. It felt good, honorable and right.

Black civil rights movement pioneers such as Jesse Jackson were entrusted with building upon MLK’s well-intentioned legacy. Tragically, Jackson along with a majority have been seduced to the dark side (Liberalism).

MLK did not sacrifice his life for black empowerment to be reduced to a pawn in a political chess game; used as a weapon to bludgeon white conservatives into submitting to an anti-Christian and anti-America agenda. And yet, that is exactly what has been happening particularly since Obama took up residence in the White House.

Betrayed by it’s generals, MLK’s once great Civil Rights movement has abandoned it’s mission of black empowerment. It has morphed into the Race Industry. Its sole purpose is to exploit race for political and financial gain. The Race Industry and white liberals are a tag-team committed to declaring any and all opposition to anything Obama wants to do as racism against America’s first black president.

So for the first time in US history, Americans are not permitted to criticize, impugn or disagree with their president. Challengers to this rule are dealt with swiftly and severely; humiliated and destroyed in the mainstream media.

Professional race exploiters such as Sharpton, Jackson, NAACP and CBC are unchallenged by the mainstream media no matter how outrageous and over-the-top their accusations. For example: Jesse Jackson called Florida an apartheid state because of the not guilty verdict in the Zimmerman trial. How absurd. And yet, not one person in the mainstream media has said, Jesse, you’re nuts! http://www.youtube.com/watch?v=pb6huGU8QpM

Is Jesse Jackson and the Race Industry representative of MLK’s dream; black and white kids walking together in brotherly love? Absolutely not. Jesse and his ilk only seek power and thirty pieces of silver in exchange for black votes to liberal politicians, while ignoring the best interest of black America.

MLK was a Christian and a Republican, both are anathemas to the contemporary Civil Rights movement (race industry) which has sold its soul to the dark side; embracing no restrictions on abortion, same-sex marriage, government redistribution of wealth and government controlling every aspect of our lives. This is not rhetoric. It is documented truth. http://bit.ly/AwzwIo

Riding on the coattails of Obama’s black skin, liberal black politicians are using America’s new hyper sensitivity to all things racial to get their way. Want to silence political opposition? Call it racist. White conservatives typically run for the tall grass, cowering in fear.

This is why I find Steve Lonegan’s response to attempts to play the Race Card against him extraordinary and refreshing. Lonegan’s opponent is a black liberal Obama sycophant. Keep in mind that Lonegan is legally blind. Thus, his response was brilliant and gutsy. “I have a handicap, you know. I am a white guy running in the state of New Jersey.”

Wow! Folks, I wanted to give Lonegan a man hug. Finally, a white conservative who refuses to be pushed back on his heels, falling for the same old Democrat tactic. Lonegan spoke the truth which our side is not permitted to do in our politically correct America. Liberals are furious at Lonegan. This uppity white boy had better remember his place.

Staying on offense like Lonegan is the only way we are going to save our country folks. Liberals are never going to back off from accusing conservatives of racism because it works; their most effective weapon.

Thus, the only thing we conservatives can do is change our reaction to their vacant evil lies. We need more courageous conservatives like Steve Lonegan who will not be intimidated or side tracked; willing to stand up and fight for principles and values that most Americans hold dear.

We also need you to rally around guys like Lonegan; patriots willing to say, “Hang in there brother, we got your back!” http://bit.ly/16mXgOo

One thought on “Finally, Conservative Doesn’t Cave When Called Racist”