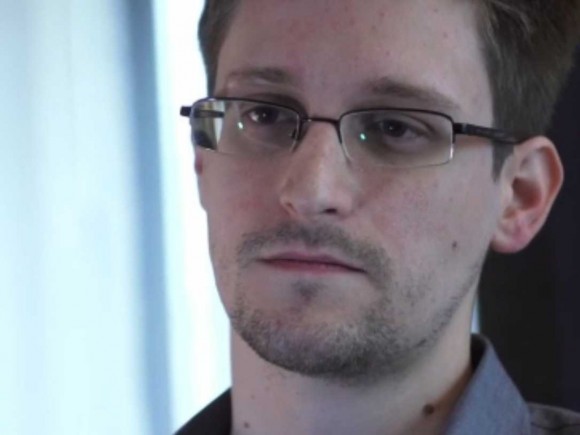 The media have been given important new information in the case of NSA leaker Edward Snowden and don’t seem to know what to do with it. Snowden has been “outed” by the Russians as their agent.

The Washington Post reports that “Before American fugitive Edward Snowden arrived in Moscow in June—an arrival that Russian officials have said caught them by surprise—he spent several days living at the Russian Consulate in Hong Kong, a Moscow newspaper reported Monday.”

In other words, the Russians were in on the deception all along. It was an example of what the old Soviet KGB called “disinformation.” The Russians wanted people to believe that Snowden was a whistleblower desperately searching for a place to go.

Remember that Russian President Vladimir Putin, a former KGB officer, had even said that if Snowden wanted to stay in Russia, he would have to “stop his activities aimed at inflicting damage to our American partners…” Putin said this sounded “strange” coming from “my lips,” as if he really was concerned about protecting America’s interests.

It was one lie on top of another.

“Until now, Russian officials have said that Snowden’s arrival in Moscow was a surprise, and not entirely welcome,” the Post said. Putin said, “It is true that Mr. Snowden arrived in Moscow, which was completely unexpected for us.”

It was not “unexpected,” since Snowden had been living at the Russian consulate. Snowden sought Russian help and the Russians gave it to him. He became a defector, a Russian agent.

Putin was deceiving the West until they could get their hands on Snowden in Moscow.

These revelations are further evidence of how the Russians play the American media—and some Americans—like violins. It is the subject of the new book, Disinformation: Former Spy Chief Reveals Secret Strategies for Undermining Freedom, Attacking Religion, and Promoting Terrorism.

The Russian paper’s report is confirmation of the fact that Putin lied through his teeth about Snowden’s relationship with Russia and is now boasting about carrying out this monumental deception.

Some liberals are waking up. Progressive analyst Spandan Chakrabarti writes, “Curious choice, don’t you think, for the paragon of government transparency to show up and seek help from one of the most secretive, pro-spying, anti-free speech and anti-free press governments on earth?”

The blogger went on, “Given Snowden’s contact with the Russians well before he arrived at Moscow, to what extent is the pretend-whistleblower a cover for someone who perhaps was actually interested in selling American intelligence to Russia? This is an even more pertinent question, since RT—the Kremlin-funded ‘news’ agency—has been particularly supportive of Snowden. When the global propaganda arm of the Russian government takes up your cause, it means that you’re valuable to Russia, and the only question is how that ‘value’ is subject to being ‘cashed in.’”

Referring to the colors of the Russian flag, he concluded, “I guess Snowden is red, white, and blue after all, just of some different stripes.”

The article in the Russian paper Kommersant “implies that Snowden’s decision to seek Russian help came after he was joined in Hong Kong by Sarah Harrison, a WikiLeaks staff member who became his adviser and later flew to Moscow with him,” the Post said. “Harrison, the article suggests, had a role in making the plans.”

This is also important information. Like her boss and boyfriend, Julian Assange, it is now clear that Harrison is working on behalf of Moscow’s interests in this case. Trevor Loudon’s report, “Julian Assange: Whistleblower or Spy for Moscow?,” previously examined Assange’s support for and from America’s enemies.

Fred Weir of the Christian Science Monitor, who has deep Moscow connections, quotes Viktor Baranets, a columnist on security issues for the Moscow daily Komsomolskaya Pravda, as saying, “…I never thought Snowden’s trip was a complete surprise for Russia. I believe our special services were watching him from the beginning. If Russian leaders say they know nothing, well, what would American leaders say if some Russian intelligence officer turned up in a U.S. airport with secrets?”

In other words, Putin lied.

The revelations are extremely embarrassing, not only for those in the media who bought the line that Snowden was a whistleblower with no allegiance to Moscow, but for Kentucky Republican Senator Rand Paul. He compared the NSA leaker to Henry David Thoreau and Martin Luther King, Jr. during an appearance on Fox News’ Sean Hannity show.

Paul said about Snowden, “On deciding when you decide to become a civil disobedient—we’ve had famous ones in our career, but some of them only had to serve, like [Henry David] Thoreau only had to serve one day in jail, Martin Luther King served 30 days in jail.”

At the time, Rep. Peter King responded, “When you have Rand Paul actually comparing Snowden to Martin Luther King or Henry David Thoreau, this is madness, this is the anti-war Democrats in the 1960s that destroyed their party for almost 15 years, I don’t want that happening to our party.”

The far-left Huffington Post described Senator Paul as “one of the few public officials sympathetic toward Edward Snowden…” Paul said, “I do think, for Mr. Snowden, if he cozies up to the Russian government, it will be nothing but bad for his name in history.”

By that point, according to the new information, Snowden had already been staying in the Russian consulate in Hong Kong and was boarding a plane going to Moscow.

Aaron Goldstein of The American Spectator had said at the time, “If Paul took off his rose colored glasses he might see that Snowden is neither Thoreau nor King, but rather more closely resembles Alger Hiss.”

Snowden’s Moscow lawyer, Anatoly Kucherena, has been described as “linked” to the Federal Security Service (FSB) the successor to the Soviet KGB, or as “Kremlin-connected.” Moscow-funded Russia Today television simply calls him “one of the top Russian lawyers.”

The AFP wire service describes him as a Putin supporter who also sits on the “public council” of the FSB. “Apparently, the main task of the Public Council is to improve the image of the FSB,” says a Russian watchdog group.

Edward Snowden is not in “good hands,” as the Allstate commercial says. The former Ron Paul supporter has defected to the other side.

The Los Angeles Times ran a cartoon showing Snowden sitting at a microphone in front of two KGB-type thugs saying, “And I want to thank the Russian Federation for protecting my right to free speech.” The story next to the cartoon was headlined, “Edward Snowden should remember Putin is no free-speech champion.”

Now that Snowden’s close collaboration with the Russians is a matter of public record, it’s time for the media to examine the real nature of Julian Assange and his WikiLeaks organization.

“Activists in the WikiLeaks movement who pretty much see the United States as the world’s biggest bad guy and believe governments have no right to secrecy are applauding the Russians” in the Snowden case, the story went on to say.

Translation: Don’t look for WikiLeaks to ever disclose any Russian state secrets, such as murdering dissidents at home and abroad and financing Arab and Islamic terrorism.

The forthcoming movie about Julian Assange and WikiLeaks, “The Fifth Estate,” is described as “A dramatic thriller based on real events” which “reveals the quest to expose the deceptions and corruptions of power that turned an Internet upstart into the 21st century’s most fiercely debated organization.”

The debate is over: WikiLeaks and its client Edward Snowden are in Moscow’s pocket. Let there be no doubt.