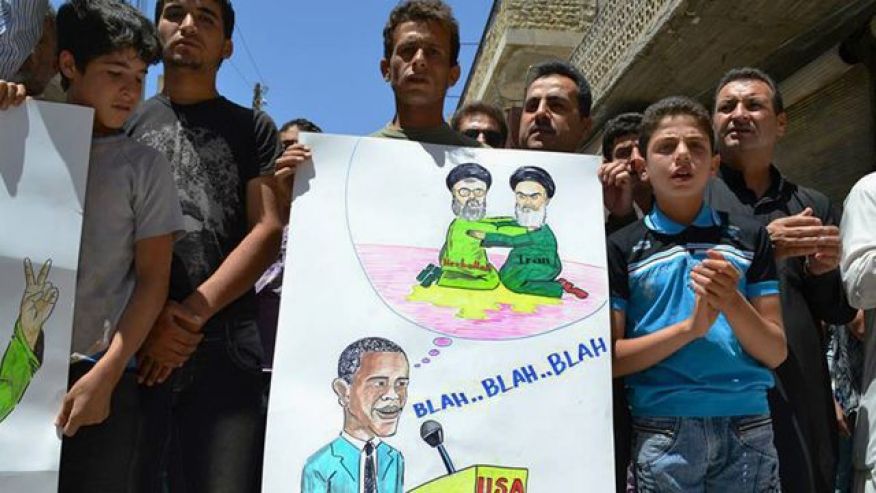 Once again, the Council has spoken, the votes have been cast and we have the results for this week’s Watcher’s Council match-up.

“Look before you leap” – Aesop

“Pride goes before destruction, and a haughty spirit before a fall.” – Proverbs 16:18

This week’s winner, Joshuapundit’s Syria-Ossity, is my look at the current war drums on Syria, why I think the rationale being used to drag us in is highly questionable, why it’s a stunningly bad idea and why it’s certainly not a a place to risk American blood and treasure merely to provide our current president with a ‘wag the dog’ opportunity. Here’s a slice:

The war drums are beating again on Syria. British Prime Minister David Cameron is mouthing off about being ready to commit the downsized, miniscule Royal Navy and what’s left of the RAF to an effort to punish Syria’s Basher Assad, France’s Socialist President Hollande is making aggressive noises and our own John Kerry says that as far as he’s concerned, he’s one hundred per cent cross-my-heart-and-hope-to-die certain that the recent poison gas attacks at Ghouta, a suburb of Damascus that killed a couple of hundred people are the work of Syrian dictator Basher Assad and ‘a moral obscenity’ that of course demands a military response – even though there’s no actual proof who launched the attack.

It was not so long ago that Kerry, who used to be on the Senate Foreign Relations committee was one of Assad’s chief backers and shills. He was always saying how we needed to ‘engage’ with Assad, give him aid, and show him how friendly we were by pressuring Israel to give him back the Golan Heights, the better to kill Jews with.

During the entire time when Senator Kerry was pimping for Basher Assad, Assad was a sponsor of genocidal terrorists like Hezbollah and Hamas. He gave the orders for the assassinations of numerous Lebanese politicians including Prime Minister Rafik Hariri, not to mention a lot of journalists, business people and others who simply got in the way in Lebanon, Syria and occasionally in Europe. Assad’s regime deliberately impeded UN investigative tribunals convened to investigate some of these crimes. Not only that,but after the 2006 Lebanon War, Syria, along with its ally Iran cheerfully violated UN Resolution 1701 to rearm Hezbollah and then turned Lebanon into a colony.

None of these particular ‘moral obscenities’ mattered one whit to Kerry back then. And they certainly never bothered France or the Brits.
That fact ought to raise certain suspicions in your mind when it comes to the current push to ‘punish’ Syria.

Actually, the more I find out about this gas attack, the more something smells.

On Aug. 21, the Syrian opposition announced that there had been a massive chemical attack in Ghouta which allegedly inflicted about 1,300 fatalities including hundreds of children. As in previous chemical attacks blamed on the Assad administration, the attackers claimed the attacks used Sarin nerve gas, and they flooded YouTube with videos, especially ones featuring children.But there was no conclusive evidence about the attack or the perpetrators.

Then, there were those conflicting claims at first from the insurgents about how the gas attack had been delivered. First, the gas was supposedly delivered via missiles. When EU politicians and our own local critters like John McCain started yapping about enforcing a no fly zone, all of a sudden the rebels started claiming the gas come via an aerial bombardment – except there was no evidence of shrapnel wounds that normally come with both artillery or airborne attacks of this kind. It’s also worth remembering that when news of the attacks first went public, the UN delegation and foreign diplomats were denied access to the attack site for a few days by the Syrian opposition because it ‘wasn’t safe’ for them.

We also don’t know who fired shots at the UN delegation when they were finally allowed to enter the attack site by the Assad regime. It could very well have been Assad’s men…but it could also just as easily been the insurgents.

And according to one of my Lil’ Birdies, there’s something else interesting about this attack. Ghouta was the site of a failed attack by the jihadist Syrian Free Army, who along with the other insurgents have steadily been losing ground to Assad’s forces. This was a failed attempt to secure the area south of Damascus for the presumptive no fly zone the Obama Administration has been trying to arrange.

That attack resulted in a number of former opposition leaders publicly switching sides to Assad and even going public on Syrian TV about it. While I haven’t seen the TV clips, it makes sense that after a failed attack, some of the local players would go public in switching sides to the Assad regime as it becomes seen as the strong horse.

If that’s the case, it makes no sense that Assad would gas people who just came out backing him, especially with UN inspectors already in the country.On the other hand, if the rebels had captured some of Assad’s gas weapons and decided to punish defectors in a way that would also give them a propaganda coup….and apparently the rebels do have Sarin gas themselves:

In our non-Council category, the winner was Mark Steyn with Obamacare’s Hierarchy of Privilege submitted by The Noisy Room. It’s Steyn’s masterful dissection of what ObamaCare has become and what it promises for the future. Do read it.

Okay, without further ado, here are this week’s full results:

See you next week! Don’t forget to tune in on Monday AM for this week’s Watcher’s Forum as the Council and their invited special guests take apart one of the provocative issues of the day with short takes and weigh in… don’t you dare miss it. And don’t forget to like us on Facebook and follow us on Twitter… ’cause we’re cool like that!