The other day I had an interesting conversation with a few individuals, some of whom I knew, while others who joined in were perfect strangers. Comments originally were the result of an article exposing the dangers of radioactive materials being discharged into the Pacific Ocean from the Fukushima Nuclear Plant disaster that occurred on March 11, 2011. From that original comment thread sprang other tangents of conversation which rambled into societal issues far from the ecological disaster in Japan when their nuclear reactors were damaged by a tsunami.

I pointed out that environmentalist were more concerned with Anthropomorphic (man made) global warming and CO2 emissions than the greater threat to mankind caused by the entire Pacific Ocean being contaminated with nuclear material. Perhaps my calling environmentalists ‘whack jobs’ for having bought hook, line and sinker into the man made global warming hoax set off a chain of comments.

“It’s easier to fool people than to convince them that they have been fooled”, attributed to Mark Twain.

This appears to be a truism of the first order, at least as far as man made global warming and the environmental movement is concerned. Billions, if not trillions of dollars have been put into play, supposedly to save the planet from man made global warming. The problem is, and please don’t get too upset; I’m only the messenger, mankind’s role in global warming or cooling is minimal at best. The factors involved in Earth’s cyclic climate changes are far more involved.

Computer generated modules, contaminated data or out right fabrications and falsehoods presented as if they were facts have been foisted on the public in order to support a ‘consensus of scientists’ and world leaders driving home an agenda which for the most part appears to be politically motivated rather than scientifically justified.

Anthropomorphic, the word alone makes intellectually minded elitists get goose bumps just hearing themselves say it. Anthropomorphic; oh, I’m so much smarter than the average lunch box carrying dolts who punch a time card in the slot.

The fact remains, Earth hasn’t shown any sign of warming for well over the past decade while CO2 measurement data would indicate, at least according to the junk science of environmentalists, that our species and most living organisms should have been roasted by now. Any major alterations in Earth’s climate cycles would appear to spring from other sources; like the sun, El Nino ocean currents, cosmic activity from the far reaches of the universe bouncing off clouds, volcanic surface activity as well as under sea volcanic activity along with other issues which we are just now being able to figure out and which play major roles in global climate trends.

Short of total all out nuclear war it would seem almost insignificant what mankind does in affecting long term climate change. The Earth has incredible healing properties which negate nearly all short term screw ups by mankind.

I’ve gone a long way around to get to the next issue; my apologies for rambling.

If you think about it, wouldn’t we all like to live in our own Shangri-La, a perfect community where everyone gets along, everyone is equal, no need for police or courts to settle disputes because peace and tranquility are in abundance? Okay, back to reality; but that was a nice distraction. 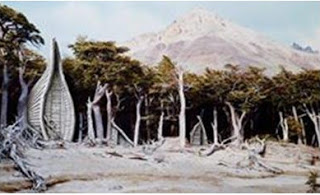 A link had been provided showing the work of Alex Hartley who creates habitats in inhospitable landscapes. Upon looking up Alex Hartley as a Google search I ran across a new country created for folks looking for Shangri-La, the perfect commune if you will, Nowhereisland.

“Nowhereisland is a Situations project led by artist Alex Hartley, one of 12 Artist Taking the Lead projects for the London 2012 Cultural Olympiad funded by Arts Council England. We also gratefully acknowledge the support of the University of the West of England, Bristol; Bloomberg; Nicky Wilson Jupiter Artland; the Norwegian Ministry of Foreign Affairs; the Royal Norwegian Embassy and Yellowbrick Tracking.”

These folks put together a constitution for self governance which they say isn’t ‘set in stone’; rather, it’s always a digital work in progress. It took a while; but I went over some of this free form set of rules and found it to be utterly chaotic and far from settling, full of contradictions and generalities which could be interpreted to mean anything to anyone.

There was one entry, “We will strive for peace. If war should arise, only those who vote for it will fight – including politicians” followed later by another, “War is not an option.” Then there is the focus on the value of life, “Death penalty violates the right to life and therefore is forbidden” with another constitutionally ambiguous issue, “The right to abortion”; nothing more stated, just “The right to abortion”. There were noble thoughts, “All people are of equal, inestimable worth, and are to be treated as such”; but I guess unborn children don’t qualify.

The Nowhereisland community, for lack of a better term, has no rule of law and eventually must fail because individuals depend on certain rules being written in stone, rules which don’t change with the winds or as the tides come and go.

I’ll return to the statement, “I always thought it’d be fun to live on a commune”, as it hints toward yet another sinister process, communism; a government which imposes its will on everyone and where individual’s have no inherent rights, only entitlements which are rewarded by the state and just as easily revoked.

Here in the United States of America we have a Constitution along with an enumerated Bill of Rights which, while not set in stone, provides a platform from which individuals might more easily recognize inherent rights or natural rights from entitlements.

Individual rights are defined in order to insure they are protected from infringement by local, state or federal entities because they are recognized to have been in existence prior to the formation of the governing body, a government body created to protect these rights. There is a marked difference between natural or inherent God given rights from entitlements which are either granted to or revoked by that government which they have formed.

This led into yet another discussion which cropped up in the comment thread, one having to do with whether or not it was important to be a religious person. When the tangent started going down this path I had to wonder, what purpose does it serve to ask if a person involved in supplying facts about environmental issues or world wide redistribution of wealth was attached to any particular religion or religion in a general sort of way. Apparently some folks consider this paramount to assessing the value of facts which run contrary to their own beliefs. 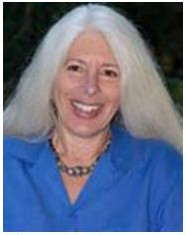 I had left a link to Rosa Koire’s work on Agenda21, actually a Google search with multiple options for further investigation, which indicated the United Nations Agenda 21 was part of the world wide scheme to redistribute wealth. I figured since this new comer to the comment section had disregarded the conservative sources used to verify my facts that instead I’d point him towards someone from his own progressive leaning community; let’s just say the link was ignored.

I’ve come to the conclusion that some folks would prefer to be uninformed or misinformed rather than admit they’d been fooled. Either way Mark Twain’s wisdom has lasted beyond his mortality.

Our Constitution with its enumerated Bill of Rights points the way to individual liberty and, if followed, provides ample protection for individual rights, even from a majority because these rights are not granted by government, they are and always have been the right of individuals long before the idea of government or self governance came to be.

Having set these issues to paper, not necessarily writing them in stone; but setting them apart as important foundations of society, a rule of law if you will; makes them important to the survival of society. In our constitutional republic rights cannot be voted away from an individual, not even by a majority of his fellow citizens because the rights of which I speak existed prior to the formation of the government, a government which uses votes to advance other ideas.

Am I a religious man, Yes; I gladly admit that my faith in God has permitted me to understand the importance of eternal truths which are the foundation of our country. I’m blessed with the knowledge that my Father in Heaven choose men of great intellect and character to bring about the founding of our country. These men used their powers of thought and were guided by the Spirit when they wrote our founding documents.

When I hear folks claim they wish to live in a commune a place where peace and self fulfillment can be achieved by anyone and everyone but without the rule of law or folks deride others simply because they hold sacred issues as important, I hear the folly of such ineptitude. There can be no liberty where chaos reigns in place of the rule of law.