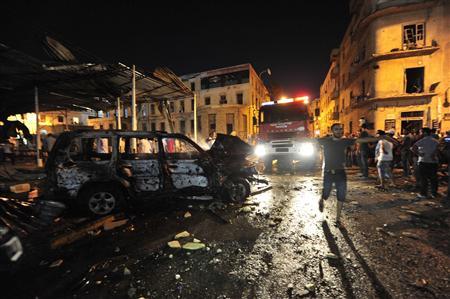 This might look pretty good compared to what Syria could look like after the United States, NATO, Al Qaeda and the Assad regime start mixing it up, in the wake of the White House’s proposed strikes.

There is an expression in the financial world, in the form of a required disclaimer in advertisements for securities, such as in Mutual fund prospectus. “Past results are no indicator of future performance”. There is a fair degree of common sense in that, when applied to the science or discipline of economics as it relates to investments – but not in the world of foreign policy. If the word ‘guarantee’ were changed to the word ‘indicator’, one could draw equivalencies in both areas of forecasting outcomes. Case in point, American military intervention and CIA operations in Middle East hot spots like Libya and Syria.

Coming up in Congress is the Obama White House attempting to sell Congress on the investment potential of launching an attack of retribution against Syria, for the unproven allegation of unleashing nerve agents, reportedly Sarin gas, against civilians in the civil war there. Taking the disclaimer for security investments as a measuring stick, I thought it would be instructive to look at one of our previous interventions and how that ‘investment’ turned out.

What kinds of returns are we getting in Libya? The first notable dividend, was that AlQueda affiliated terror groups attacked our security compound in Benghazi. You know that story quite well, so I need not cover that ground again, here.

Suffice to say, if that was the only negative of our having intervened there, it alone would render our actions a failure. Remember also, that we’ve seen evidence that Obama (via the CIA) was using an annex in the Consulate in Benghazi to supply missiles from Libyan armories to Syrian rebels. Don’t worry that this is just a rumor or a conspiracy theory that has been rebuffed by some media fact checker. This was reported on that notorious Right Wing political network CNN. They also reported that the CIA has had 35 operatives in Benghazi, furiously trying to cover up the story. Among the means of attempting to keep a lid on the evidence, they have been harassing the operatives constantly and administering Polygraphs to make sure they haven’t revealed any details to the media. No wonder John McCain is making such an effort to change the story on the Syrian situation to focus on al-Assad, rather than the AlQueda insurgents.

How about Libya’s government? Did we impose ‘Democracy’ (whatever that actually means to the puppetmasters that hand Obama his foreign policy assignments) in Libya? No – not even close. The Libyan government is now controlled by … you guessed it, the Muslim Brotherhood! What a shock? In all material respects, the same set of conditions exist and persist in Libya that exist now in Syria.

What about civil order in the country? Everybody is happy and peaceful and getting back to building rather than destroying, right? Wrong. The U.K. Independent reports:

As world attention focused on the coup in Egypt and the poison gas attack in Syria over the past two months, Libya has plunged unnoticed into its worst political and economic crisis since the defeat of Gaddafi two years ago. Government authority is disintegrating in all parts of the country putting in doubt claims by American, British and French politicians that Nato’s military action in Libya in 2011 was an outstanding example of a successful foreign military intervention which should be repeated in Syria.

O.K. Well, certainly the economic situation is improving in Libya. Don’t you believe it – in fact it’s just the opposite. Before the NATO intervention, Libya was exporting 1.4 Million barrels of high-quality crude oil per day. The oil trade was the lifeblood of its economy – 80 percent of its GNP and up to 97 percent of its exports. Now, because of a large scale mutiny among the security forces that were previously protecting the drilling sites, refineries and pipelines – production has plummeted to less than 100,000 barrels per day – not even a tenth of normal production. The mutineers are sabotaging production because of complaints of inadequate pay and are attempting to sell the oil under their control on the black market. This has affected our economy and your pocketbook. Oil reserves in Libya are the largest in Africa and the fifth largest in the world with 76.4 billion barrels. Now 90 percent of that capacity has been taken off the market. Since OPEC still strongly influences the price of oil on the world market – its members have profited, our global oil companies have profited and you have been paying more. That’s how it always works, doesn’t it? 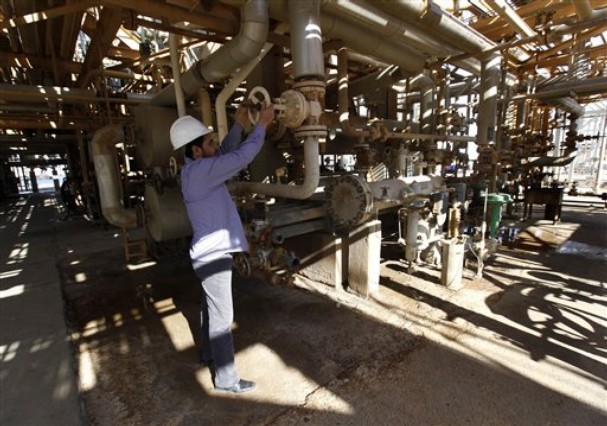 Oil production has come back somewhat in the last few weeks, but is nowhere near the levels pre-NATO intervention.

What about Social order in Libya? That should have improved, we were told, consequent to the removal of a dictator. Not so much? Not at all. Again, the Independent details the disintegration since the NATO incursion and regime change:

Libyans are increasingly at the mercy of militias which act outside the law. Popular protests against militiamen have been met with gunfire; 31 demonstrators were shot dead and many others wounded as they protested outside the barracks of “the Libyan Shield Brigade” in the eastern capital Benghazi in June.

Though the Nato intervention against Gaddafi was justified as a humanitarian response to the threat that Gaddafi’s tanks would slaughter dissidents in Benghazi, the international community has ignored the escalating violence. The foreign media, which once filled the hotels of Benghazi and Tripoli, have likewise paid little attention to the near collapse of the central government.

There is widespread tribal warfare, clashes between opposing militia groups and the new government is suspending civil rights for those suspected of loyalty to the former leader, Muammar Gaddafi. So besides the Benghazi betrayal, where Ambassador Stevens and 3 other Americans working in security roles were killed, while Obama, Clinton and Panetta sat on their hands and Valerie Jarrett issued orders to stand down on any readily available rescue efforts – nothing else has yielded the results we were promised by this administration. Only fools would have believed the promises.

Perhaps if Libya was the only example of things going to hell in a hand-basket after NATO, the CIA and the Obama White House’s interference has had its chance to work its magic – one might be tempted to write it off as an anomaly. But simultaneous with Libya, Iraq has undergone a shocking reversal and is now wracked with conflicts between Sunnis and Shiites and the government – with civilians caught in the middle. To add to the liabilities on the Bush / Obama balance sheet, are the reversion to chaos and disarray in Afghanistan, where a leader we put in place – President Hamid Karzai, is decried by Afghanistan citizens as totally corrupt.

Let’s not forget Egypt – and we really can’t because it won’t let us. The Army had to remove a tyrant, who was repressing the other 80 percent of the population, because our diplomatic efforts during the revolution were so ‘successful’. Now, the deposed elements are pursuing a campaign of terror and retribution against Coptic Christians and other perceived enemies.

But now, Obama, Kerry, Pelosi, McCain, Graham, Boehner and Eric Cantor, to name a few, are asking us to trust them again – this time, with Syria. They know what they are doing and they’ll straighten things out in Syria. Actually they can’t promise any such thing. The proposed attack on Syria is based on wishful thinking, false intelligence reports to Congress and crossing your fingers for good luck. That’s the cover story for the best case scenario.

What is the real aim? The real aim and desired outcome is for Obama to get our troops in a protracted conflict that is quite likely to not only escalate, but bring other nations and terrorists into the fray. For what purpose, you might ask? Mainly to protect the cancerous growth of the federal government, to benefit the balance sheet of the Federal Reserve and its member banks, and to reward the Military Industrial Complex for its generous support to both political wings, GOP and Democrat, of the largest, organized crime syndicate in the world – the United States Congress. If you think that’s a bit of an exaggeration, count up how many of them have violated their solemn pledge to uphold the Constitution and in so doing are promoting corruption and flouting the highest law in the land.

Oh, and I should mention that the Saudis are bringing considerable influence to bear internationally, to push a NATO or U.S. attack on Syria as well. CNN reveals:

“It is an open secret that Saudi Arabia is using Jordan to smuggle weapons into Syria for the rebels. Jordan says it is doing all it can to prevent that and does not want to inflame the situation in Syria.”

Why is Saudi Arabia pushing this? Because behind all the talk of friendship and alliance with the United States and the West, the Saudi government and their associates within the center of Wahhabist Islam, hate all non-Sunnis and feel obligated to employ Taqiyya (deception), in order to lure us into conflicts where we and Sunni Islam’s enemies will be killed. I want you to reflect on this quote from John Kerry’s first meeting with Congress, in which he informs them that the Arab countries (Saudi Arabia and Qatar) have offered to pay the entire cost of of a full scale U.S. invasion of Syria:

“In fact, some of them have said that if the United States is prepared to go do the whole thing the way we’ve done it previously in other places, they’ll carry that cost,” Kerry said. “That’s how dedicated they are at this. That’s not in the cards, and nobody’s talking about it, but they’re talking in serious ways about getting this done.”

That is chilling and sick. This man is demented and his morals have long ago torn loose from their moorings. Are the Arabs going to pay us for the dead Americans that we will lose? Do you like the financial, moral and ethical returns on our investment in Iraq, Afghanistan, Egypt and Libya? Then you’ll be thrilled at the dividends you’ll see if we let the White House bring ‘hope and change’ to Syria. As for me, uh-uh, that’s one IPO I’m taking a pass on.

One thought on “Obama’s Syrian IPO – Is It A Good Investment?”