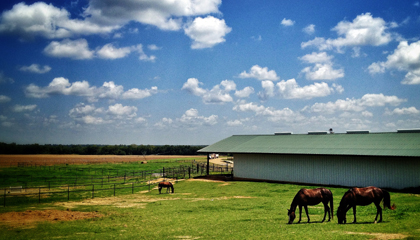 What Is Our National Purpose?

I was listening to a radio program a couple days ago, which featured a story that arrested my attention and set some gears in motion in my overheated gray matter. For those of you in Rio Linda, California – that’s a brain.

The basic theme of the profile, had to do with the topic of ‘depressed Latina teens’. The narrator told the story of one young woman, whose family was concerned when the teen’s grades in school started slipping, she refused to leave her room to go to school and was withdrawing from the family. As the narrative unwound, listeners learned that this young woman’s parents came here illegally from Mexico, the mother speaks not a word of English and that – I’ll call her Maria, Maria has anxiety issues about her status as an illegal resident of California. The reporter cited statistics from studies indicating that anxiety and depression is most common among ‘dream’ children and particularly females in the 13 to 19 year old age bracket. I was waiting to hear the expression ‘dreamers’ and an editorial statement advocating immigration reform, but the producers of this show segment steered clear of that. Of course, liberals hearing this story would get that implicit message.

What I began thinking about in reaction to this became the seed of a thought grenade. It was especially prompted by the interview they did with the girl’s mother. Through a translator, the mother complained about how difficult life in America is and compared the simplicity of Mexico, with the complexity and challenges of life in Los Estados Unitos – perhaps more particularly, Mexifornia. My visceral reaction to this was “how dare you gripe about America? – I didn’t put a gun to your head and drag you across the border – you’re free to leave anytime and don’t let the border fence catch you on your whiny, non-assimilating, illegal trasero on the way out!” That hasn’t changed, but I wanted to start a discussion on this and I’d really like to ask some questions of the Democrat / Liberal / Progressive and RINOs among us. Basically, what is our national purpose and implicit in that – what isn’t our national purpose? 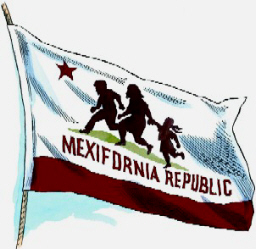 Is our national purpose to act as a landing zone for the escapees from failed states?

For a lot of people whose minds have been seduced by political correctness, diversity, multi-culturalism, open borders and an uncritical acceptance that we exist as a nation to solve the problems of every other dysfunctional spot on the globe – I think a reset in purpose and perspective is of vital importance. So here are the questions you could confront low information citizens with:

What is America’s purpose as a nation? Start with this question and leave it open ended. I think it might be fascinating to peek into the liberal mind and uncover the constructs behind their worldview. They may be at a loss to come up with a response.

Are we as a nation responsible to repair the unfavorable consequences, anxiety and conflicts that result from the violations of our immigration laws?

Do you still consider it ‘diversity’, when over 80 percent of the people migrating here – most illegally, are from Central and Latin America? Doesn’t this suggest we should attempt to actively manage and balance the national origin and ethnicity of the inflow of immigrants?

These are questions that the liberal, progressive or Democrat has not really given any critical thought to, because most of them are not critical thinkers. Liberals don’t arrive at their opinions via the careful examination of facts and a logical process that leads to their convictions. It’s more of a matter of the herd mentality and groupthink. That is what leads to the existence of cooperatives such as ‘Journolist’ and ‘Angie’s list’.

When you don’t have to think, you can have your opinions pre-gurgitated and served up to you, saving you the effort of questioning your assumptions. It’s because of this, that I think you will find the people that you ask these questions of, will either be at a loss or they will anticipate how their assumptions are going to lead them into a trap. If the latter is true, you can expect them to try to evade direct answers and attempt to spin the subject in a different direction. Liberals also, when confronted with the reflection of their fallacies, tend to panic and this is when they revert to the ad hominem response. I call it the ‘debate ender’, which is to say, calling you a ‘Racist’, ‘Bigot’, ‘Nativist’, ‘Xenophobe’. None of these are true debate enders, but to the progressive it is felt that they serve the purpose. This is when you inform them that behaving like a scoundrel only exposes their shallow intellect. 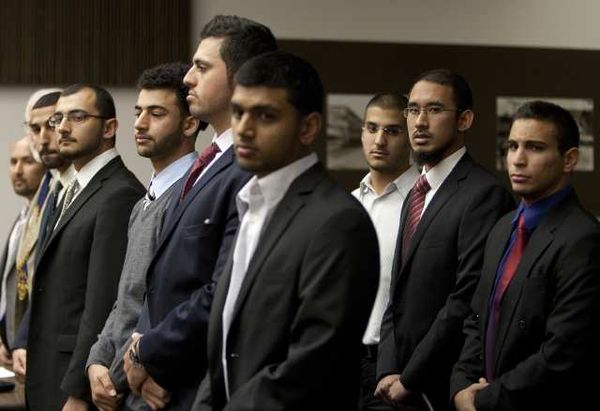 Do we exist for the purpose of providing hostile groups a fair opportunity to subvert our cultures, traditions, history and common values?

It probably is not necessary to warn you that most often instead of answers to the questions about our national purpose, you will get cliches, slogans and sound bite statements – “Broken Immigration System”, “We’re a nation of Immigrants”, “Immigrants benefit the economy” and “You can’t deport all fill in the number undocumented immigrants.” Any of the above are your opportunity to exercise intellectual martial arts on this liberal. For example – “Broken Immigration System”? Explain to me how it is broken – in what way? Most of the time they haven’t thought this through and even when they have what they think is a grasp of the narrative they think will meet acceptance – it is usually based on another liberal fairy tale that is equally untethered to reality. Anyway they go with this, you can easily defeat with a reasoned rebuttal based around the central truth that illegal immigration is unsustainable – crime, non-assimilation, cultural incompatibility, wage degradation, strain on existing social safety net, imported diseases, and inadequate educational aspirations. Put simply, you must argue that we’re importing failure.

This is just one example of how the question of the national purpose can serve to confront the liberal mind with challenges to their pre-conceived assumptions. You could adapt the question to also frame a rejoinder to the neo-con / internationalist concept of America as world’s policeman – as in the instance of the ruling class prescribing military action to opportunistically suit the objectives of multi-national corporations and global investors.

I welcome your thoughts and ideas.