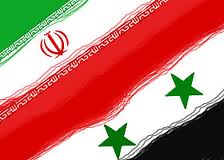 President Obama will speak to America on Tuesday and will further his case for striking Syria even though the House is overwhelmingly against war as are the American people. But, never let a war go to waste…

The war drums are beating ever louder and it appears that Obama will march forward into this conflict with or without the blessing of America in general. The 60’s era dovish hippies have morphed into war hawks without a compass, who have an agenda that is opaque in its touted transparency.

Fanning the winds of war is General Petraeus, who after allowing himself to be set up by Obama, wooed into bed by an operative and disgraced in the eyes of Americans, now asks us to have faith in his urgent plea to strike Syria. Having succumbed to the devilish offer of his heart’s desire by Obama, Petraeus now calls us to follow the Marxist-in-Chief into war. To trust his judgement. Sorry general… you have our lives in your hands and they are covered in butter and corruption. From the former head of the CIA (corruption in action):

Retired Army Gen. David H. Petraeus, former CIA director under President Barack Obama, called strongly Saturday for Congress to back the White House on Syria, declaring that military action against the regime is “necessary” to deter “Iran, North Korea and other would-be aggressors.”

“Failure of Congress to approve the president’s request would have serious ramifications not just in the Mideast but around the world,” Petraeus said in a four-sentence statement provided to POLITICO.

As a whole cadre of sinners minus saints back our illustrious and feckless President, America stumbles into WW III. Hardly the cavalry riding to the rescue. The left touts Petraeus as a war God to the right — well, even Gods fall and Petraeus has had his warrior wings clipped and singed by the progressive Left.

Not far behind the fallen general, comes John McCain who is thoroughly an embarrassment to those who voted for him (voting more for Palin than for him – collective noses were held to get a pearl with the swine). Playing his distinguished military service for all it is worth and more, this progressive Republican has played footsie with Obama from the beginning and will shill for him till the end, even if he winds up in a bunker and on fire.

Sashaying into the mix is Lindsey Graham, donning a burka and kissing the feet of his dear leader. He is now claiming if we don’t attack Syria, we may get nuked. News flash Lindsey… your policies and actions are what are going to get us nuked. Your craven weakness, allegiance to a Marxist tyrant and the cheapness of your soul will bring nukes on America. Judgement will await you — richly deserved, I might add. If you poke the Russian bear, shock the Syrian monkey and tease the Iranian lion, you just might get eaten. Graham is right on the threat of Iran, but his approach to war is screwy and deadly.

I believe in fighting our enemies, chief among them being Iran. But there is a huge difference in going to war, killing the enemy and coming home to victory, versus playing at war. That is suicide. With a gutted military, no defined adversary or goal, and no battle strategy, we are almost assured of losing and our powerful enemies in Russia and China are virtually salivating in anticipation of American fast food served up by Obama on skates. Iran is an existential threat to the US and Israel — but if we are to fight them, arm Americans to the teeth and unleash the greatest military on the planet and let us fight them — not Syria. Don’t take a sideways approach to the enemy. Fight those that are a true threat head on and let the Iranians feel the might and wrath of America. After all, they were one of the primary players behind the slaughter of those on 9-11. They should have been decimated years ago, but we have had a lack of spine and fortitude in our leadership. Now those yellow chickens are coming home to roost. Now we march for despots who would use us for their ends rather than protecting our land and families. As BlackFive says, we should just crater all of Syria’s runways, blow up their air and sea capabilities (which would deny the Russians a port) and hit their communications. If you have to attack Syria, do it logically and strategically, not hit and miss while warning them of all intentions.

War with Iran approaches and we cannot shrink from it. They want it and the powers behind them want it. Yes, the Mullahs want to annihilate Israel. But you can’t use Israel as an excuse. Iran is and always has been a threat to us as well. Instead Graham employs fear mongering on Syria, who is not a threat to us and the wrong target:

But Graham has heard the counterarguments. He knows many are skeptical that replacing Assad would install leadership that’s any more favorable to U.S. interests, even in the military friendly Palmetto State. In fact, a common refrain across the country is that the alternative could be far worse.

“Rebel opposition forces are our sworn enemies. We’ve spent billions of dollars in one country trying to wipe them off the face of the planet ­ al-Qaida. And yet we employ the strategy of funding them and giving them weapons in Syria to get Assad?” asked Jesse Graston, who traveled nearly three hours from Rock Hill, S.C., and forked over the $12 in order to corner the senator.

Facing that strain of skepticism, Graham wound up his case on Syria intervention by raising the stakes considerably. He painted a frightening picture of cascading world events that would reverberate far beyond the borders of a civil war in one Middle Eastern country.

If the United States doesn’t deal with Syria, Graham promised Iran would acquire a nuclear weapon by 2014, the King of Jordan would be deposed and Israel would start preparing to protect itself.

“I believe that if we get Syria wrong, within six months — and you can quote me on this,” Graham said, pausing for dramatic effect. “There will be a war between Iran and Israel over their nuclear program.”

But it wouldn’t even end there, Graham surmised. Undoubtedly, he said ominously, the Iranians would share its nuclear technology with U.S. enemies.

“My fear is that it won’t come to America on top of a missile, it’ll come in the belly of a ship in the Charleston or New York harbor,” he said.

In fact, the Syrian Rebels and the Assad regime roundly agree that Obama attacking will have no effect at all. It will change nothing except to bring us further into the conflict, bankrupt us even more and set all of our footing onto WW III. A war that could have been and could still be avoided by removing the primary threat in Iran, saving hundreds of thousands, perhaps millions, of lives. But the global elite have other plans that involve a total reset of finances, power and geography. That is what is really going on here.

I support Israel with every fiber of my being and I understand why they want Obama to back up his red-line rhetoric. Yes, we should help our ally, but this is the absolute wrong approach and brings on exactly what is being avoided — all out conflict. You might as well dance, you are lighting the nuclear fuse. Obama will now bring in Iran and use Israel as his pretext. Then, when all of this goes off the rails, he will blame the Jews. Anyone can see this coming:

In his round-robin television appearances on Sunday, Secretary of State John Kerry—now the administration’s über-hawk—repeatedly said that bombing Syria would send a message to Iran. As he told Fox News on Sunday:

“The fact is that if we act and if we act in concert, then Iran will know that this nation is capable of speaking with one voice on something like this, and that has serious, profound implications, I think, with respect to the potential of a confrontation over their nuclear program. That is one of the things that is at stake here.”

But — hey — political distractions are important: never let a war go to waste. 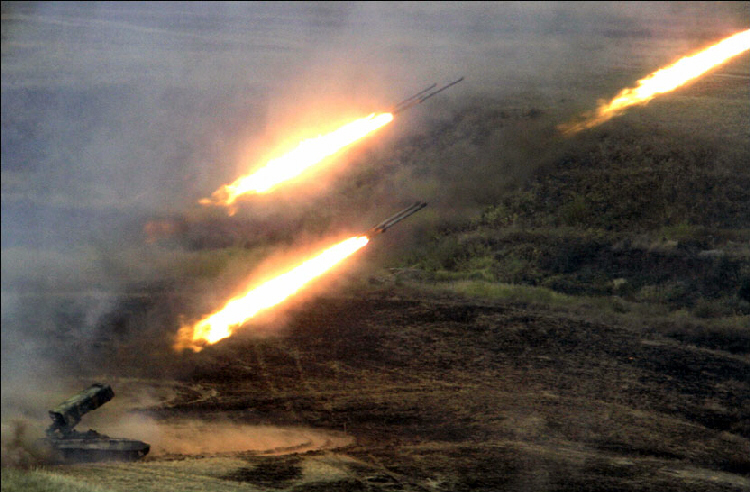