Before I look at that farce, I remember. Today is 9/11. Not only should it not be forgotten, it should serve as a warning, a lesson. Even now. Especially now. 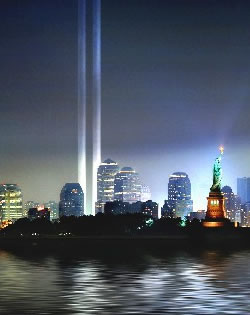 There is consummate evil in the world. And there are forces dedicated to taking down Western civilization — with all of its humanistic and liberal values. Radical Islam. No less a threat than naziism was, or communism.

And the farce? Aiii! It would be very funny, if it weren’t so pathetically sad and dangerous.

The clown in the White House has been given a reprieve. And, of all nations, by Russia — which is in constant competition with the US for power and influence, and which supports the bad guys time after time. (Obviously, we cannot count the Russians themselves amongst the good guys.)

Of course, it wasn’t saving Obama the Russians were concerned with, but rather, preserving the regime of Bashar Assad. What a strange and sudden turn of events we’ve seen in the last three days:

Obama was on a slow, reluctant path towards a “limited” punitive bombing in Syria as a warning to Assad and all others of his ilk who would use weapons of mass destruction. Obama was pushed in this direction because he had spoken about a “red line” with regard to Assad’s use of poison gas, and he couldn’t back down without looking the perfectly impotent, perfect fool.

But how he was planning the bombing! By announcing first how limited it would be. I wonder if there has ever been any other instance such as this, in which the nature of an attack is publicly announced beforehand. Of course, he wasn’t trying to reassure Assad (not as far as I know, anyway), but rather his own people, who were not really on board.

The farcical nature of this whole venture comes clear. 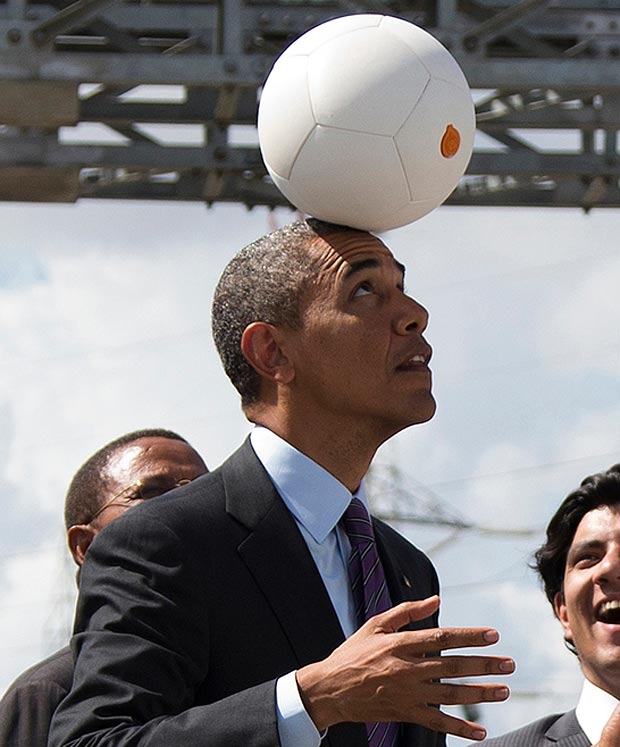 Then came the announcement by the president that even though legally he had the jurisdiction to order the hit on Assad’s military infrastructure, he decided it would be more “democratic” if he sought the approval of Congress first. Many of us asked, “Say what?” Because this was being advanced by the most undemocratic of presidents. A stalling tactic, and an effort to have other parties sharing the responsibility should things go wrong.

In order to get Congress on board (it was the House that was looking most reluctant), he pressured AIPAC to get out there and lobby — something that he never should have done and which can only rebound badly on AIPAC and Israel, whose prime minister really wanted to stay out of this. Not that Obama is concerned about anything rebounding badly on Israel.

As those who have been following my postings understand, I was not opposed in principle to that attack, even if I mock the way it was being approached. Red lines must be addressed if there is to be deterrence power — which is sorely needed, most particularly with regard to Iran. And use on innocent children of weapons that are universally forbidden by international humanitarian law should be addressed in a fashion that very seriously discourages a reprise. The attack should have been a surprise, delivered with immediacy and ferocious determination born of genuine conviction.

But how can I not mock? The secretary of state actually said (I could not make this up!) that the attack would be “unbelievably small.”

The lack of courage and conviction on the part of the administration cannot be overlooked. Especially on 9/11. It had become apparent that, with everything else, there were members of Congress unwilling to support Obama’s plan to hit Syria because it was so ill-conceived, so lacking in genuine planning — with specific goals.

We know what happened next. In short order, Kerry referred rather flippantly to Assad turning his weapons of mass destruction over to the international community so that they might be destroyed, and the Russians then picked up on this as a serious proposal. Very quickly thereafter (was this scripted?), Assad indicated interest in participating.

For about one-and-a-half minutes it all looked promising. It could have been promising if done properly. But it quickly became apparent that this was not going to be pursued properly — that is, with consummate seriousness.

Britain, France and the US wanted to turn supervision of the Syrian weapons over to the UN, and moved to bring the matter to the Security Council. They were seeking a Chapter 7 resolution, which means military enforceability. Russia would have none of it. In fact, Russian Foreign Minister Sergey Lavrov made a statement about how this will not work if there are threats against Assad — there have to be no repercussions staring him down, if he is to cooperate.

When I read what Lavrov said regarding not making threats, in order to secure Assad’s cooperation, it seemed to echo something I had heard before. It didn’t take me long to remember where: For a long time Obama was saying this with regard to Iran. No military threats, he insisted, or else Iran’s leaders won’t agree to dialogue. Remember? We see how far that got the Western world.

Obama made the point that if not for the US preparations to hit Syria, this wouldn’t be happening. And that’s true enough. But the key now is keeping the heat on Assad, so he feels he might get hit by those American cruise missiles at any moment. And, in spite of Obama’s lip service in this regard, I have little confidence that the US threat is real.

Tomorrow Kerry will be meeting with Lavrov in Geneva, and Obama will be speaking with Putin. The Russians want to run this show, and insist that, as Assad trusts them, they are the only ones who can pull it off. There is absolutely no reason to trust the Russians. But I expect, in spite of this, that Obama will labor mightily to find a “formula” that will provide a semblance of having dealt with the issue of Assad’s weapons of mass destruction. As locating these weapons and moving them would be a gargantuan task, there would be a good stretch of time before it became clear what had or had not been accomplished.

At present, Obama has tabled a Congressional vote on the matter. Going back to secure that vote — and a positive one, at that, and then acting, some weeks or months down the road, seems an unlikely scenario. The further in time we are from the precipitating attack with gas in August, the less urgent it will seem and the more reluctant members of Congress will become to sanction the launching of missiles on Syrian installations.

According to the Inter-fax news agency, Moscow says a plan for the chemical disarmament of Syria has already been turned over to the US. It is this that will be discussed tomorrow. While Russia is blocking a Chapter 7 resolution, which would carry severe consequences for failure to comply, it seems almost a forgone conclusion that there will be some debate on this at the UN. The US and France are eager for a mechanism to verify Syria’s disarmament. To indicate how wide is the divide, we only need consider this comment by Syrian Cabinet Minister Ali Haidar:

“There was no talk about moving and transferring control. There was talk about putting these weapons under international supervision.” (Emphasis added)

What is more, a Syrian government official indicates that his country is now prepared to sign the chemical weapons convention, but not if the move is imposed by foreign powers.

Shoshana Bryen, in “A Metaphor for UN Action on Syria,” examines the lessons to be learned from Iraq, and poses the questions (at the bottom of her piece) that must be applied to the current situation. It provides a window on the complexity of the situation.

And lastly, she asks, “How long will we wait?”

Isi Liebler also has a fine piece on this issue — “American Isolationism and Its Implications for Israel.”

“In the absence of effective presidential leadership, the American people have grown weary of shouldering the burden of policing the world and sending their youngsters to battle extremists in faraway places. Obama’s policies have dramatically revived America’s dormant isolationist inclinations.” (Emphasis added)

Lastly, a word about Iran. The opportunity for Obama to deliver a message of deterrence to Iran, via strong action in Syria, has been sadly and regrettably lost. It goes without saying that the Iranians are watching every faltering step. If they have concluded without question that Obama will never hit them, it would be difficult to make an alternate case, .

To make matters worse, there are now reports that the Russians will supply Iran with more advanced military equipment. Elsewhere I’ve seen a denial by Putin on this.

What seems to be the case is that Russia is telling Obama that if he ends up hitting Syria, then they will supply Iran with the military equipment. Great guys, these Russians — always advancing the cause of peace.

Saturday will mark the 40th anniversary of the start of the Yom Kippur War. It is a time for soul searching here in Israel, with regard to our alertness to what is happening around us and our preparedness for all eventualities.

“In the fog that is covering the Middle East, we must realize that we can count only on ourselves and build an army that will deter any enemy.”

Earlier in the day, he had delivered a message with the same theme:

“We do not know how the free world will act in response to the massacres in Syria. We are following the developments with responsibility, level-headedness and the awareness that we must trust ourselves – our strength and our deterrence capability.

“We live in a reality in which instability is the only stable thing in the stormy waters of the Middle East.”

“We must realize that we can count only on ourselves…” Never were truer words spoken.