In this day and age there are very few who can honestly say they comprehend the meaning of the phrase, Equal Protection Under the Law. Simply put it means that everyone gets treated the same way regardless of race, religion, gender or as now seems to be the trend, regardless of which political party you support.

I tossed that last one in because it has over shadowed the legitimacy of our government for quite some time. It goes back to an ancient philosophy, “To the victor go the spoils”; but in a constitutional republic how much is considered ‘for the taking’?

Take for example the massive piece of legislation ObamaCare, perhaps one of the single most un-American bills to have ever come into existence. Thousands of pages written in such a way as to be intentionally misleading and divisive and yet the Supreme Court held that it was constitutionally sound. Makes you wonder if these black robed folks were the same ones who stood watch over Titanic, “No problems here, Sir, full steam ahead”.

There’s a news headline on Fox, Republicans move to halt ObamaCare ‘bailout’ for angry unions which illustrates how this legislation, as well as many others which have been passed, rewards certain segments of society at the expense of others. In plain language, redistribution of wealth or pure socialism; hardly what our nation was ever intended to become.

“…reports have surfaced on a plan that would give union workers — and only union workers — subsidies to help pay for health insurance even if they’re covered through their job. The purported “carve-out” could soothe the simmering discontent within Big Labor. The loyal Democratic supporters and early champions of ObamaCare say they have been slighted by the act’s final regulations, which they say is pushing some employees into part-time work and threatens their health insurance plans.”

If we are to accept any legislative efforts as constitutional they must pass a litmus test if you will, a test to see if the legislation fits within the limitations placed on government in order to protect all individual’s God given rights.

Ezra Taft Benson’s talk, The Proper Role of Government, defined the limitations we’ve placed on government as well as any other explanation prior to or after he gave that inspired message.

Within the text of Benson’s talk he quoted some of the finest political philosophers of all time, to include John Locke, Thomas Jefferson, Frederick Bastiat and James Madison to name a few. The foundations of our constitutional republic reside in our founding documents, documents which reflect the wisdom of these men as they considered the relationship of civilized men within a self governed and ordered society.

“For nobody can transfer to another more power than he has in himself, and nobody has an absolute arbitrary power over himself, or over any other, to destroy his own life, or take away the life of property of another.” (Two Treatises of Civil Government, II, 135; P.P.N.S. p. 93)

“This means, then, that the proper function of government is limited only to those spheres of activity within which the individual citizen has the right to act. By deriving its just powers from the governed, government becomes primarily a mechanism for defense against bodily harm, theft and involuntary servitude. It cannot claim the power to redistribute the wealth or force reluctant citizens to perform acts of charity against their will. Government is created by man. No man possesses such power to delegate. The creature cannot exceed the creator.”

These basic principles of government apparently are not well known, at least by members of Congress who enact legislation contrary to or indifferent to limitations our constitution has placed on the government ‘We The People’ have established. The Supreme Court has declared itself the final arbiter of law, as if they somehow have attained elite status and abilities which places them above the limitations of our constitutional republic.

Getting back to the article about Big Labor Union members being unhappy with ObamaCare and how it does not cover all Americans equally under the law; the entire purpose of the bill was to redistribute wealth from those who have ‘enough and then some’ to those who need a helping hand, or as has been observed with far too many federal programs, those who would prefer others paid regardless of actual need. Big Labor Union members who originally backed ObamaCare are upset, not because the bill was terrible to begin with; but because they’ve found out they’re on the side that has to pay for it all instead of getting a free ride.

Social Justice is a term which has been bandied about of late; a method of altering the outcome of today based on a secret formula, a formula known only to the elite, which presumes that those who are successful, (define successful), did so at the expense of those less fortunate and need to be penalized for taking unfair advantage. Social Justice, or redistribution of wealth is the basis of most federal welfare programs. It has little to do with helping the less fortunate achieve higher levels of competitive skills to become self sustaining; rather it enslaves everyone and eventually destroys all incentives, both for the producers as well as those on the dole. 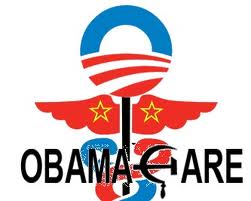 In the case of ObamaCare, the lure of unbelievably low cost health care was used to hook those who are struggling to attain the ‘American Dream’ while making the successful among us help the less fortunate by making them feel guilty for not jumping on board. ObamaCare is destroying the American Dream by micro-managing every aspect of business and individual liberty.

Then there’s a progressive version of the American Dream which equates home ownership, two cars in the garage, a large screen HD television, cell phones capable of high speed internet along with full coverage health insurance as if these were natural rights. The latter version would also have you believe that the American Dream, as presented, is promised to all without regard for having earned any of these amenities; in other words pure socialism.

Businesses are now penalized for being successful, penalized to the point where it becomes advantageous to be less successful, have fewer full time employees eligible for ‘Cadillac’ health insurance plans while at the same time opening part time positions which are not penalized by the edicts of ObamaCare; everyone loses as the socialization of America is put into practice.

If you recall, prior to ObamaCare roughly 85 percent of Americans had health insurance to cover their basic needs with only 15 percent requiring government to step in and maintain minimal health requirements. These 15 percent were being taken care of by local measures such as county hospitals or other philanthropic organizations. 100 percent of Americans are now enslaved to ObamaCare and all the unintended consequences of pure socialism.

The progressive movement seized upon the notion of guaranteeing affordable health care to everyone, as if it were a natural God given right. If examined in detail the entire package was nothing more than a bald faced lie from the get go. The Affordable Care Act (ObamaCare) was, from its inception, part of a greater agenda to alter the political foundations of America from being a constitutional republic transforming it into a socialized totalitarian government where the elite distributed all aspects of social needs at the expense of individual liberty.

Now that ObamaCare has become the law of the land everyone is wondering, “How can I best survive or prosper under the new rules?” Since those rules are hidden within thousands of pages, are intentionally deceptive and favor only those who are on the receiving end at the expense of those who produce, then it becomes painfully clear that ObamaCare does not fit within the limitations of our constitutional framework.

Labor Union members thought they were exempt from the massive costs associated with paying for ‘free healthcare’ so they jumped on board supporting ObamaCare. They have slowly come to the realization that laws enacted which provide preferential treatment to one segment of society at the expense of another are just as easily twisted in such a way as to entrap the formerly exempted.

Life, Liberty and the Pursuit of Happiness are God given rights. Health care is not; it’s an entitlement program and, as with all entitlement programs, the elite get to decide who receives and who pays. This is a hard pill to swallow; but the lies of socialism sound better than self governance to those being rewarded with the fruits taken by force from those who actually earned it through their labors.

ObambaCare was never intended to serve everyone equally; it’s a redistribution of wealth scheme, only much more sinister as it enslaves an entire nation in one fell swoop.

There’s a line in the Alabama state constitution which comes as near to perfection regarding the proper role of government as can be had.

“That the sole object and only legitimate end of government is to protect the citizen in the enjoyment of life, liberty, and property, and when the government assumes other functions it is usurpation and oppression.” 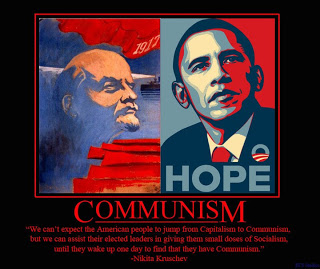 Sadly, America, more specifically, those we have elected or appointed have ignored constitutional restraints placed on government in favor of entitlement programs which temporarily seem to improve the lives of the less fortunate. There’s no such thing as a free ride or lunch, somebody has to pay and eventually expenses mount, as they always do, and expenses have far exceeded the ability to pay. Whether this exceptional debt was unforeseen or part of a combination of seditious actions intended to alter our path towards pure socialism will be of little solace once our nation crumbles and self destructs.

We have passed that point by several trillion dollars and yet there are those who continue demanding entitlements they have not earned, believing such entitlements are the same as God given rights.

Let’s get back to equal protection under the law; that system actually worked and would still work if we used it.