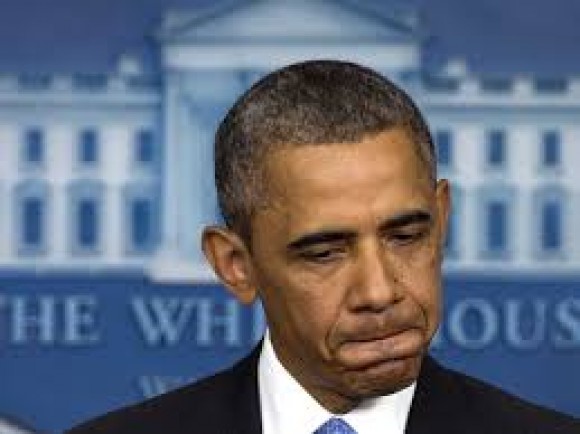 One year ago today, the victims of the Benghazi, Libya attacks—Ambassador Chris Stevens, Sean Smith, Glen Doherty, and Tyrone Woods—lost their lives at the Special Mission Compound and CIA Annex in Benghazi. Others were seriously injured. Since then, no one has been held accountable for the inadequate security at the Mission, which ignored the so-called Inman standards, or for the failure to fully anticipate the attacks given Libya’s deteriorating security environment. This in spite of numerous requests for increased security, which were ignored by top officials in Washington, D.C. Danger pay was increased for those in Benghazi, but the security was not upgraded. “The takeaway from that, for me and my staff, it was abundantly clear, we were not going to get resources until the aftermath of an incident,” said Eric Nordstrom, former Regional Security Officer in Tripoli, at a November 2012 hearing. “And the question that we would ask is, again, how thin does the ice have to get before someone falls through?”

Last month, the American people were treated to the news that Secretary of State John Kerry had cleared the State Department officials that former Secretary of State Clinton had placed on administrative leave for their failure to take appropriate action in the lead-up to the Benghazi attack. In December, 2012, The Accountability Review Board “found that certain senior State Department officials within two bureaus demonstrated a lack of proactive leadership and management ability in their responses to security concerns…given the deteriorating threat environment and the lack of reliable host government protection.” “However, the Board did not find reasonable cause to determine that any individual U.S. government employee breached his or her duty.” It was this lack of “breached” duty that compelled Secretary Kerry to end the administrative leave for these officials and return them to State, albeit into different positions.

Who, then, will be held accountable for the Administration’s failures in Benghazi?

It seems that this Administration isn’t even interested in holding those who actually perpetrated the attacks accountable. “Two weeks after the Obama administration announced charges against suspects in the Benghazi attack, a large portion of the U.S. team that hunted the suspects and trained Libyans to help capture or kill them is leaving Libya permanently,” reported Fox News last month.

“Special operators in the region tell Fox News that while Benghazi targets have been identified for months, officials in Washington could ‘never pull the trigger,’” the news outlet reported. “In fact, one source insists that much of the information on Benghazi suspects had been passed along to the White House after being vetted by the Department of Defense and the State Department—and at least one recommendation for direct action on a Benghazi suspect was given to President Obama as recently as Aug. 7.” Pentagon officials dispute these claims, saying that the group in question was not specifically tasked with finding Libyan suspects responsible for the Benghazi attack.

The media’s coverage of the Benghazi attacks has been lackluster, at best, since the very start. There have certainly been exceptions, such as Catherine Herridge, Jennifer Griffin and Adam Housley of Fox News and CBS’s Sharyl Attkisson, plus a number of conservative websites and publications. But for the most part, the coverage has been a concerted effort to shield top officials in the Obama Administration from responsibility for failures in advance of and on the day of the event—as well as for a blatant attempt to cover up the truth of what happened.

As I noted back in November of last year, “The rest of the media largely stayed away from the story, deflecting it on numerous talk shows by changing the subject, and rarely, if at all, treating it as an Obama administration scandal.”

Then there was the matter of the YouTube video, the Innocence of Muslims, which the administration and a willing media blamed for the attacks in Benghazi. But that turned out to not be true. (The filmmaker, Nakoula Basseley Nakoula, was recently released from prison and was interviewed on CNN.)

As Fred Burton and Samuel Katz recount in their new book, Under Fire, armed men swarmed out of the shadows during the Benghazi attack after intimidating a Blue Mountain Group security guard to open the gate. But you would not have discovered that fact from listening to early media accounts, or Susan Rice’s infamous appearances on the Sunday talk shows. Instead, you would have thought the attack stemmed from a “spontaneous protest.”

I tried contacting Blue Mountain Group, a small security firm out of Wales, in the UK, for this article, and for our upcoming conference. As this Reuters article pointed out, Blue Mountain Group hired about 20 Libyan men “after a casual recruiting and screening process” to provide security to the compound. So far, they have refused to talk to the media, or to anyone, on the record.

It took some intrepid reporting by the UK Guardian that resulted in an article this week that pointed out the inconsistencies in U.S. government statements about the incident. For example, they demonstrate how U.S. official claims that there had been nothing unusual that day in Benghazi, and that the compound had been well fortified earlier in the year, were completely false. There are many such lies and inconsistencies that they expose.

While the U.S. government and the mainstream media may not be interested in covering the Benghazi attacks today, Accuracy in Media is. To uncover the truth about the Benghazi attacks, Accuracy in Media formed the Citizens’ Commission on Benghazi, which will meet on September 16th in an open session at 10:00 a.m. Members of the commission include Lt. Col. Allen West (Ret.), Adm. James Lyons (Ret.), retired Generals Paul Vallely and Tom McInerney, and Col. Dick Brauer Jr. (co-founder of SOS). Click here to see the complete list of members and their bios. Featured guests include Tyrone Woods’ father, Charles Woods, former CIA official Kevin Shipp, Rep. Frank Wolf (R-VA), and Judicial Watch’s Chris Farrell, among others. We have also released a timeline of events as they occurred on the lead up to September 11 and its aftermath.

There is no charge to attend the event, but there is limited seating. The event will be webcast live at the commission’s website. Attendees should register online here or contact Nathan Makla at [email protected].