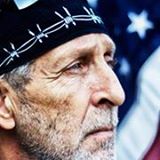 I have had the opportunity via Facebook to talk with one of the two National Coordinators of the 2 Million Bikers Ride to DC. What first caught my attention was a video by Thomas Wells with Eric speaking to a group of bikers in front of a Harley-Davidson store. Not sure if it is the store where the meet-up was to happen in Ft. Washington, Maryland the morning of the ride. He gave a stirring speech. The transcript and video are below, but first here are some of the comments he made to me about why he stepped up and spoke out. You will feel the emotion that surged through the riders on 9/11/13, and Eric makes it clear that he and bikers in general, recognize and also feel the deep anger stirring in many of us from sea-to-shining sea. It’s not finished!

With regards to my speech, I had to do something. I knew that if there was going to be trouble, the “root” of that trouble would grow from the anger and outrage at what our government has allowed our great nation to become. I had to find a way to target that anger, and hold it at bay. Although the ride was to pay tribute to those that perished 12 years ago, and for our troops since called to engage terrorism, there was still that anger in the heart and spirit of every single rider.

Unlike our government that tries to ignore that anger, I wanted to target that anger and bring it to the surface. I knew it was there, because I feel it, too. So that’s what I did…1st, affirm the ride as being for those who perished and for our troops. Once that was established, I could then move onto the anger that was deep inside. I tried to affirm that it did exist, why it existed, and to let everyone know that it’s okay for them to be angry. 3rd, I tried to reason with them and in that way, hold that anger at bay. I told them that we are Patriots. We are the best that America has to offer.

One of our biggest complaints is how the government has slowly stripped us of our Constitutional Rights. Where would we be, then, if we turned right around and stripped someone else of their Constitutional Rights? We are “defenders” of our Constitution. It doesn’t matter how much we may disagree with a cause, we must respect our Constitution and respect those who have a “Constitutional Right to Assemble”. I waved the red, white, and blue in front of them and said THIS is what we stand for and THIS is why we ride today! We didn’t show up with chains and clubs. We showed up with red, white, and blue flags and we’ll do the right thing because we’re Americans!! We ride proud and we ride tall. United we stand with our brothers and we will move the eyes from those “other demonstrations” to where those eyes belong…on those that perished and on our troops.

Outside of a few parking citations, there was no trouble at all. I called the Washington DC police the very next morning and they said nope!!…no arrests and no trouble! I was like…YYYEEESSS!!! I’m so proud of our riders. I knew there was anger in their hearts but you know what? They are true, blue Patriots and Americans. They did the right thing!!

There may be other rides on DC that specifically protest how our country is being run. However, this particularly ride was a ride of honor and respect. To offer our condolences to those that perished, and to salute our troops. There is a time and place for everything. This was not the “Call to Arms” that I see on the horizon.

There is a hero out there somewhere in America that will lead this. It’s only a matter of time!!

…Having been one of the two National Coordinators, I was extremely involved in the organization of this event. We had to monitor the various states very closely. This was not a political event, and posts that were deemed political or hateful were immediately removed. Some of the posts we removed would raise the hair on the back of your neck! Talk about hatred!! Talk about anger!! Oh, my gosh!! So yeah, I knew I had to do something or there could easily have been some big trouble in DC.

So, I did what anyone in my position would do. I prayed and asked for divine guidance and intervention.

But another thing I saw was this…America is very, very, VERY angry right now. Washington doesn’t know it, but they are sitting on a time bomb because this country is about to go off!!!

American bikers were coming out in droves…DROVES!!…to be a part of this! Although this was a commemorative ride, you could “feel” there was more to it than just that. America is angry, Maggie!

The “2 Million Bikers to DC” was not the proper forum to post such things so again, we removed them. But America’s anger was so intense at times that we were definitely concerned about what some of these riders were going to do when they got here. And you know what? I understand! I am just as angry about it as those making those posts.

Perhaps a ride will be assembled one day that is for the purpose of having Washington hear some of those posts but this ride was exclusively for those that perished and for the troops. By the grace of God, it stayed that way. However!…I cannot deny that undercurrent of anger that’s laying in wait out there, Maggie.

I knew there was a lot of discontent in America, but I think I underestimated how deeply the anger against Washington really was. America has really, truly had it! When you stop and consider that the entire “2 Million Bikes to DC” event was completed, start to finish, in 24 days, you can see how primed America is to take action! We were hoping for maybe 1,000 bikes when it started. At about the end of 20 days or so, we knew we were getting somewhere between 10,000 – 15,000. We ended up with over 100,000!! I really hope Washington doesn’t ignore that.

All it’s going to take is for that hero to step forward…!!!

Eric also told me that the Bikers to DC will be an annual event. A website is under development.

And, he gave me some insight into who he is:

I’m a very simple, blue-collar American that has a small business making clocks from logs. I live a simple life (well…I used to, anyway!). I am honest and sincere with others and strive to have a quiet and sincere walk with the Lord at all times. I rely on His wisdom and His guidance in all things.

Yes, I do have a degree from Towson State University but I guess I have the “Good ol’ boy” roots, and that is where I am most comfortable.

With regards to the “2 Million Bikers to DC” event, I never meant to get as involved as I did. I managed to “get in” on the ground floor and only intended to ride in the event. They were still struggling to get this moving, and I volunteered to help organize Western Maryland. Two days later I was the Maryland State Coordinator and about a week later I was on the National Team. Admittedly, I had to step back and ask myself, “How did all that happen??”

Anyway, yes, I was very involved in this event and found myself working 17-hour days up until the day of the event itself. We were absolutely shocked at how quickly we gained momentum. It very quickly turned into a freight train running downhill. It was all we could do to keep our heads above water at that point. But, it happened. There were a few hiccups here and there but I think things turned out okay. 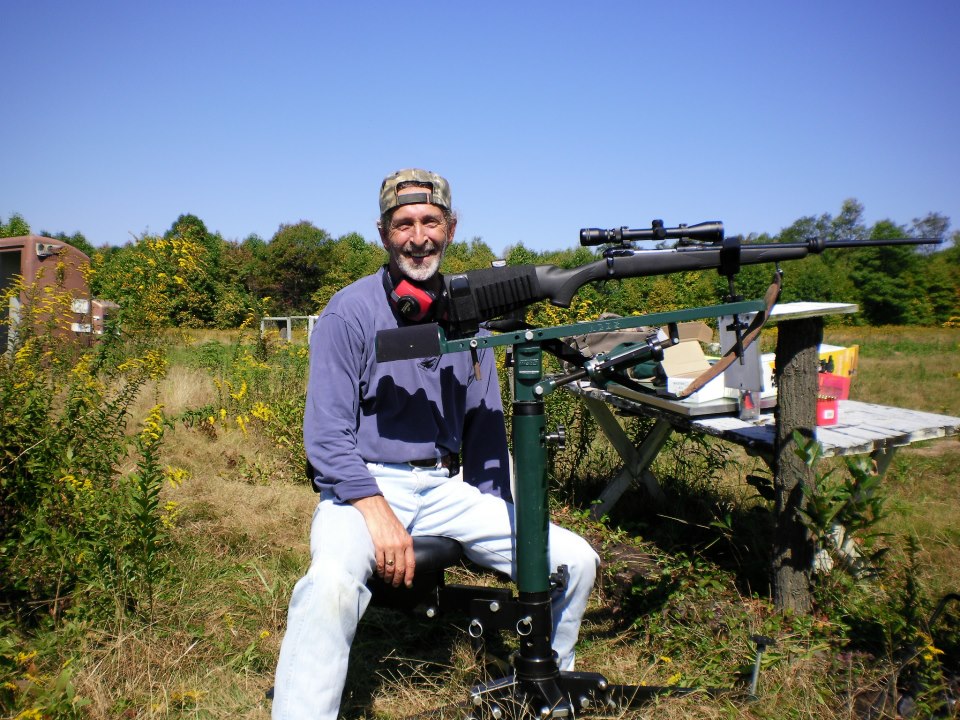 There are people out there weeping that lost their homes of 30 years. There are families out there that can’t afford to buy their children’s school supplies, driving around on expired tags because they can’t afford their tags. How are they going to afford gas to get to work next week? WE’RE DONE WITH IT! [cheering]

And these people who are struggling, America is crying, it is noting, and then we have to sit back and watch these multi-million dollar conventions, and we have to watch the million-dollar vacations. One of those vacations would get a thousand of those Americans back on their feet.

There is an anger, I know, in everyone of our hearts. We have sat back and watched Washington, systematically, transform this country, from one of the greatest on the face of the earth…the greatest, into an international embarrassment.

You hear that rumble and the ground starts to shake under your feet, and you look out there and there are 10,000 motorcycles coming down your street, and thousands of red, white and blue flags. You don’t have to ask who that is. You know who that is. That is America, Land of the Free Home of the Brave, one Nation Under God and we are…pissed off at what you have done to our country!

If you are a Facebook user, visit 2 Million Bikers Ride to DC. National Coordinator Belinda Bee has done an amazing job keeping us up to date with these great patriots and working with the press.

I want to give a shout-out to Mare of MareZilla.com who is blogging for New York Bikers, some of whom are planning a more regional ride on Albany. Read DC is Just the Beginning. Maybe we will see more regional rides and have an opportunity to support those in our areas closer to us. As Eric said, when you see those Bikers coming down your street, you know who they are.

I said this is “one man’s story,” but I doubt it’s the whole story. I hope we hear more from all of the Bikers. America needs to know. God bless them for riding for our Constitution and in honor of victims of terrorism.

If the video does not play or disappears, try viewing it here.