ICLA, the International Civil Liberties Alliance, today publishes a comprehensive white paper entitled “The Problematic Definition of “Islamophobia””, where the concept of “Islamophobia” is subjected to a comprehensive analysis. Specifically, the definition in question is the one presented by the representative of Turkey at the OSCE conference in Tirana, Albania in May, 2013.

Quite unconventionally, OSCE has published material about “Islamophobia” without providing any definition of the term, in particular [Guidelines]. Despite repeated calls by human rights activists for clarification, only in 2013 a definition was provided. Which, remarkably, is very similar to one given by the Organization for Islamic Cooperation (OIC), a fact that in itself should raise concerns over its applicability to any issues pertaining to human rights and fundamental freedoms.

The analysis is written by an ICLA team of experts, and demonstrates in meticulous detail that the definition is badly flawed on 13 major points, as well as on many more details pertaining to each of these points. The analysis shows the definition to be, various points, misleading, circular, self-contradictory and/or meaningless. It even turns out that, if the definition is to be applied as written, Islam as such will have to be considered “Islamophobic”, based on its own scripture and tradition.

It is the recommendation of ICLA that no institution aiming to promote and protect human rights and fundamental freedoms make any use of this term. Any use of this and other ill-defined terms lends itself towards undermining fundamental freedoms rather than protecting them. In particular, ill-defined terms could be misused to justify the granting of special privileges and protections to specific groups, which would be contrary to principles of equal rights for all.

Instead, ICLA recommends that OSCE participating States and other relevant parties focus their efforts on protecting individual rights rather than group rights, and reject any request or intimidation calling for any form of special rights, status or protections for specific groups.

The release of the ICLA white paper on ”Islamophobia” is timed to coincide with ICLA participating in the annual OSCE Human Dimension Implementation Meeting in Warsaw, Poland. At this conference, the paper will be presented at a public side event entitled “How bad definitions violate fundamental OSCE commitments”. Refreshments will be provided.

OSCE may be contacted on [email] or [phone] for accreditation and other practical issues. 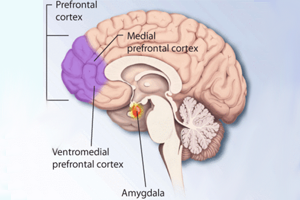 The Problematic Definition of “Islamophobia”

The International Civil Liberties Alliance notes with concern a growing tendency in public discourse to use terms that are poorly defined or even undefined. This practice is especially worrisome when the topics being discussed are contentious, as it destroys clarity and hampers mutual understanding. Under these circumstances, it is crucial that precise, unambiguous definitions be provided, and that all parties discussing the issues agree on those definitions.

One such term that has seen frequent use in articles, publications, papers, and interventions is the word “Islamophobia”. Although opposition to its use is usually thought of as a “conservative” position, among those who find its use objectionable is also the British Muslim socialist Rumy Hasan:[1]

Since 11 September 2001, the epithet ‘Islamophobia’ has increasingly become in vogue in Britain — not only from Muslims but also, surprisingly, from wide layers of the left, yet the term is seldom elaborated upon or placed in a proper context. Invariably, it is used unwisely and irresponsibly and my argument is that the left should refrain from using it.

Shockingly, some on the left have, on occassion, even resorted to using it as a term of rebuke against the left, secular, critics of reactionary aspects of Muslim involvement in the anti-war movement. So what does the term mean?

As an example of its widespread usage, consider “Guidelines for Educators on Countering Intolerance and Discrimination against Muslims: Addressing Islamophobia through Education”, published jointly by OSCE/ODIHR, the Council of Europe, and UNESCO in 2011.[2] The document contains 49 instances of the word “Islamophobia” (including those used in footnotes and cited URLs), yet the closest it comes to a definition of the term is this brief description found on page 17:

“‘Islamophobia’, a term which is widely used by NGOs and frequently appears in the media, tends to denote fear, hatred or prejudice against Islam and Muslims.”

The above passage does not qualify as a usable definition of “Islamophobia”, yet surprisingly, the concept forms the basis for an official OSCE guideline book. It is not appropriate that an undefined term is used as basis for educational guidelines, especially when the topic referenced is controversial.

At the Supplementary Human Dimension meeting in Vienna on July 12, 2013, in response to the repeated use of the term “Islamophobia” during various OSCE proceedings, Mission Europa Netzwerk Karl Martell requested a definition of the word.[3]

In response, the Turkish government representative Mr. Umut Topcuoglu quoted a definition[4] of “Islamophobia” originally presented by Turkey at the OSCE High-Level Conference on Tolerance and Non-Discrimination: Combating intolerance and discrimination against Muslims. The definition itself[5] was written by Ömür Orhun, the former Personal Representative of the Chairman-in-Office of the OSCE on Combating Intolerance and Discrimination against Muslims, and currently the Advisor and Special Envoy of the Secretary General of the Organization for Islamic Cooperation (OIC). While there is no officially announced OSCE definition of “Islamophobia”, the fact that OSCE materials make use of the term, combined with the lack of alternatives or criticism, makes the definition presented by Turkey the default for comprehending what the educational guidelines on combatting “Islamophobia” are seeking to achieve.:

The wording of this definition bears a close resemblance to that of an earlier definition of “Islamophobia”, which was also written by Ambassador Orhun and published by the OIC in 2011:[6]

This is a clear conflict of interest, in that organizations with a vested interest in defining a particular term to their own advantage should not pen the official definition of said term.

END_OF_DOCUMENT_TOKEN_TO_BE_REPLACED 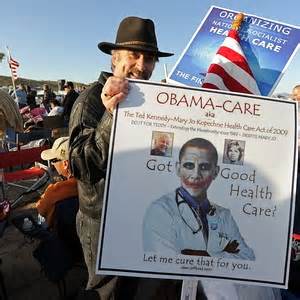