But of course! How could the situation be anything but?

This morning’s lead story in the JPost included this (emphasis added):

“Prime Minister Binyamin Netanyahu will go into his meeting with US President Barack Obama on Monday aiming not only to reveal the ‘true face’ of the Iranian regime, but also wanting to hear a reaffirmation from Obama of Israel’s right to defend itself.

“One of Israel’s main concerns presently is that Iranian President Hasan Rouhani’s ‘charm offensive’ has chipped away at Israel’s legitimacy for military action if Tehran crosses the red line Netanyahu established at the General Assembly last year.”

My immediate response to this was enormous indignation. Of course we have the right to defend ourselves. We need no one’s permission to do so. Every sovereign state has the right of self-defense.

This article reflects a very different tone from what I reported yesterday: “Netanyahu will tell US President Barack Obama that Israel will abandon the diplomatic path on Iran’s nuclear program [i.e., take unilateral military action] if it is not completely dismantled.”

Was it Netanyahu’s intention to tell Obama what we might need to do? Or to ask permission?

This circles back on the discussion I had in my last post about how there are times that Netanyahu has difficulty in bucking what Obama demands. In this case he might demand that there be no military action because this would interfere with his “diplomatic” outreach to Iran. Hey! He and Rouhani are practically best friends already.

If Obama were to make this demand, does this mean Netanyahu would have to listen? On the contrary, this is one of those occasions on which he MUST do what is right for Israel. But it is also one of those occasions that might require enormous strength and fortitude from him. And I can see the possibility of his stalling – whatever the bravery of his words – when it is past time for stalling.

Far better to clear matters away first, if it is possible. Otherwise there might be not only penalties of various sorts, but interference with our attempts to defend ourselves.

The on-going theme being put out by Kerry remains unsettling, as well. He is going to make demands – real demands – of Iran, he keeps telling us. But then he provides examples of some of the things he’d like to see now for Iran to show its seriousness, and they fall short of what is truly needed:

Once again: they need to close Fordo, and stop enriching all together. Will the US accept half-way measures and call it victory? This is precisely what I fear, and this would be a situation that makes it doubly difficult for Netanyahu.

Netanyahu, we’ve been told, brought with him into his meeting with Obama information on an Iranian agent who was captured here in Israel. A Belgian citizen of Iranian origins, Ali Mansouri is suspected by the Shin Bet of having been recruited by the Quds Force of Iran, which is a unit of the Revolutionary Guards that oversees “special operations, terrorism and subversion” outside of Iran. A businessman, he was in Israel to attempt to set up a business network that would provide “a covert base of operations for the Iranian regime to act against Israel and Western interests.”

Mansouri, who was reportedly paid $1 million for his activities, answered to the Quds Force, which in turn answers to the notorious Qassem Suleimani.

Netanyahu was eager to provide information to the president on precisely how Iran is operating even as its leaders profess eagerness for warm relations. Mansouri, when arrested, was carrying photographs of Ben Gurion Airport and the US Embassy. The latter should make Obama sit upright: the US is not exempt from Iranian machinations and it’s imperative for him to realize it.

The scuttlebutt, across the board, has been that this is going to be a time of greatly heightened tensions between Netanyahu and Obama – with a reappearance of the personal animosities we had seen earlier, and which had been, at least superficially, smoothed over. The goals of the two leaders were seen to be simply at odds, with frictions in the personalities as well.

But none of this was apparent on the surface today, with regard to the meeting between Netanyahu and Obama. The prime minister was well prepared going in, as he was prepped by a team that included some very good people, e.g., Ya’akov Amidror, outgoing head of the National Security Council and Ron Dermer, new incoming Israeli Ambassador to Israel. 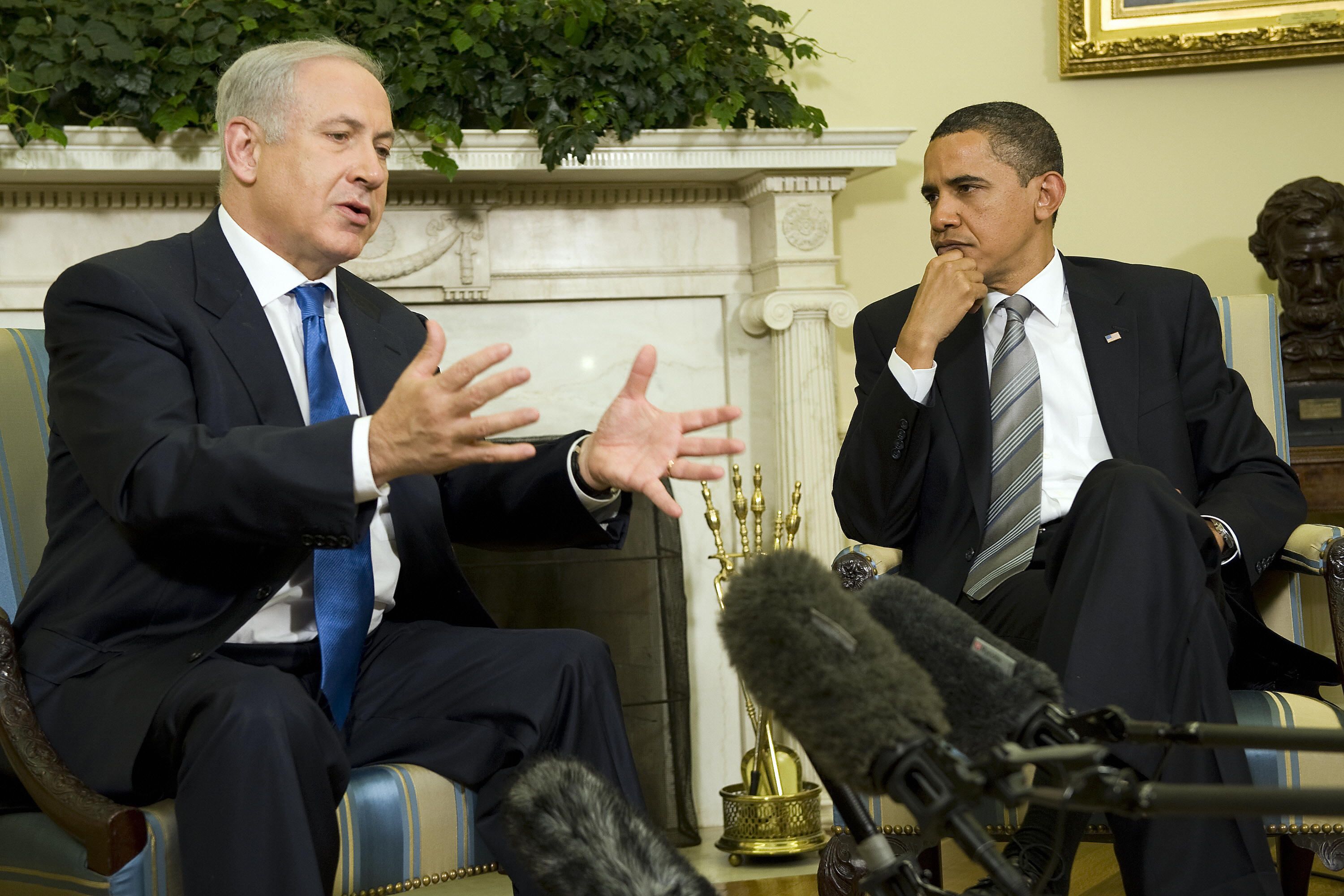 A close look at their words would certainly reveal gaps between the two. And we must remember that what was of import – especially with regard to differences – was said behind closed doors. But public words were all cordial and I do not believe the atmosphere was negatively charged. Matters seemed smoother than might have been expected.

Obama said that he would not be taking Iranian leaders at their words and would demand action: “specifically a reduction in the level of uranium enrichment as demanded by the international community, and that can be verified.” (Yup, that again, still.)

Netanyahu said, after the meeting, that he appreciated Obama’s position on Iran. He does? Well, Obama did say he wasn’t ruling out the military option. Anyone believe that? Netanyahu is no one’s fool.

Perhaps, however, what is serious is that Obama did concur that Israel needed to keep that military option on the table.

This is the conclusion that we must draw from the fact that, while still sitting next to Obama, Netanyahu declared for the press that if serious action isn’t forthcoming from Iran, Israel reserves the right to wage a unilateral military campaign against Iran’s nuclear facilities. I am not hearing that Obama offered a recognition of Israel’s right of self-defense, but that does not matter. What matters is that our own prime minister made that right clear.

Netanyahu’s position remains that Iran must fully dismantle its nuclear program. Half-way measures will not cut it for him.

We do not know exactly how much Netanyahu impressed Obama with his evidence of Iranian intransigence. But we can speculate.

According to Israel National News (above), “Netanyahu also presented Obama with the key points he intends to make in his speech to the UN General Assembly on Tuesday. Among other things, Netanyahu is expected to say that he does not rule out diplomatic dialogue with the new Iranian President, provided that the talks will establish real results.”

This is a concession to Obama. Netanyahu knows full well that diplomatic dialogue with Iran will never establish real results.

There is one other significant point in the follow-up to the leaders’ meeting: Obama praised Netanyahu’s willingness to engage in the negotiations with the PA.

Here’s more scuttlebutt: In reality, there is no connection between the threat of a nuclear Iran and our negotiations with the PA. But Obama keeps finding ways to draw connections. There is fear in some quarters that Netanyahu may give on what he is willing to concede to the PA, in return for Obama taking a stronger stance on Iran.

I keep picking up rumors about something coming down the road – some proposal from the prime minister regarding an interim state. There is an enormous amount of action going on, under the surface, in government and Knesset circles, in order to prevent this from happening.

Yesterday, Deputy Defense Minister Danny Danon convened a meeting with heads of nationalist groups inside the Likud Central Committee to strategize on this issue. Danon made the point that this was not “anti-Netanyahu,” but rather was intended to apply counter-pressure to the great pressure Netanyahu was undoubtedly encountering in the US. The group focused on a critique of Tzipi Livni, head of the negotiating team, who just spoke at a J-Street conference. Deplorable. 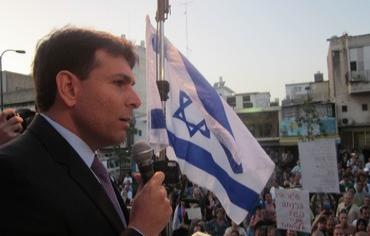 One thought on “Troubling, Unsettling”