‘We’re Winning’: Ted Cruz on the Latest in Washington Amid the ‘Government Shutdown’ 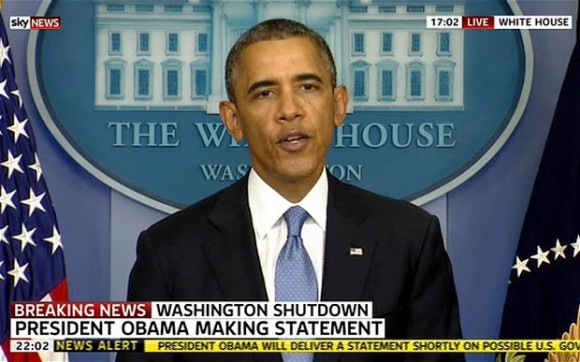 The “shutdown” is a show.

All of a sudden, these Park Service employees have appeared—with gates and police tape—to prohibit access, in the name of blaming congressional Republicans and causing inconvenience to tourists. Our media go along with the façade.

This is even more of a show than “Propaganda Village,” a fake “town” built by the North Koreans in the North’s half of the Korean Demilitarized Zone to fool people in the south. I visited the DMZ and saw the place from afar. It was designed to entice South Koreans to defect to the north. It looks real, but nobody lives there.

The photo on the front-page of the print edition of the Post shows one Park Police officer and four Park Service employees putting down gates and waving people away. In my many years of coming to D.C. for visits to national park service properties, I have never seen this many federal employees at one memorial. The Post put this on the front-page under the headline, “Bracing for a long battle.”

The fact is that people can easily climb over or through the gates in order to see the memorials anyway. That is what they did on Tuesday at the World War II Memorial.

In this case, which has received some national publicity, the Post reported, “Suddenly, in the bright sunshine, cheers and applause erupted. The barricades had been moved—by whom it was not clear. And the column of veterans poured through the gap in the lines and into the memorial.” The paper added, “It was a chaotic scene from the first day of the shutdown: frail-looking men—at least one of whom hadn’t been to Washington since the war—led by jubilant Republican Congress members and television crews as a bagpiper played ‘Shenandoah.’”

This was a show as well, but it was intended to prove that we don’t need federal employees holding our hands in order to appreciate the memorials. Closing them down doesn’t serve any legitimate purpose.

Many of us in the Washington, D.C. area who visit these parks and memorials understand the “shutdown” game that is being played. I have been to the World War II Memorial several times in the past and never encountered Park Service employees. All of a sudden, they mysteriously showed up to deny access to the public.

The Post, a major voice of the Democratic Party, plays along with the idea that a budget impasse has something to do with this. If so, why are there so many employees still working to close down these memorials. Where have they been?

“Effective immediately upon a lapse in appropriations, the National Park Service will take all necessary steps to close and secure national park facilities and grounds,” is what the signs say.

Park Service spokeswoman Carol Bradley Johnson told the paper that the agency is worried about the security of the memorials and the safety of visitors at unstaffed sites. But these sites are usually unstaffed. In any case, would metal barricades and signs stop vandals from getting in?

This is how big government works, with the collaboration and cooperation of the media.

The federal government supposedly doesn’t have any money to keep the parks and memorials open. But the White House recently “found” $300 million for bankrupt Detroit. Our media claimed it was “technically” not a bailout, since the money was already in the budget somewhere. Congress never voted for this expenditure, which has been called “aid.” According to various news reports, some of the money was “unlocked” from an account with the Department of Housing and Urban Development (HUD). The term “unlocked” has not been defined.

Gene Sperling, the head of Obama’s National Economic Council, said, “We are going to do everything that we are capable of” for Detroit, a city bankrupted by the policies of Democratic mayors, including the communist Coleman Young.

Some federal funding has already been committed to the demolition of Detroit’s Brewster-Douglass public housing complex, which was itself federally-funded.

But this same federal government can’t keep memorials open. Who do they think they’re kidding?

The answer is the public. And the media are part of the con game. 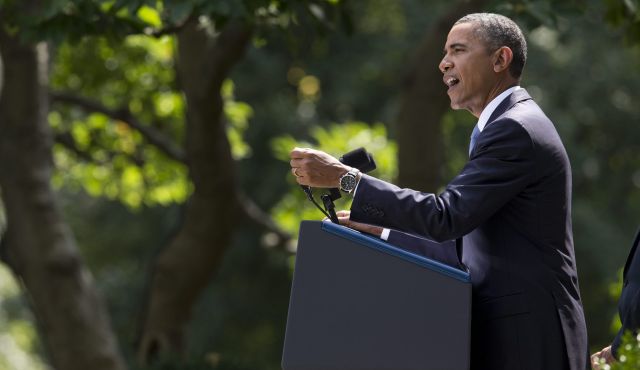 In his unguarded minutes, or perhaps more to the point, when he doesn’t have his handlers, scripts and teleprompters with him, sham “President” Obama reveals what a grossly incompetent idiot he really is. On October 3, 2013, Obama spoke at a “minority owned” business in Rockville, MD, a DC suburb, and blamed Republicans for the shutdown. It was obviously a sympathetic, mostly hispanic (illegals?) crowd.. In the category of you can’t make this stuff up, Obama said:

If you’re working here, and in the middle of the day you just stopped and said ‘I wanna get something… I’m gonna shut down the plant until I get something,’ you’d get fired!

Video, “Obama Against Strikes“
In light of such a remark, it it almost embarrassing to point out how vociferously Obama has supported and defended unions. Under this administration unions have gained unprecedented power, to the point of even having the National Labor Relations Board attempting to prevent private companies like Boeing from relocating to right-to-work state, South Carolina.

During the Wisconsin protests, union astroturfers were supported behind the scenes by the Obama administration and publicly by Democrats, in one of the most filthy displays of crude mob behavior in decades – exceeded only by the revolting Occupy protests, where protesters urinated, defecated, masturbated and fornicated in public, while Occupy leaders suppressed news of widespread robberies and rapes within the camps.

Some years back, Union thug Richard Trumka said after a non-union strike breaker was murdered, “…if you strike a match and you put your finger in it, you’re likely to get burned…” Trumka now brags that he talks to the White House every day and visits twice a week.

The only way someone as incompetent as President Obama can maintain power and a good public image is through the massive support he receives in the way of free PR from media. Notice for example, in this same video, MSNBC has selected only one quote where Obama blames Republicans for the shutdown. They have wisely avoided presenting the rest of this ridiculous speech. The rest is a cheerlead for Obama.

Is it any wonder we are where we are today?

Help James Simpson finish his book, ZERO HOUR: Manufactured Crisis, Vote Theft, Strategic Corruption and the Purposeful Destruction of America; Who’s Behind It, and What Must Be Done to Stop Them Right NOW!

Here is the speech of William Wallace from “Braveheart”:

“I am William Wallace. And I see a whole army of my countrymen,
here in defiance of tyranny! You have come to fight as free men. And
free man you are! What will you do without freedom? Will you fight?”

“Two thousand against ten?” – the veteran shouted. “No! We will
run – and live!”

“Yes!” Wallace shouted back. “Fight and you may die. Run and you
will live at least awhile. And dying in your bed many years from now,
would you be willing to trade all the days from this day to that for
one chance, just one cahnce, to come back here as young men and tell
our enemies that they may take our lives but they will never take
our freedom!”