By: Sara Noble
The Independent Sentinel 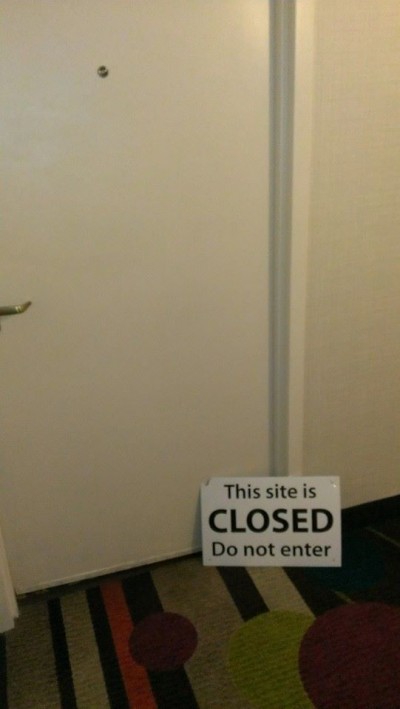 These signs showed up everywhere! (Just kidding, it wasn’t put in front of the hotel room by Obama’s peeps)

I am here in DC with Desiree Moore and she really caught the mood in DC perfectly when she said it was like attending a funeral, not just any funeral, a funeral for someone you loved dearly and will forever mourn. It was especially so at the Lincoln Memorial.

Abraham Lincoln is the symbol of freedom and to see his monument closed to the American public was very upsetting.

I was angry, especially when the police physically pushed people out of the Lincoln Memorial after they removed a barry-cade and entered the grounds of the Memorial. More police – who acted like Storm Troopers – were sent in – and to do what? Keep harmless Americans, many of them veterans, from seeing the Lincoln Memorial!

The police then tied the barry-cades together with metal ties.

It was disappointing to see people just accept it. They walked around as if they were in a fog.

In the next photo, an officer is putting the metal ties on the barry-cades to keep you and me out of the Lincoln Memorial. When the Occupy Wall Street crowd were desecrating the graveyard at Trinity Church, the police did nothing. When the Occupiers were doing drugs in broad daylight and were engaging in sex acts, the police did nothing. When the Occupiers used the street like a urinal in full public view, police held back. In fact, the Occupiers were applauded by Democratic leaders and Mr. Obama said he understood how they felt. I wonder if Mr. Obama understands how the normal American feels about every inch of DC property being cordoned off and blocked from public view.

This is our property! We need to take it back! Americans need to hold Mr. Obama accountable for this.

It is not the America we have lived in.

Many of the police were nasty and many of the rangers were great. If anyone thinks these police will be on the side of the people should it come to that, they are sorely mistaken.

When we were in DC in 2009, the police were great. They were friendly and helpful. We’ve come a long way baby, a long way down. 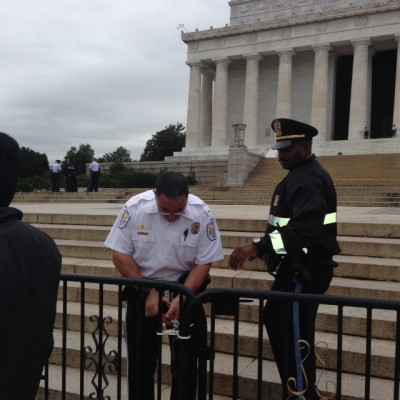 This gentleman came from Tennessee to stand up for the Vets. 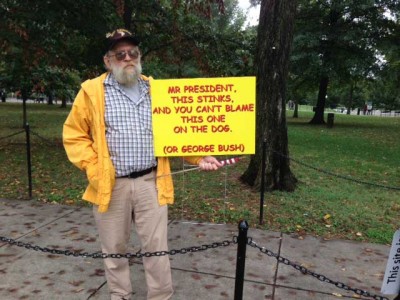 This is the peoples’ Capitol 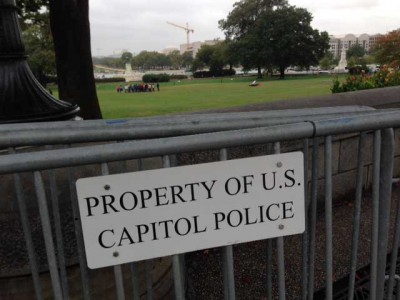 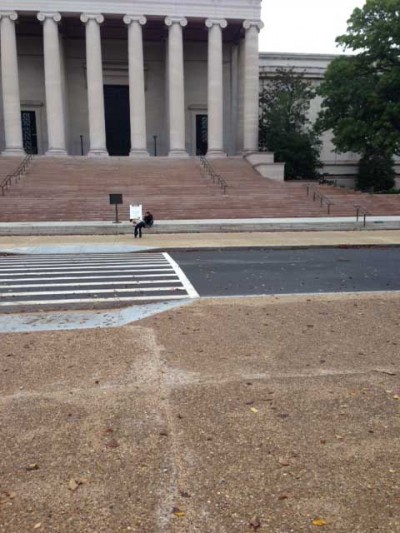 The Tea Party was here! 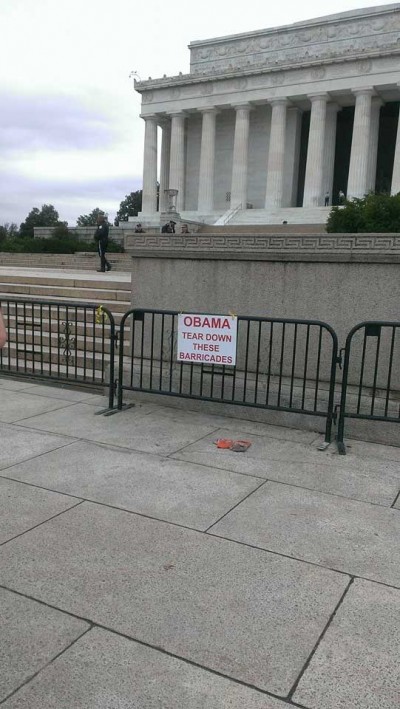 This is just a promenade and it was closed to the public. It’s a path with grass, that’s it. 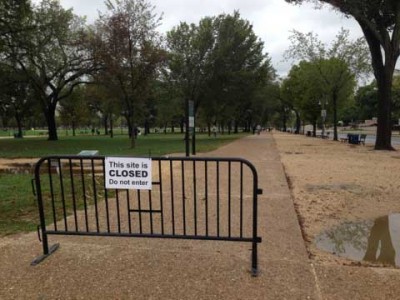 Clean Up DC! Veterans volunteered to clean up the mall. 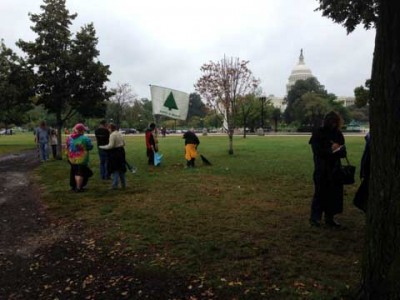 There is something very wrong with the National Gallery of Art looking like a prison. 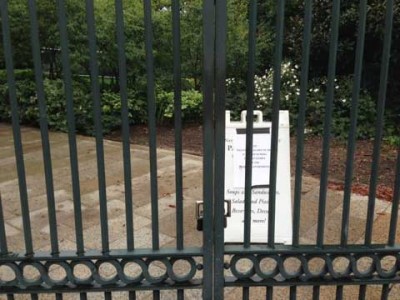 When we arrived in the city around 9:30 in the morning on Saturday, it was a cold and barren ghost town. The eery, monolithic structures of the ubiquitous government agencies stood as a stark reminder of the power of government, a government that is soulless. I realized that the buildings that once stood for a noble government now stand as reminders of how powerful and frightening government has become.

Every monument, memorial, promenade, museum is guarded and barricaded. It’s like being in Russia. In the 1960′s, I was behind the Iron Curtain and it was like this. It felt the same.

What right does the president have to shut down open air parks when it costs more money to guard them and cordon them off than it would to not do so?

This is the Republican’s fault? It’s their fault that Mr. Obama is hurting people unnecessarily? How dare he keep our veterans out of these memorials?

Check out the short video. People removed barry-cades on most memorials and walked through:

One thought on “Our Day in Obama’s DC Wasteland”