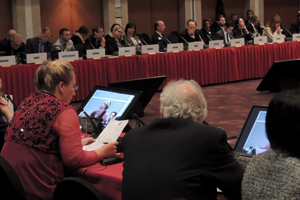 A Bürgerbewegung Pax Europa (BPE) Statement Being Made at the OSCE Human Dimension Meeting in Warsaw, September 2013

We have just heard word that the case against Stephen Lennon who was arrested on his charity walk to Woolwich has been dismissed.
The following tweet was made by Tommy Robinson ‏@TRobinsonNewEra:

“CPS have confirmed that the reason my case is dismissed was no evidence? Really ! Why charge me then? Will press question this”

Back in September our friends at Bürgerbewegung Pax Europa (BPE) made a statement at the OSCE meeting in Warsaw in order to highlight this case. It seems that their intervention may have been listened to by the British authorities. The BPE intervention can be found HERE.

This case should never have gone to court and has been a waste of public money.

Was this arrest politically motivated and an abuse of power and a violation of OSCE norms and principles?