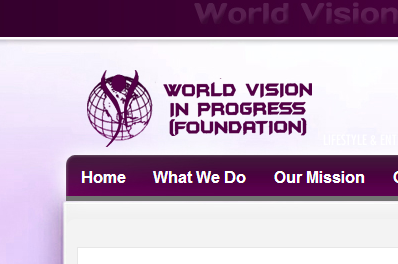 The following is an article published by our friends at World Vision In Progress (WVIP):

On 22nd of September 2013, around 500 persons gathered for Divine Sunday Service including another 64 children who were present in the Sunday School Center in the Church compound. Two suicide bombers entered in the compound and exploded themselves while the worshipers were coming out at the end of the Service at All Saints Church, Kohati Gate in Peshawar. […]

On 22nd of September 2013, around 500 persons gathered for Divine Sunday Service including another 64 children who were present in the Sunday School Center in the Church compound. Two suicide bombers entered in the compound and exploded themselves while the worshipers were coming out at the end of the Service at All Saints Church, Kohati Gate in Peshawar.

This city is the Provincial head and a main town in Khyber Pakhtunkhwa province which has borne the brunt of a bloody Islamist insurgency in recent years.

This bloody blast took almost 130 lives and injured 169 persons. 120 People are still in the different hospitals. 12 women become widows, 24 children become orphan and amongst them 18 children lost both parents.

This was a very hurting and disturbing moment for us when we found that the Peshawar Diocese was not willing to help their own inflicted Church members.

This is strange that still Bishop or its Priests were unable to pay a condolence visit to their church members, Whereas Bishop Humphrey went to Europe for Fund raising.

According to our Sources right after the blast in Church, International Churches and NGOs were in action and emergency aid of £2,000 were sent to the Peshawar Church by “Diocese of Wakefield” http://www.wakefield.anglican.org/news/story/help_and_prayer_for_devastated_people_of_peshawar

This money was sent for the medical treatment of those victims who lost their feet, ankles arms and legs or for those who are in serious need of medical attention. But it was never used on these victims.

Similarly like that “Titus Presler” https://www.facebook.com/titus.presler who has been appointed as an Principle of Edwardes College Peshawar is running a campaign for Funds. https://titusonmission.wordpress.com/2013/09/30/peshawar-all-saints-update-bomb-casualty-toll-funds-appeal-other-bombings/

And so far through this campaign much funds has been collected, one of the example is Episcopal Relief and Development who sent $15,000 grant. According to this web blog “…. Other initiatives are being developed in the Episcopal Church and may be announced soon. Meanwhile, the Edwardes College Compassion Appeal has already begun receiving donations for victims and their families from concerned people in the USA as well as in Pakistan….” Our question is where this money use? Church did not help any of the victims of the blast in their medical treatment then why they are keep collecting money?

Like them Australian Anglican Aid has also contributed their part by sending 5000 AUD to Bishop Humphrey Peter after their meeting on 27th Sept at 7:30 P.M in St. Saviour’s Church Punchbowl. Kindly go through the link http://anglicanaid.org.au/project/emergency-all-saint-church-pakistan-appeal

This was really a hurting situation that even receiving the love gifts from international churches Humphrey and his associates were unable to provide the medical assistance to these vulnerable victims.

A part from us [World vision in Progress] another NGO was helping the victims in their medical treatment, whereas Church even after receiving the funds from the international Community stand by idly as they die. Even the church was failed to provide the medical treatment to their own worker Mr. Robin Bhatti “ it was mid night when he called us for help ,we were on the way back to our base. We promise him that we will help him in his medical treatment but during his operation on 4th Oct, 2013 he passed away” The question arises here when diocese was unable to help his own staff how they can will help these poor members of the Church.

This is small information which we had shared with you, but soon we are going to uncover the details of the funds which church received on the names of these victims.

We would request the international world please do not sent the money to these people , if you like to support these victims we will soon upload the list of the victims with their complete addresses and Telephone numbers so you can contact them directly .