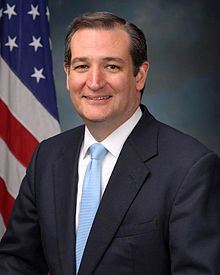 We’ve all read about what those on the left are saying about Ted Cruz. Simply put, they hate him. Even some in his own party speak out against him at times with such disdain that it’s hard to believe they are in the same party as Cruz. Then there are those who love Ted Cruz. Many of these people are Tea Party members or other conservative Republicans who remember a time when the Republican Party stood for the American people and not the politicians who only want to further their political career. So, what makes Senator Ted Cruz a guy that some love and a guy who some love to hate?

At first glance, Cruz appears to be a down-to-earth type of guy with roots that sprung from a not so ordinary beginning. Cruz’s father escaped a Communist dictatorship in Cuba to come to the United States so that he could have a better life with only $100 sewn into his underwear. Cruz’s father worked as a dishwasher for about fifty cents an hour to put himself through college, became a U.S. citizen in 2005, and is currently a pastor in Texas. Cruz’s mother came from a family of Italian descent and was the first in her family to attend college.

Cruz’s parents, with their hardworking and never give up attitudes, appear to have shaped a son that understands the realities of life and a person who strives to achieve. Ted Cruz from his early days was a stand out in school. He graduated high school as a valedictorian and it was in high school that Ted learned about the free market philosophy that he still holds today.

Cruz graduated with honors from Princeton University and won awards while there as a prominent speaker in several competitions. It’s also interesting to note, that Cruz’s senior thesis was on the separation of powers and a limited government, another philosophy that he appears to continue to espouse today.

As if all of this wasn’t enough for the left to hate him, Cruz went on to serve as a clerk to Chief Justice William Rehnquist of the U.S. Supreme Court. In fact, Cruz became the first Hispanic ever to serve for a Chief Justice.

Additionally, Cruz joined the Bush-Cheney team in 1999 and advised George Bush on legalities and policies of his campaign. In 2000, he was an attorney for the legal team in Bush vs. Gore, in the now infamous hanging chad voting case.

Earlier, in 1998, Cruz served as private counsel for Congressman John Boehner and represented him in a lawsuit against Congressman Jim McDermott.

Everything I’ve written is enough to make any progressive liberal left-winger despise Ted Cruz. He’s hardworking, intelligent, a Constitutionalist, and he could potentially inspire other conservatives to follow him and change the path that the government and America is on today.

The left couldn’t wait to blame the recent government shutdown on him. Even his own hometown newspaper, the Houston Chronicle, who had originally supported him, voiced their disappointment that he had not turned out to be like former Texas Senator Kay Bailey Hutchison.

Additionally, the left don’t care for him because he is pro-life, opposes same-sex marriages and is pro-gun rights. They have also gone so far as to make threats against his personal safety.

The left has also dug up supposed “ethics violations” from his 2012 campaign. He is being accused of failing to publicly disclose his ties with a Caribbean-based holding company. The relationship began with a $6,000 investment Cruz made more than ten years ago in a Jamaican private equity firm founded by a college roommate. Cruz did disclose the information in 2013 but failed to disclose full information which is contrary to Senate rules.

There are those in his own party who are against him also. Republican Senators like Mitch McConnell and John Cornyn did not support Cruz’s attempt to defund Obamacare. Republican Senator John McCain called him a “wacko bird” but later apologized. Ted, not being a shy man, voiced his opinion that “conservatives had been embarrassed to vote in 2008 (for presidential candidate, John McCain). Finally, Republican Senator Peter King called Senator Cruz “a fraud” and “bad for his party.” He went on to say that soon Cruz would “no longer have any influence in the Republican Party.” The old-guard is attempting to hold on to their political careers and aspirations even if it means character assassination of an honorable man.

The Tea Party and Conservatives love him for every reason that the left and RINOs deplore him. That means he must be doing something right!

Susan Knowles is an author, psychotherapist and former practicing attorney. Her latest book, a political fiction, is entitled, “Freedom’s Fight: A Call to Remember” available on Amazon.com. Her website is www.susanknowles.com. This article is also published there.