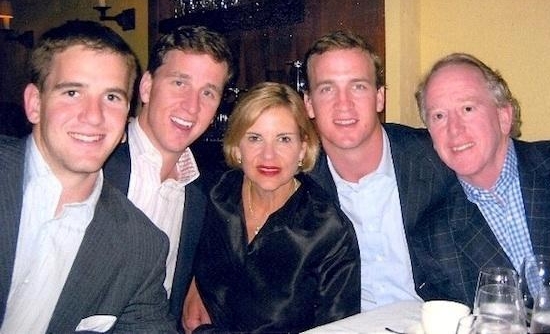 On election day, I felt a bit yucky, fighting a cold and tired. Booker’s win added to my yuckiness. Camped out on the sofa, I watched a TV show titled, “The Book of Manning”, a documentary about the Manning family and their amazing football legacy.

Folks, that TV show helped to get me through the night. It reminded me of what I am fighting for, an American ideal. I am fighting to preserve an America in which striving for excellence, working hard and trying to do the right thing is rewarded.

My involvement in the political arena goes far beyond politics. It is about two opposing visions for America and what it means to be an American.

Booker, like his idol Obama, seeks to transform America into a nation where entitlements reign supreme, achievers are demonized, standards are lowered and mediocrity is spread equally; a land of baby daddies and welfare checks.

Democrats feel morally justified in their relentless efforts to redistribute wealth. They dismiss achievers as mere “winners of life’s lottery”. Hogwash! Biographies of Michael Jordan, Tiger Woods, Peyton, Eli and Archie Manning and countless others confirm that superior performance is birthed out of a superior work ethic.

“Excellence is never an accident. It is always the result of high intention, sincere effort, and intelligent execution; it represents the wise choice of many alternatives – choice, not chance, determines your destiny.” Aristotle

As I stated, we are in a war of two opposing ideas; striving for and celebrating American exceptional-ism vs a gimme-my-government-handout America.

Washington elites on both sides of the political isle have launched an all out assault to destroy the Tea Party and the lawmakers who represent our principles and values.

However, the reality is that thanks to the Tea Party, Steve Lonegan earned the highest percentage of the vote for any Republican candidate for Senate in New Jersey in the last dozen years. I am extremely proud of you folks. Thank you very, very much.

The closeness of the Senate race confirms that conservatism does resonate with voters when properly articulated. We lost because Booker had $11 million to smear Lonegan and sell lies to masses of low-info voters. Pundits are erroneously blaming the Tea Party.

We, the Tea Party are the instruments of real change in DC. Quite frankly, Washington elites are appalled by our arrogance. Who do we Tea Party yahoos think we are trying to make demands on them?

Patriots, I wish to send out a clarion call to stand strong in your commitment to preserving the freedoms we have left and restoring those we have lost. Also, it is vitally crucial that you remain loyal and defend our representatives Sarah Palin, Ted Cruz and Mike Lee with every fiber of your being. Without their courageous voices championing our mission, the battle for America is easily lost.

As I stated, watching the Manning Family documentary gave me hope. It was about a young man who worked very, very hard to be the best football player he could be. But his greatest desire was to be a good dad to his sons. Without pressuring his sons to following in his footsteps but simply leading by example, both Peyton and Eli embraced the family work ethic which has lead to pro football excellence. Their mom was loving and supportive.

Laugh, poke fun and call it “Leave it to Beaver” if you like, but it is the kind of America I miss and see swiftly slipping away.

Just an observation, Archie Manning was a live-in father rather than a baby daddy with numerous out of wedlock births resulting from his sperm donations.

Hang in there Tea Party. Though they slander you with false accusations of racism, in reality, you are the last hope for America.