Today I have visited the W.A. Ismay Collection by contemporary artist Matthew Darbyshire at the Hepworth Gallery in Wakefield.

My visit was, primarily, a homage to my grandfather who was a friend and neighbour of Mr Ismay whom he knew as Bill. It was my first visit to the Hepworth Gallery as I am usually not that impressed with modern art. However, I liked what the gallery had to offer and would certainly recommend that others pay it a visit. In addition to the art, it affords excellent views of the river Calder and allows you to view Wakefield from a different perspective.

My grandfather arranged for my mother and myself to view Bills collection when I was a teenager back in the 80s. However, at that time it was at Bill’s house on Welbeck Street. He told us in no uncertain terms not to tell anyone because the collection was very valuable. It was certainly not the sort of thing that you would expect find behind the net curtains of a modest terrace house. To a trained eye, not mine, it was an Aladdin’s Cave of exotic ceramics. To me it was simply like a museum.

Darbyshire has arranged the collection using the footprint of Bill’s house as his canvass. This includes the front room, and the living room, but omits the kitchen. The gap in the middle of Darbyshire’s work is the position of the steps down to the cellar. It was interesting to compare this piece of modern art with my own memories of Bill’s home. I think he captured the essence of the atmosphere in the house very well – organised clutter. The house was jam-packed with pots covering every last space on more than one floor. Frankly I was amazed about how Bill actually managed to live in his own house! There was one occasion when Mr Ismay was out when a delivery from Japan was made. Naturally they asked a neighbour to sign for it and look after until he returned home. That neighbour happened to be, much to her chagrin, my grandmother. She was a woman of a nervous disposition at the best of times and was horrified about having a fragile and potentially valuable piece of art being left in her care. The ceramic article survived, even though my grandmother was well known for dropping crockery in the kitchen due to her arthritis. I think she was very relieved when Mr Ismay finally took possession of the item. My mother thinks the item is the large circular object in the photograph next to this paragraph.

Darbyshire’s portrayal mixes in white goods such as the washing machine which contrast marvelously with the pottery. I do not remember any white goods when I was back at the house, but they could have been completely covered in pots! The juxtaposition of ancient and modern technology is an excellent way to draw attention to Bill’s collection.

I took quite a few photographs at the Hepworth. In the first group below, I wanted to show the collection as a single united work of art by Matthew Darbyshire.

The following photograph shows the view from what would have been the kitchen. The cabinet in the foreground would have been below the living room window that looked out into the back garden. 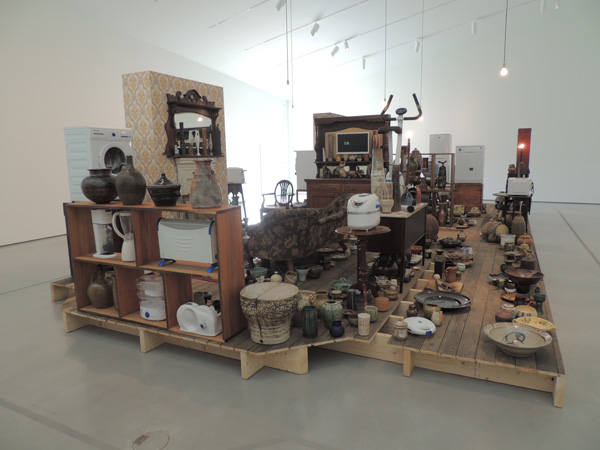 The following photo shows the view from what I would presume would have been next doors kitchen if the walls had been made out of transparent bricks. 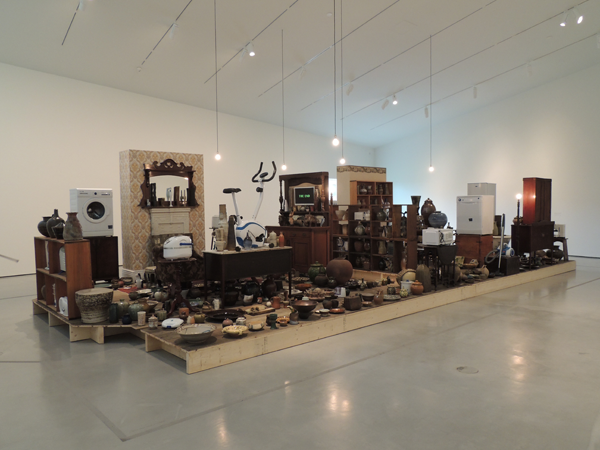 Below is the view from what would have been the view from the garden of Bills other next door neighbour. You can see clearly where the chimneys were located. 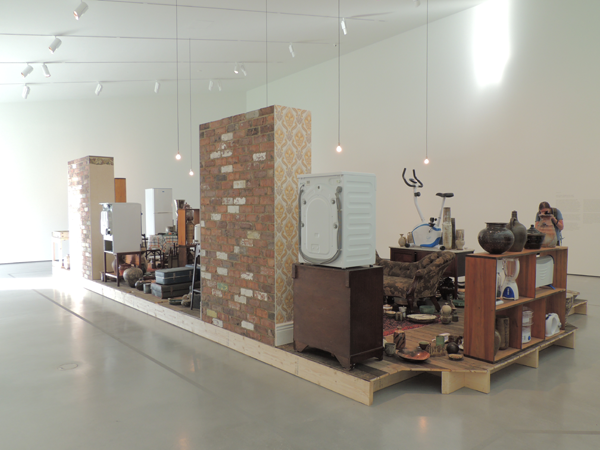 In the photograph below, you can see the living room on the right with the mirror above the fireplace, the front room which has shelves above another fireplace, and in the middle the blank space representing the stairs down to the cellar. 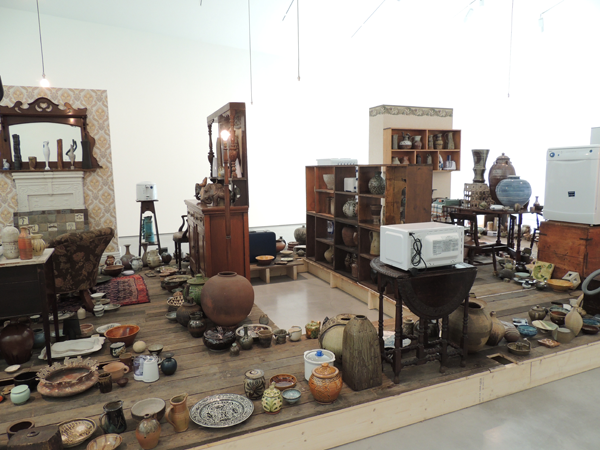 The next photograph shows Matthew Darbyshire piece in the context of the room in the Hepworth Gallery. It shows it as a work of art in its own right that happens to incorporate many works of art within it.

In the follow set of photographs I have tried to focus on specific items of Bill’s collection within Darbyshire’s work of art. This is one of the remarkable things about the piece – you can see it as both a single work of modern art and a collection of less modern art forms put together by a single human being. The photograph containing the bert, the magnifying glass, and the typewriter seem to represent Bill the man. He seemed quite the English eccentric, exhibiting a unique appearance when he was out and about, being easily identifiable from his beret. He was an intellectual, a friend of my grandfather and a very nice man indeed. 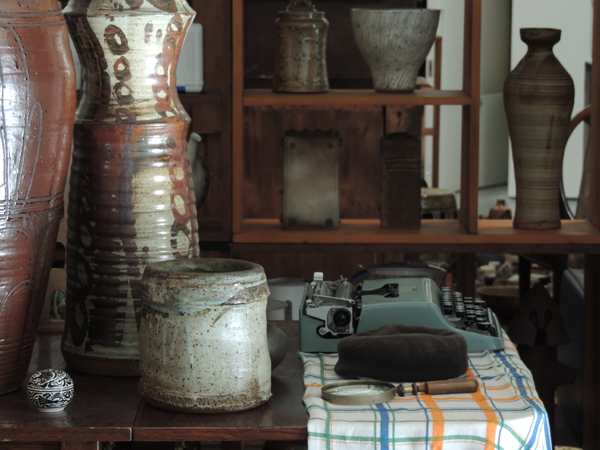 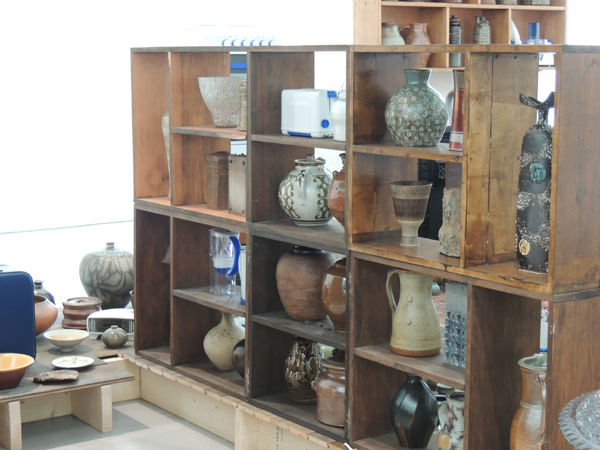 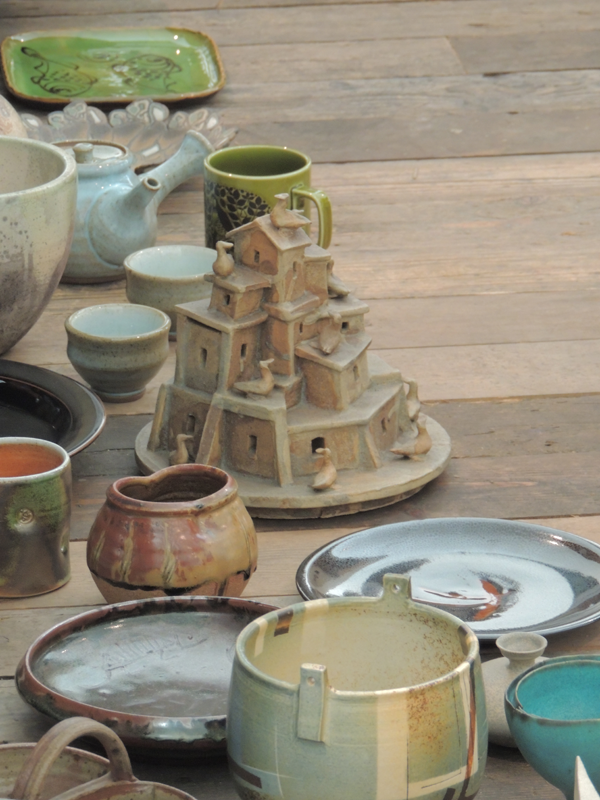 Finally the following video, that can also be found on the Hepworth Gallery website, talks about Bill Ismay himself who left the country such a great artistic legacy.