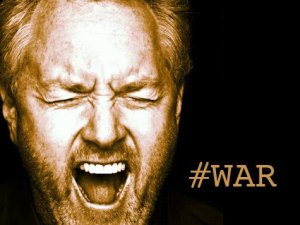 Looks like Karl Rove and his hamster brigade are on the march, threatening to “beat the snot” out of the Tea Party in the upcoming primaries. We’ll just see about that son.

Evidently, the wealthy Progressive elitists on the Right figure they can use money as a weapon and simply ‘out spend’ the Tea Party into oblivion. Instead of the old maxim that they will ‘breed us out,’ they are sticking to ‘spend us out.’ Someone should tell those boys that money can’t buy you love and their flagrant attempt at buying votes and elections will not be well-received by Americans.

The RINOs must be scared to death to launch a full head-on attack against a faction of their own party. Could it be the Marxist dinosaurs sense extinction bearing down on their fat heads? I think so. After the Tea Party winning resoundingly in 2010 and Tea Party warriors such as Sarah Palin, Allen West, Ted Cruz and Mike Lee started having political pull, the RINOs figured that the insurrection by the uppity Constitutionalists simply wouldn’t do. They needed to be put in their respective places, shut up and toe the party line. The Progressives on the Right want Revenge and it is a dish best served cold:

This will not be a coordinated operation. It will be messy, ugly, and prone to backfiring. And if the comeback succeeds, it will be in fits and starts, most likely culminating in the selection of a presidential nominee in 2016.

“Hopefully we’ll go into eight to 10 races and beat the snot out of them,” said former Rep. Steve LaTourette of Ohio, whose new political group, Defending Main Street, aims to raise $8 million to fend off tea-party challenges against more mainstream Republican incumbents. “We’re going to be very aggressive and we’re going to get in their faces.”

(…)”This is a battle we have to fight,” said GOP consultant John Feehery, who has advised top Republican leaders on Capitol Hill. “We can’t just lie down and let this happen.”

He’s right about that, this is a battle we have to fight and it should have been fought long ago. The Progressives within the Republican Party needed to be kicked out. Time to clean house and return to the Constitutional principles that made this country great. A political earthquake is coming on both sides of the aisle and a shakeup in 2014 and 2016 will be jarring to say the least. As Obamacare bites, more and more Americans are going to realize just how much they have been screwed and boy, are they going to be pissed. Pissed enough to vote the Marxist bastards out, I would wager. They’ll be lucky if it only goes that far. People get testy when they are hungry and suffer under the boot of a tyrant.

So, Republican strategists, donors and party wonks are busily conspiring to run attack ads against Tea Party candidates for Congress. These same hacks want open primaries vs. state conventions and are taking on conservative groups such as FreedomWorks, The Heritage Foundation, the Senate Conservatives Fund, the Club for Growth and every Tea Party and 912 Project out there. What we have here now officially is one party — the Progressive Party vs. everyone else. The other party that is being borne out of this is the Tea Party which will replace the Republican Party from within. The patriots are itching for a coup that wrests control of the Party of Lincoln back into the hands of Constitutionalists from every walk of life. The Tea Party is mainstream – it is America. And as these RINOs spend their money and run their ads, they should remember one thing… Americans love a good fight and every evil occupation deserves a good resistance. I say tea all around.

Karl Rove has become a monster:

Another group targeting the Tea Party will be Karl Rove’s Conservative Victory Project, an arm of the Crossroads super PAC. They plan to vet GOP primary candidates with the goal of sending the most viable conservative to the general election.

He is the George Soros of the Right and needs to go away — seriously. He fancies himself the head of a Progressive Right mafia. But his deal is one we can totally refuse. Americans don’t like what they see in big business and big money trying to manipulate the masses into slavery. They are not falling for Amnesty for All or for the bigger is better government push by a bunch of political slum lords. Oh, but the Republican powers-that-be fear Ted Cruz:

Because efforts to roll the tea party typically provoke activists to roar back stronger than ever, the old guard is stumped in some instances. Ideally, the establishment would figure out a way to channel the movement’s passion into electoral victories in 2014 and 2016. But how do you control Texas Sen. Ted Cruz, the Republican ringleader of the shutdown, who may not count enough friends on Capitol Hill to rename a post office but whose real power comes from outside Washington?

That last sentence is music to my ears and Cruz’s real power does indeed lie with ordinary Americans. And that power will rise and restore America once again.

Either the Republicans will turn and get their act together or they will be the Whigs (they pretty much already are). Progressives on the Right who are declaring war on the Tea Party should think twice. Are they willing to lose it all? Constitutionalists are willing to fight and die for their freedom. Are you ready for a fight? 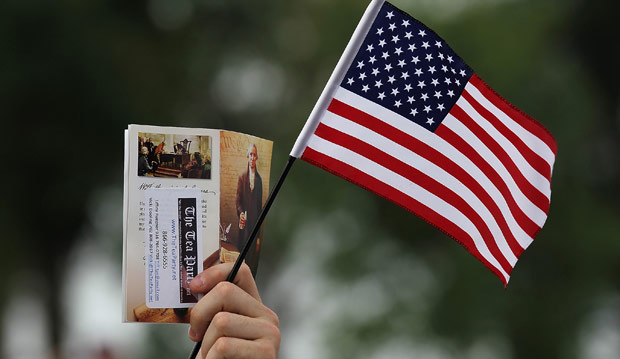 South Carolina Tea Party Coalition: The Tea Party movement may only be a few years old, but the beginning of the movement is often misunderstood and misreported. While the tea party is often portrayed as being purely an anti-Obama movement, the truth is that the Republican Party has always been as much a target as President Obama and his administration.