Two More Casualties from the ‘War on the Military?’ 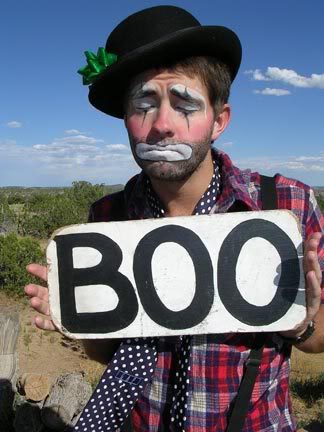 The sign will soon read “Will Work for Responsible Government” – mark it down.

I’m sorry to have to come across as a cruel hearted fellow (nah, I’m not really sorry), but, as we go forward with the series of biblical plagues emanating from the Obama administration and the Democrats in Congress and I hear sniveling, I’m going to start asking people in a rather direct (translate – rude) manner, “who did you vote for?” Because why? Because elections have consequences, Mr. Tears of a Clown.

Wait for it my friends, it’s coming. Democrats wailing and gnashing of teeth because utopianism ain’t all that and a bag of soybeans. “It’s my (Democrat) Party and I’ll cry if I want to, cry if I want to. You would cry too, if it happened to you – dadadada dada, dumdumdumdum.”

That’s right, because if you voted for Obama after breezing past the gauntlet of warning signs that everything this guy does is corrupt and everything he touches turns to (your word here – guano, Bandini, excrement, scat, poop, dog doo, cat caca, Chocolate Kim-Chee, horse droppings, etc.) – then what do you want from me? I’m not crying you a river, you cry ME a river.

You lost your personal physician and you voted for Obama? Here’s a box of Kleenex. Your insurance coverage got dropped and you re-elected a guy with a ‘D’ behind his name? Let me call you a Whaaaaaaaaambulance. Actually, let me call you an idiot.

Lose your insurance plan and you voted for the Ass Party? Quicher bitchin – you’ll never break this heart of stone.

You just got sticker shock when you saw the higher premiums and restricted choices that come with being rounded up and forced on the Obamacare Cattle Drive North into the brave new land of Monopolized Medicine – and you voted for a ‘progressive’? Sorry pal, buy your own beer to cry into.

Did you vote for a neo-con GOP candidate or a Statist Democrat and you don’t appreciate Big Bro tracking your movements and creating a profile of your activities? Stop your sobbing, sister – it was you that decided to give up your liberty for a guarantee of security. See this guy on the back of this bill (Benjamin)? (That’s a $100 bill for those of you out in Rio Linda.) He (Mr. Franklin) warned that with a deal like that, you get neither.

Don’t like seeing us (the United States Of America) embarrassed and shamed on the world stage by a woman on an ego trip (Hillary Clinton) and a criminally negligent Counterfeit In Chief – leaving an Ambassador and his security team twist in the wind (see Benghazi)? Did you give the Manchurian President a second term? See my shoulder? I’m keeping it dry, go find another.

Is your income down (if you have a job!) and your living expenses up and you voted for a big government politician? Do all your weeping in the rain – I don’t want to see it. Energy prices kicking you in the butt every time you fill up your vehicle just to go to work – and you voted for an anti-energy development extremist? I can’t hear your moaning, I’ve got cotton in my ears.

You say you had a full time job and now your boss has cut your hours down to part time because he can’t afford the employer mandate of Obamacare and you clipped the chad next to the Donkey’s name? Do me a favor, drop a dime on someone who cares. It ain’t me babe, no no no, it ain’t me babe – it ain’t me you’re looking for babe. So, I like Dylan, sue me. But I’d get up in his grill and ask him what the hell he was thinking entertaining at those O’BullCrap election rallies. Bobby Zimmerman (not related), what the SHELL sign with the burnt out ‘S‘ were you thinking?!?!?

What’s that you say, your credit card is maxed out and the economy still sucks and your 20 something kid(s) is / are living at home? Did you take MSNBC’s voter guide with you to the election booth? Heartbreak Hotel is just down the block and round the corner – yeah, you make a Left. That should be easy for you – making a Left, that is – Fool!

What? So, you didn’t even bother to vote at all? You got your troubles, baby – I’ve got mine. Now get out of here before I go R Lee Ermey on you, you JackWagon!

Obamacare enrollments got off to very slow start, documents show

Video: Mike Lee on ‘What’s Next for Conservatism?’