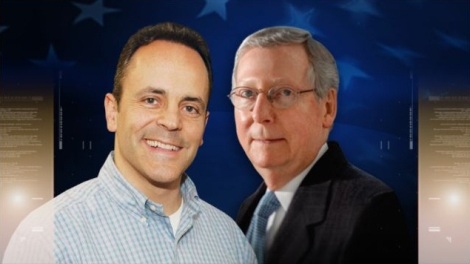 McConnell has a ‘Tea Party’ challenger

The Boston Red Sox may have won the World Series last week, but the boys in the GOP are still playing “hardball.” 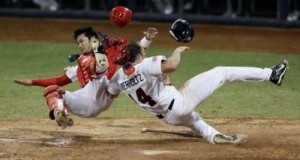 “This is happening because Mitch McConnell is having a complete meltdown,” adds Matt Hoskins, executive director of the Senate Conservative Fund. “He can’t defend his record, so he’s threatening and attacking everyone who disagrees with him. He’s so rattled, he has decided to declare war on the entire conservative movement, which represents the very people he needs to win re-election.”

The declaration-of-war has been duly accepted, and the Madison Project, like the Senate Conservative Fund, has identified the failed leadership of McConnell as the reason he should be their “primary target” for 2014. Both groups have endorsed Matt Bevin to challenge the GOP Senate leader in the Kentucky Republican Primary next summer. Even the New York Times is paying attention to Matt Bevin due to the strategic nature of this battle.

McConnell has become an expert at the “inside baseball” that he plays every day with Harry Reid; he voted to fund Obamacare and even stole an extra base by getting the Kentucky Kickback included in the otherwise “clean” continuing resolution.

It remains to be seen how many people who have been hit by the Obamacare screwball will recognize Mitch as the pitcher who could have “waved off the sign” from Harry Reid and just walked off the mound with Team Cruz.

How many out-of-state people will throw their support behind Bevin and retire McConnell? Only time will tell. 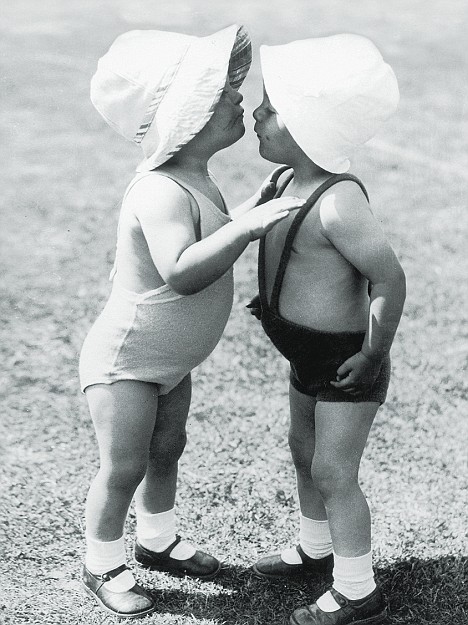 Every week on Monday morning, the Council and our invited guests weigh in at the Watcher’s Forum with short takes on a major issue of the day, the culture or something that’s just fun. This week’s question: What’s Your Earliest Childhood Memory?

The Razor: Memories have been scientifically proven to be quite fallible, especially those of children, so I’m not sure how accurate my memory is. It is possible I saw the video later, but there is no way to prove it either way. Nevertheless I have always believed that my earliest memory is, at the age of 20 months, seeing the video of Robert F. Kennedy getting shot.

My family was Irish-Catholic New Deal Democrats. The Kennedy family was the embodiment of the American Dream combined with enlightened leadership, and the Kennedys were spoken with almost as much reverence as the Pope and the Holy Church. It wasn’t until I was in college that I was old enough to assess the Kennedy legacy subjectively, and even today, as a registered Republican and libertarian, I still hold JFK and RFK is higher regard than most. The assassinations struck my family hard, and I remember what to me were the sound of balloons popping and everyone around me crying. How accurate is this memory? I wish I could say, but it’s the earliest one I can date.

Another early political memory is of President Nixon’s visit to China. I was a little over 5 years old at the time playing with my infant niece. I remember saying “Peking!” and making her laugh while watching televised footage of the visit. Over and over I said “Peking!” and she laughed that rugged laugh of the infant that they quickly grow out of yet is so wonderful to elicit, especially when one is a child himself.

Bookworm Room: Two words: Kennedy’s assassination. I was just over two at the time, and my next memories don’t kick in for another two years, when I was about four.

The Colossus of Rhodey: The ambulance taking my mom to the hospital for the birth of my youngest sister. I was three.

JoshuaPundit: The earliest memory I have would have to be from when I couldn’t have been more than two.One of the first places we lived was an apartment in Santa Monica, California. It had an eat in kitchen and a black and white checkered floor and I have a real clear member of me and my Day (Z”l) playing ball with a pair of balled up socks…him rolling the ball towards me and me going after it and laughing a lot. From around the same time, I also recall a favorite toy, a stuffed monkey I called (of course) Mr. Monkey. He looked vaguely like Curious George, only with black fur and red overalls.

The Independent Sentinel: My earliest memory was when I couldn’t breathe while suffering from the whooping cough.

My mother took me by the feet, held me upside down, and hit my back hard several times. She later said I turned blue.

I remember the doctor who came to the house. He was nice but looked sad. There were people whispering outside the bedroom.

My mother later said I was a year-and-a-half old. I don’t know if she was right about that but I didn’t have the language to find out what was going on so I must have been very young.

My mother said at the time that I would forget all about the episode so I decided to remember it.

The Glittering Eye: I’ve been wracking my brains such as they are, trying to identify my earliest distinct memory. Since I’m probably the oldest member of the Council, as you might imagine, that would be from quite a while ago—from before most of my fellow Council members were born.

Like many people I have many memories from when I was five or six or more years old. For example, I remember Eisenhower’s first election campaign, MacArthur’s farewell speech, and so on but those aren’t my earliest memories. Oddly, I don’t remember Truman as having been president. Since he had once asked my dad to be his campaign manager I would have thought I might have remembered it.

My dad was what is now called an “early adopter” so I don’t remember a time without television. That means that I can date certain early memories by television shows that were only shown when I was four years old or younger and never shown in syndication. I can remember several of those.

I am the oldest of five siblings. I can remember when the third child was born and at that point I was less than four then. I can also remember being potty-trained and when I was moved from a bed with sides to one you slept on top of, something that struck me at the time as a dangerously unsafe state of affairs (I’m used to it now). Those must have been when I was between two and four years of age.

None of that compares with my wife’s earliest distinct recollections when she was less than two years old. I have learned that she never forgets anything 😉

Nice Deb: My first memory is of being locked in the bathroom when I was 1 1/2. I remember my mother was outside the door in the hallway, trying to explain to me how to unlock it, but I just wasn’t getting it, and I was crying out of frustration and fear. My dad was at work so she called the fire dept. for help. They came with a big hook and ladder truck, sirens blaring which surprised my mother. She was a bit overwhelmed, not expecting such a big to-do. A fireman climbed up the ladder and broke through the bathroom window. He snatched me up, opened the door from the inside and handed me to my mother, “here ya go, ma’am.”

Mrs. Joshuapundit: I was about three and a half when my younger sister was born. My earliest memory is my mom throwing me a present she got for me out of the window of the hospital.

Mark Musser has communicated extensively about this set of issues and related, important subjects,

His research, contextualization, and interpretation of these relational influences are fascinating and to be heeded. – AW

Environmentalists use ‘science’ to prophesy of apocalyptic ecological doom. Needless to say, mixing science with eschatology is pure science fiction. For a much better appreciation of how environmentalism may actually relate to the apocalypse, tune into my biblical lecture entitled, “Relating Baalism to Environmental Fascism and the Apocalypse” delivered in December of 2012 at the Dallas Pre-Trib Conference 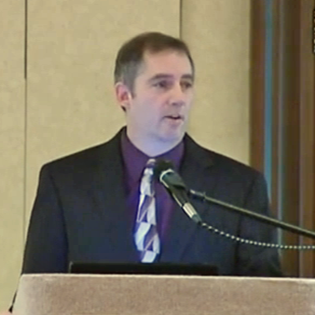