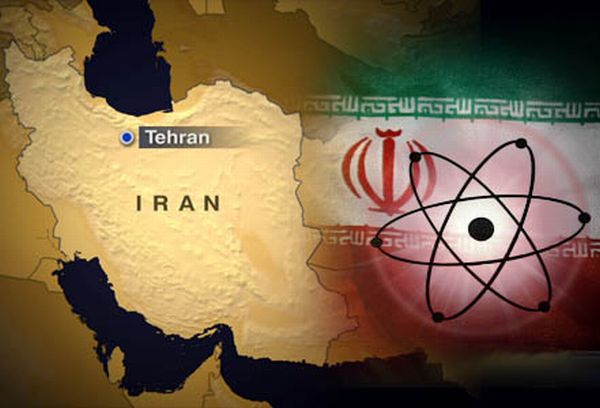 ‘THIS IS A VERY, VERY BAD DEAL‘

There’s an old saying, attributed to Albert Einstein that “Insanity is doing the same thing over and over again, but expecting different results.”

This week’s winner, Joshuapundit’s Endgame: Abbas And The PLO Get Ready To Launch The Third Intifada, is my look at what’s going on lately in the so-called Middle East peace process, what the Palestinians have planned, Israel’s options and where it’s likely to end up. Here’s a slice:

It appears the that farce of the so-called peace process is nearing its end. And as you’ll see, this is exactly how Abbas and company planned it.

It started with an uptick in Palestinian violence directed against Israelis emanating from the Arab occupied areas of Judea and Samaria, and a corresponding decrease in security cooperation between the IDF and Abbas’ security forces in the last several weeks.

At the same time, this was coordinated with a massive outpouring of calls from PLO officials to halt the peace talks and formulate what they called an “overall national strategic revolution”.

Meanwhile, Palestine’s unelected dictator Mahmoud Abbas has been blatantly violating the conditions under which the peace negotiations were started. He’s been making the rounds in Europe urging EU countries to enact sanctions against Israel and avoid conducting any economic, academic or cultural activity with Israel that might involve East Jerusalem or the Jewish communities in Judea or Samaria, referring to East Jerusalem as “the capitol of our state, Palestine.”

In an ominous twist, Abbas called for EU countries to take legal action against their nationals whom have dual citizenship and live in these areas. London-based Al-Quds al-Arabi reported that the PA has demanded of a number of EU countries that the citizens they have currently living in “illegal” communities should be either pressured to leave or be stripped of their citizenship.

As a final move, Saeb Erekat, formerly the right fork of Yasser Arafat’s tongue and now the chief Palestinian negotiator ‘resigned’ (and later retracted his ‘resignation’) presented Israeli negotiator Tzipi Livni with an ultimatum that is the PLO’s final position. It pretty much lines up with what Mahmoud Abbas has always said, that no concessions at all will be made to Israel in any peace settlement.

There was an agreement between the Israelis and Palestinian negotiators to keep the negotiations quiet, but PLO sources have leaked the details, and there’s really no surprise here.

The Palestinians are demanding over half of Jerusalem, including control of all of the major Jewish holy sites. They claim all of Judea and Samaria, although they’ve agreed to consider a land swap of no more than 1.9 percent with Israel in exchange for money and an equivalent amount of Israeli land.That 1.9 percent would essentially be meaningless since it isn’t anywhere near the amount of land necessary to incorporate the majority of Jewish communities into Israel. Geographically, it would amount to a defenseless enclave surrounded on two sides by the Palestinians.

The PLO’s demands further include the Hula Valley and the Valley of Elah, and the strategic Latrun area, the chokepoint that overlooks the road to Jerusalem and could isolate Jerusalem in the event of war. And They want all of these areas handed over to them judenrein, Jew free. They want full control of all the aquifers in the area, thus retaining the ability to threaten Israel’s water supply. And they demand that Israel formally give up any claims under international law to the area by agreeing that these areas are ‘occupied territory’.

They refuse, on the other hand, to recognize Israel as a Jewish state,paving the way for further demands later. And they insist not only that all of the convicted terrorists now in Israeli jails be freed, but that all Palestinian refugees be given the right to settle in what’s left of Israel.

Six months after Israel creates 500,000 Jewish refugees, retreats to indefensible borders, allows what’s left of the country to be swamped by genocidal ‘refugees’ and redivides Jerusalem, they will receive in exchange a piece of paper signed by an unelected 75-year-old dictator who doesn’t even come close to controlling all the Palestinian factions – even his own Fatah.And someone who might very well be overthrown by Hamas if left to his own devices, which would make the agreement even more meaningless than it already is.

In our non-Council category, the winner was a fine piece written by Council Alumnus David Gerstman for Le·gal In·sur·rec·tion, LBJ: Return to pre-1967 borders “not a prescription for peace but for renewed hostilities”, submitted by Rhymes With Right. It’s proof, if it were needed, that when it comes to the Arab-Israeli conflict, nothing really ever changes.

Okay then, here are this week’s full results. Both The Mellow Jihadi and The Right Planet were unable to vote this week, but neither was subject to the usual 2/3 vote penalty: